Rekha Sharma writes: They are totally at variance with what a bench presided over by the then Chief Justice S A Bobde had said on December 17, 2020: The farmers have a constitutional right to continue with their protests as long as their dissent did not descend into violence. 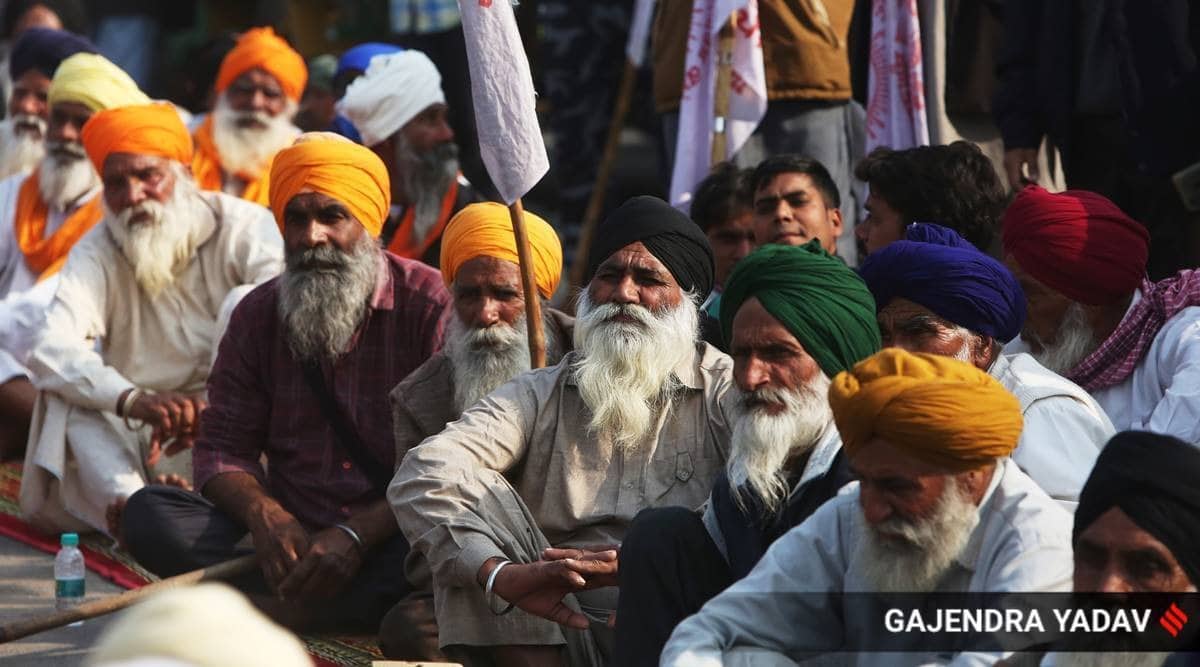 Farmers protesting at the Delhi borders against the three farm laws are at the receiving end again — this time of the Supreme court’s ire. On September 30, while hearing a petition of a single mother who complained that it is taking her two hours instead of 20 minutes to travel to Noida, the court observed that public roads and highways cannot be blocked perpetually. On the following day, another bench of the Supreme Court was even more scathing in its observations against the farmers. The petitioner before the said bench was the Kisan Mahapanchayat, seeking permission to hold a peaceful protest at Jantar Mantar. The Bench reportedly said, “there is no question of holding the protests when you have come to the courts. You have strangulated the entire city, and now you want to enter the city and hold protests”. With the greatest respect to the members of both the benches, they are being very uncharitable to the farmers.

The aforesaid observations of the Supreme Court are totally at variance with what a bench presided over by the then Chief Justice S A Bobde had said on December 17, 2020: The farmers have a constitutional right to continue with their protests as long as their dissent did not descend into violence. It further observed “we clarify that this court will not interfere with the protests in question. Indeed, the right to protest is part of a fundamental right, and can be exercised subject to public order.” Should the Supreme Court be seen as speaking in different voices?

No one has alleged that the farmers are a threat to public order. The Haryana government fired the first salvo against the farmers by putting barricades at the Haryana-Delhi border, digging up the highway and using force, including tear gas, and water cannons to prevent them from entering Delhi. The Samyukt Kisan Morcha claims that as many as 248 farmers died within just 87 days of the protests. Some unconfirmed reports put the figure of deaths at over 600. How many policemen have died at the hands of the farmers? Fortunately, none. This goes to show that the farmers’ protests have been peaceful.

Starting from our freedom struggle, history is replete with instances of agitations and dharnas at public places. In the recent past, Anna Hazare’s India against Corruption movement was allowed at Jantar Mantar. Similarly, Ramdev was permitted to hold his sit-in at Ramlila Maidan. The farmers have also been seeking permission to assemble at Ramlila Maidan or Jantar Mantar, but till date they have not been granted permission. Why are the farmers being treated differently? Should they protest and march in the air?

Coming to roadblocks, the farmers have time and again said that they do not wish to cause inconvenience to the public. They allege that it is the police which is blocking entry and exit points at some places to discredit their movement. Has the SC examined this before blaming the farmers? The court has expressed concern over a commuter’s inconvenience, but what about the farmers? Why no empathy for them, given that they have braved scorching heat and chilling winter, rains, hail and storms for almost a year?

Neither has the government shown any inclination to resume dialogue with the farmers. In this context, what comes to mind are the words of Martin Luther King, in a letter from Birmingham jail to fellow clergymen who had objected to his holding protests at Birmingham. “You may well ask, why direct action? Why sit-ins, marches and so forth? Isn’t negotiation a better path? You are quite right in calling for negotiation. Indeed, this is the very purpose of direct action. Non-violent direct action seeks to create such a crisis and foster such a tension that a community that has constantly refused to negotiate is forced to confront the issue. It seeks to dramatise the issue so that it can no longer be ignored.”

The SC says that there is no question of protests when the farmers have come to the courts. Given the fact that the farmers have been agitating since November 2020, and the matter has received national and international attention, has the court shown any urgency to hear the petitions challenging the constitutional validity of the three farm laws? It is believed that the committee appointed by the SC had submitted its report in March 2021 in a sealed cover. Why is the SC sitting over the report? When will its findings be revealed to the public?

In conclusion, let us treat the farmers with dignity and respect. And let us not cut the hand that feeds us.

This column first appeared in the print edition on October 5, 2021 under the title ‘Their right to protest’. The writer is a former judge of the Delhi High Court

Sumalatha says she is determined to contest from Mandya

OTT gave me the chance to be in the middle of the frame. Earlier, I would be on the side: Chandan Roy Sanyal

US ambassador to Russia set to return home for talks