Under the strict 14-day lockdown, even grocery shops and vegetable stores in the city remained shut. 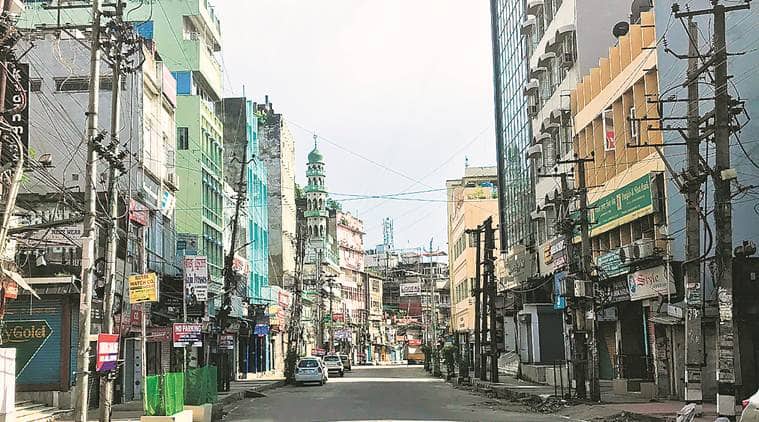 On the evening of June 28, three days before the rest of India entered phase II of unlocking, Assam capital Guwahati went into one of strictest lockdowns implemented in the country to curb the spread of Covid-19.

From June 24 to July 4, Guwahati, the largest city in the Northeast, has reported 2,741 Covid-19 cases. Among those affected are district administration officials, police officers and doctors. The city saw its highest single-day spike of 782 positive cases on Saturday and reported 552 cases on Sunday.

Home Minister Amit Shah has advised the state to try to test 10,000 samples in Guwahati daily. As testing is ramped up, officials fear case count will spike too. One lakh kits of a new rapid antigen detection test, which gives results almost immediately, are being used in the city.

“Guwahati formally entered into the pandemic in the last 10 days. Had the lockdown been imposed late, the situation would have been far scarier,” state health minister Himanta Biswa Sarma told reporters Sunday.

Since the lockdown came into force, the city’s arterial roads have been deserted, except for police deployment and movement of ambulances, healthcare workers and the media. No passes have been issued in this lockdown.

The shutters of all shops in the otherwise busy Fancy Bazaar are down. Except for pharmacies, laboratories, hospitals, some petrol stations, and Covid Counselling Centres, nothing is open in the city.

“The situation continues to be alarming. A large number of city residents are testing positive. We have to continue testing more and more,” said Biswajit Pegu, DC, Kamrup (Metro), under which jurisdiction the city falls.

The scenic boulevard by the swelling Brahmaputra at Uzan Bazar, usually dotted with joggers and couples at sundown, now stands completely empty.

Ujjal Borah, an entrepreneur in the publication sector and a resident of Uzan Bazar, said the lockdown could have been implemented in a more systematic matter. Guwahati witnessed chaos on the streets in the two days between the announcement and the lockdown coming into force as people flocked to markets to stock up on essentials.

“Prices of vegetables shot up — getting potatoes was really difficult and it cost Rs 80 per kilo. I managed to buy only half kg of potato which finished in two days,” Borah said.

With essentials out of reach, some took risks to cash in on the high demand. On Thursday, police seized an ambulance being used for selling vegetables, fish and chicken. Police have now initiated legal action against the accused.

In the two days between the announcement and the lockdown, Ruby Chakravartty, 67, a retired school teacher stocked up on groceries and vegetables.

“We have accepted this lockdown in Guwahati. There is no way out. People have to accept that anyone can get infected in Guwahati today. We need to have the courage that we shall overcome,” she said.

Every vehicle is being checked, say police. “The lockdown has been by and large successful and I thank city residents for it,” said Police Commissioner M P Gupta. “There have been few violations and we have initiated action.”

However, as cases spike, panic is growing.

Maligaon, a bustling locality which also houses the headquarters of Northeast Frontier Railway, was among the first in hotspots in the city. The neighbourhood was locked down five days before the city.

Twenty-one neighbours of Ujjwal Bhowmick, a pharmacist in Maligaon, are hospitalised with Covid. “There is panic among people. In many cities, asymptomatic patients can be home quarantined. But here, as of now, everyone will be taken to a hospital,” he said.

Minister Sarma explained that in a city like Guwahati, it could be difficult for a patient to get a separate washroom in the house. Also, he said, it could be difficult to arrange for a doctor if a patient develops complications late in the night. However, he said, if an apartment society gives a written application that they would have no problem with the patient staying at home, the government would not have a problem.

As Guwahati is the gateway to the Northeast, the lockdown is also having a major impact on businesses.

Dilip Jalan is the owner of two rolling mills, one in Guwahati and another on the outskirts. The slowing down of construction work since March and now the strict lockdown in the city have come as a double whammy for Jalan. Yet, he argued, the lockdown in the city was essential. “It will save us from large-scale community spread. It’s a good decision,” he said.

Kishore Saini (42) resides in Shantipur locality and runs a mobile phone store in Panbazar and an imitation jewellery store in Fancy Bazar. On June 23, he tested positive for Covid-19 and recovered days later.

Saini thinks the local economy might take a lot of time to recover, especially with the strict lockdown now.

“Middle-class traders and businessmen will be hit for some time now. The kind of businesses I am in used to run on credit. But I don’t think that will be possible now. Everyone will want payment right on time now,” he added.

To prevent steep hikes in prices, the state government on Sunday fixed prices of vegetables to be sold from Monday in Guwahati

Nuh shatters wrong notions in its fight against COVID-19