Opacity about drug approvals in India provides fertile ground for promoting dubious science and selling drugs which have not passed even a cursory scientific appraisal. 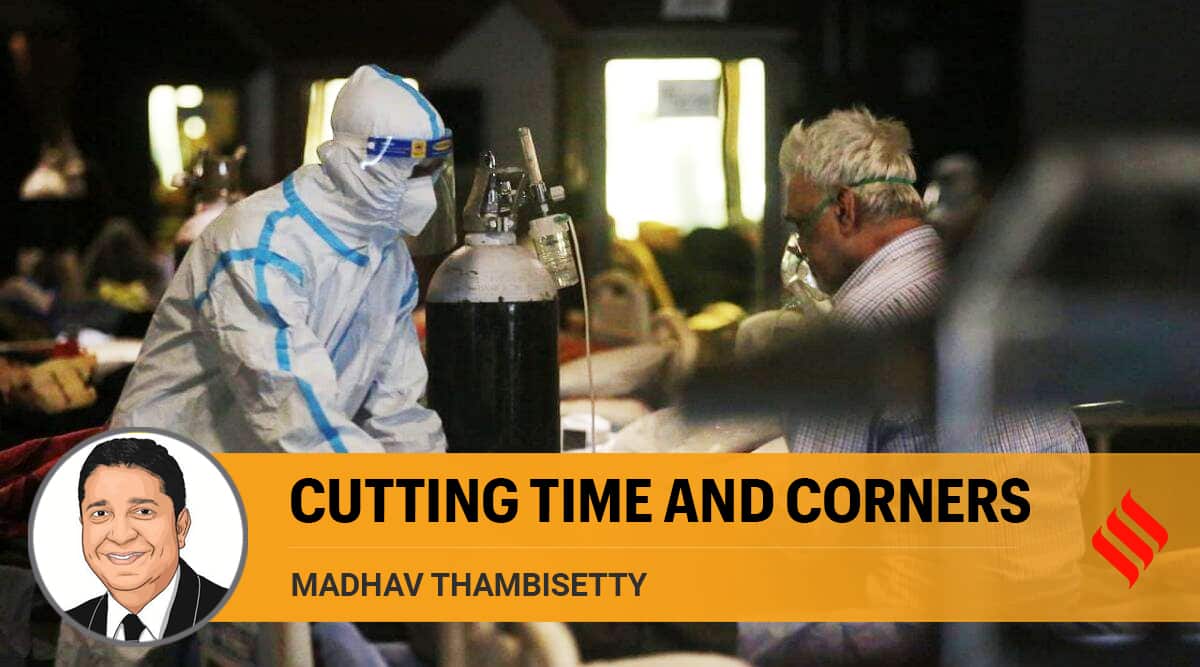 On the same day the world’s leading medical journal, The Lancet published a scathing editorial on the systemic failures leading up to India’s current Covid-19 crisis and exhorted the government to “implement a public health response that has science at its heart,” the Drugs Controller General of India (DCGI) issued an emergency use authorisation for 2-deoxy-D-glucose as an adjunct therapy in moderate to severe Covid-19 patients. It was claimed that the drug could reduce the need for supplemental oxygen in patients and accelerate their recovery. However, there appears to be little objective evidence backing these claims and together with the lack of transparency in the drug approval process, it raises serious concerns about scientific rigour yielding to expediency in decision-making that further exploits the growing desperation of patients and their families.

A search on the term “2-Deoxy-D-Glucose” on the Clinical Trials Registry of India (CTRI) website returns two entries — i.e. a phase-II safety trial registered in July 2020 and a phase-III efficacy trial registered in February 2021. Assuming best case scenarios, the phase-II trial was completed and showed that the drug is safe, which is what successful phase-II trials are meant to do. This study was supposed to have been completed in 40 patients according to the CTRI website. The phase-III trial was scheduled to begin in February 2021 enrolling 220 patients. This is by definition an efficacy study — to test whether the drug is better than only “standard-of-care” (i.e. routine treatment) for patients with moderate/severe Covid-19 infection. Assuming that this trial also showed good efficacy, it is a real gamechanger. If true, we have a relatively inexpensive and safe drug taken orally that is supposed to be absorbed from the gut and reaches the lung to prevent the virus from using glucose in the cells it infects. So, the drug in theory “starves” the virus and blunts its impact on the lungs. While this appears plausible, I spent a couple of hours doing a diligent literature search for any peer-reviewed publications describing these results in Covid-19 patients. The number of peer-reviewed publications by the investigators named in the CTRI website for these studies on PubMed is exactly zero. So, we have two clinical trials that seem to have been completed very rapidly and without any results being published in peer-reviewed journals leading to authorisation of a drug that is, according to media reports, “Easy to produce, easier to consume: for treatment of Covid patients.”

The only publication referencing 2-deoxy-D-glucose in relation to Covid-19 is posted on a website for preprints i.e. manuscripts that have not yet been peer-reviewed and accepted for publication in a scientific journal. The study is an “in-silico” analysis where computer simulations are performed to predict whether a drug can bind to its presumed target. Based on such simulations, the authors conclude that 2-deoxy-D-glucose efficiently inactivates “viral receptors leading to incapacitation of the SARS-CoV-2 virus”. All but two of the seven authors of this manuscript are affiliated with Patanjali Ayurveda. The lead author, Acharya Balkrishna is the billionaire CEO of the company.

Earlier this year, Baba Ramdev, the co-founder of Patanjali Ayurved, released “Coronil”, a herbal Ayurvedic medicine that initially claimed to guarantee a 100 per cent recovery from Covid-19 within a week. Based on sketchy data, Coronil received approval from the health ministry as a supportive treatment in Covid-19 patients. Coronil was launched at a public ceremony in which the Union Minister of Health, Harsh Vardhan participated.

While peer-reviewed publications are not required for regulatory approval of a drug, they are an important “check and balance” mechanism to ensure that a study sponsor diligently followed the registered clinical protocol and that both the results and their interpretation are valid. It also ensures transparency in the approvals process because the data upon which the approval is granted are available to the larger scientific community to examine rigorously. Even if a case can be made that peer-reviewed publication of a clinical trial result is not required and might further delay the deployment of a critical life-saving intervention during a public health crisis, an acceptable alternative would be to bring transparency to the DCGI approvals process by posting the raw clinical trial data publicly and providing accurate transcripts of the deliberations between the DCGI and the study sponsor. This is the procedure that the FDA follows.

I have served on FDA advisory committees deliberating approval of medicines such as the recent application for approval of the Alzheimer’s drug Aducanumab. All the material reviewed by the advisory committee (ADCOM) as well as the FDA’s interpretation of the data were made publicly available before the meeting of the ADCOM which was streamed live to the public. A detailed transcript was available to anyone anywhere in the world a few days after the meeting. On the contrary, the proceedings of the DCGI are remarkably opaque, its website provides little information about its meetings, and there is no way to access even the briefest summaries of its deliberations leading to approval of a drug. This is a fertile ground for promoting dubious science and monetising the desperation of patients by selling them drugs that have not passed even a cursory scientific appraisal.

At a time when we must rely upon rigorous science led by unbiased data to deliver us from the existential threat we face, India appears to have thrown its lot in with charlatans and snake oil salesmen.

This column first appeared in the print edition on May 26, 2021 under the title ‘Cutting time and corner’. The writer is Adjunct Professor of Neurology at Johns Hopkins University School of Medicine

Yes Bank customers can now withdraw from other ATMs

Be proponents of moderneducation, teachers told