In a meeting on Sunday that has set the stage for Monday’s discussions, state chief secretaries called for a calibrated stepping up of economic activities in a video conference with the cabinet secretary. 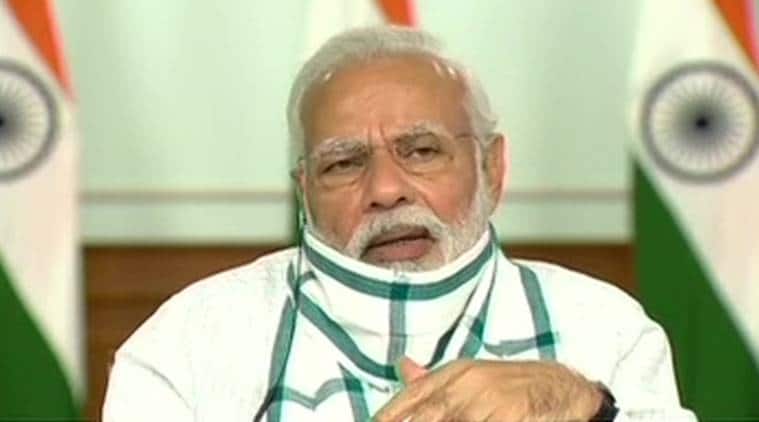 Prime Minister Narendra Modi is scheduled to meet chief ministers of all states on Monday via video conferencing to discuss the way forward in the battle against the novel coronavirus disease (Covid-19). In a meeting on Sunday that has set the stage for Monday’s discussions, state chief secretaries called for a calibrated stepping up of economic activities in a video conference with the cabinet secretary.

“Our understanding is every chief minister favours graded relaxation. They want more liberalisation in the next version of guidelines… this will be a consultative process,” a senior government functionary who is part of the Covid-19 response team told The Indian Express. As for further relaxation for industries, official sources said the first week of the third phase of lockdown has revealed certain aspects upon which states need to step up their administration.
Unlike previous meetings where only select CMs were shortlisted to speak, the fifth meeting called by the Prime Minister will give all CMs an opportunity to share their opinion. Ministers of home and health, secretaries of these departments, chief secretaries and Director Generals of Police (DGPs) of all states will also be present along with the CMs in the meeting.

“Though industrial activities have been allowed in the Orange and Green zones (which together accounted for 603 districts out of total 733 districts as on May 1), there has not been much activity, probably due to non-availability of labour and disruption of supply chains. These need to be fixed. States need to discuss with the industry and other stakeholders to pursue industrial activity in a sustainable manner in these districts,” said an official highlighting the teething troubles in leveraging the relaxations.

The Central government is, however, still undecided on lifting the lockdown completely. Citing instances of crowding when some states opened up liquour shops, an official said, “At times, it is not the virus as much as community compliance that is a problem. This raises alarm bells over compliance with social distancing norms when the lockdown is fully lifted,” said the official underlining the government’s cautious approach. It is most unlikely that shopping malls, cinema halls and restaurants would be opened or gatherings like weddings and political meetings permitted, for an extended period.

The officials noted that 10 states which account for 97 per cent of all cases would remain the focus for Covid response efforts at the Central level. Of these, Maharashtra, Gujarat, Delhi and Tamil Nadu, which witnessed higher caseloads since the lockdown was liberalised on May 4, and today account for almost two-third of all cases, will be closely monitored and attended to, they said.

In the meeting with chief secretaries and health secretaries of states, inputs were sought on the ground situation for a re-zoning of districts ahead of the end of the third phase of lockdown on May 17. Monday marks 48 days of lockdown, with relaxations announced so far yet to make any significant impact resumption of economic activities. States were also asked to reinforce quarantine norms, particularly with reports of migrants in some states leaving quarantine centres complaining of bad facilities.

The rising death numbers have become a cause of concern. In a statement, the health ministry said there are currently 7,740 facilities in 483 districts in all states/ UTs, including hospitals and facilities of the state/ UTs and the Central government. There are 6,56,769 isolation beds, 3,05,567 beds for confirmed cases, 3,51,204 beds for suspected cases, 99,492 oxygen-supported beds, 1,696 facilities with oxygen manifold and 34,076 ICU beds.

To increase testing numbers, the Cobas 6800 testing machine has been now installed at the National Centre for Disease Control which is supporting tests for Delhi, NCR, Ladakh, J&K and various other states. The testing capacity at NCDC is about 300-350 tests per day now, and with Cobas 6800, a high throughput machine with the capacity to test around 1,200 samples in 24 hours, the testing capacity for Covid-19 at NCDC will go up significantly.