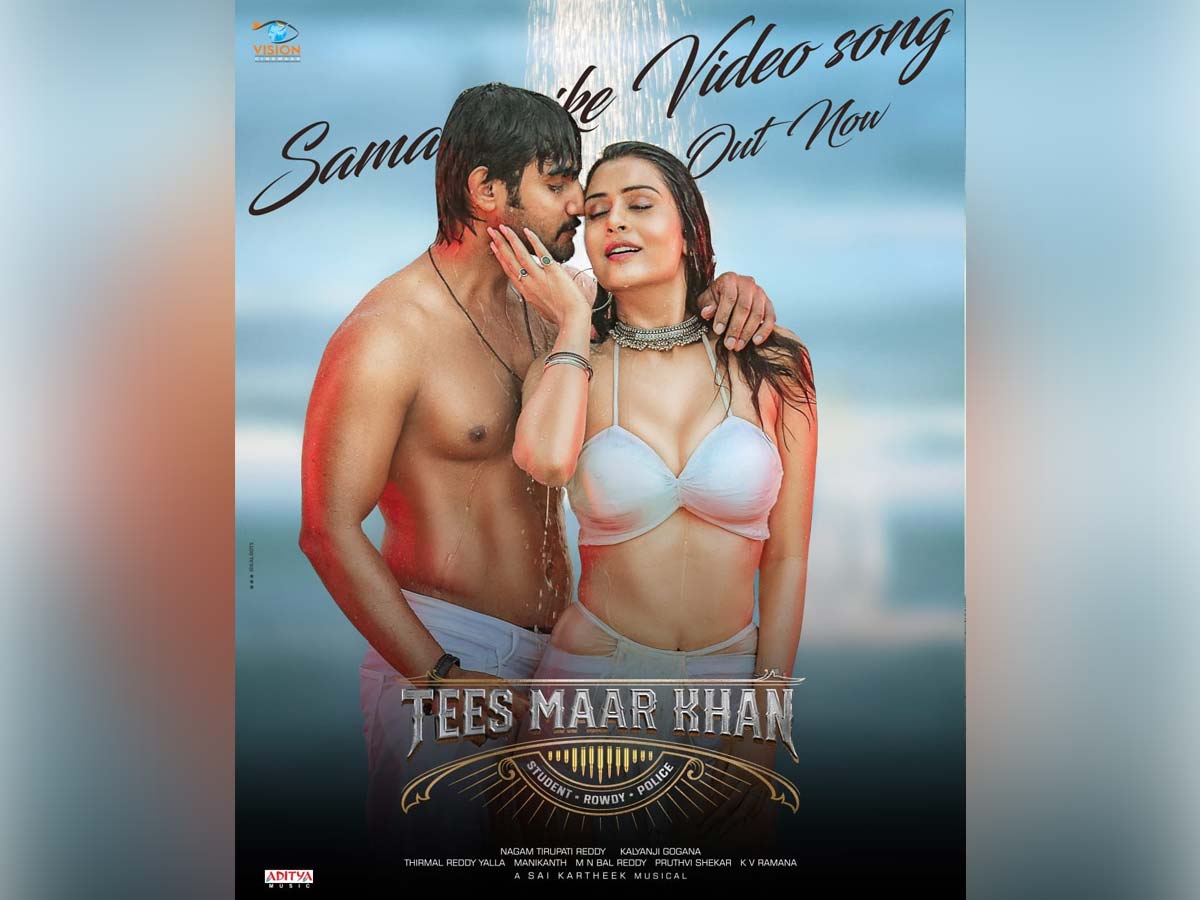 Young hero Aadi Saikumar‘s upcoming movie titled Tees Maar Khan is currently in its promotional stage and is escalating much hype around it. It has Payal Rajput as the female lead. Today, the makers have unveiled a full video song from the movie.

Taking to Instagram, the troupe wrote, “Sizzling song of the year #Samayanike Video Song From #TeesMaarKhan Out Now.” The song is too romantic and the sizzling chemistry between the lead pair is influential. Payal dazzles in seductive outfits alongside Aadi. And not less than her, Aadi also displays his slender physique which aptly makes the song stand as promising.

Moreover, the romantic song is captioned ‘The Sizzling Song of the Year’. Payal Rajput and Aadi’s pair looks cute on screen and one cannot turn his eyes off the video song.

Tees Maar Khan is an action drama movie directed by Kalyanji Gogana and produced by Nagan Tirupathi Reddy under Vision Cinemas banner. Musical tunes were rendered by Sai Karthik. Whereas, cinematography and editing were done by MN Bal Reddy and Manikant respectively.The film is grand releasing worldwide in theatres on the 19th of August.

U.S. vaccine ‘gift’ to India may not be substantial

China-Pak air exercise; Cause for worry?