Under GST law, states were guaranteed to be compensated bi-monthly for any loss of revenue in the first five years of the GST implementation from July 1, 2017. 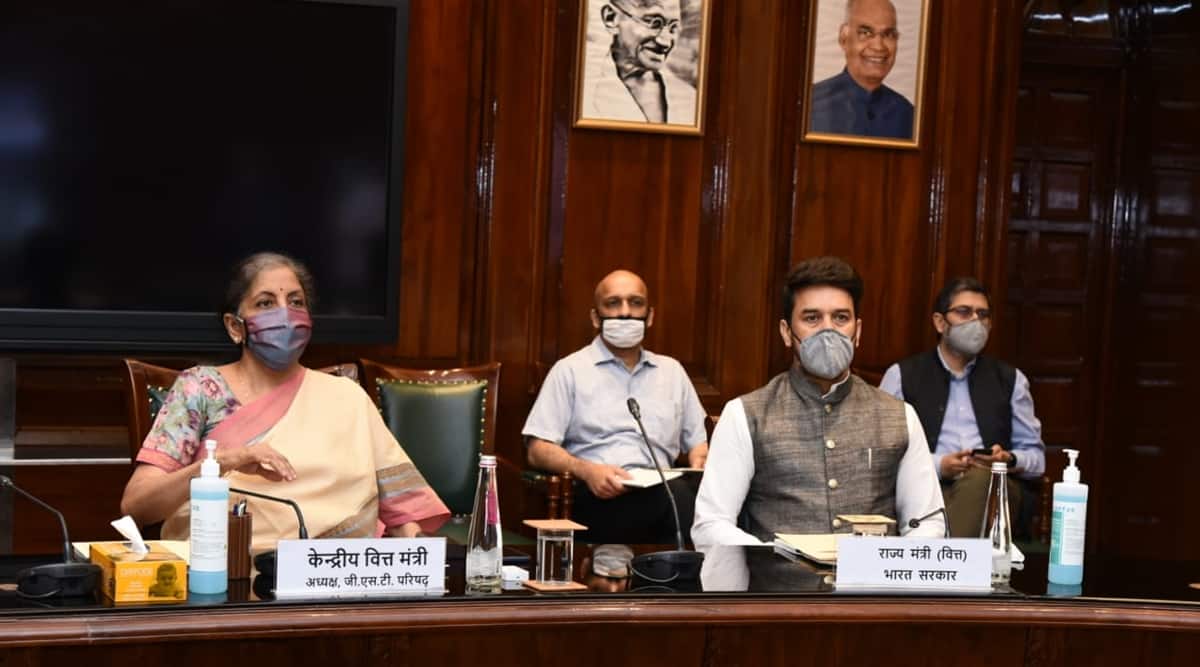 Claiming that an “Act of God” may result in contraction of economy this fiscal, Finance Minister Nirmala Sitharaman, who chaired the 41st GST Council meeting, said the GST shortfall in FY21 was around Rs 2.35 lakh crore. Following a marathon five-hour meeting, Sitharaman said two options of compensating states were discussed.

“Compensation gap which has arisen this year (expected to be Rs 2.35 lakh crore). This shortfall is due to Covid-19 as well. Shortfall in compensation due to implementation of GST has been estimated to be Rs 97,000 crore,” said Revenue secretary Ajay Bhushan Pandey.

The first option presented to the GST Council was on providing a special window to states, in consultation with RBI, for borrowing Rs 97,000 crore at a reasonable interest rate. “The amount can be repaid after five years (of GST implementation) ending 2022 from cess collection,” Pandey said. The second option before the states is to borrow the entire Rs 2.35 lakh crore shortfall under the special window.

Sitharaman said states had requested a seven-day window to think over and get back to the Finance Ministry. “These options will be available only during current year. The situation will be reviewed next year in April and decision made on what is best for the country,” she said.

Compensation payments to states are pending for the four months of this financial year — April, May, June, and July. The Revenue secretary said the total GST compensation to be paid to states was Rs 1.5 lakh crore. “This is so because there was hardly any GST Collection in April and May,” he said.

Under GST law, states were guaranteed to be compensated bi-monthly for any loss of revenue in the first five years of the GST implementation from July 1, 2017. The shortfall is calculated assuming a 14 per cent annual growth in GST collections by states over the base year of 2015-16. Compensation payments to states started getting delayed since October last year as GST revenues started to slow down. The Covid-19 pandemic has widened the gap, with GST revenues declining 41% in the April-June quarter.

Embarking on a development dream

Justin Theroux faces off with neighbor in courtroom

A Cop Sang "I Want It That Way" From His Patrol Car's Intercom, and We Can't Stop Watching