Siachen 1987 reveals for the first time the Northern Army’s ‘intent’ to use Siachen as an excuse to capture the strategic town of Skardu in PoK, notes military historian Colonel Anil A Athale (retd).

Ever since the 1980s, Siachen has been in the public limelight. The very thought that men could live and even fight at heights of 20,000 feet is unimaginable.

Over the last two decades, there have been numerous books on the subject by military experts and defence analysts.

But most of them, with a few exceptions, are secondhand accounts.

But Siachen 1987 by Lieutenant General Ramesh Kulkarni and Anjali Karpe (Harper Collins) published this year fulfills a need for a first-hand account by the general in charge of the operations.

General Kulkarni was the commander of the division that oversaw the operations in Siachen and was ‘the’ decision maker.

It was during this period that India successfully captured the Pakistani post ‘Qaid’ (named after its Qaid e Azam Mohammad Ali Jinnah founder of Pakistan) which was manned by its elite Special Service Group Commandos.

Under the leadership of Subedar Bana Singh, soldiers of the Indian Army achieved this feat.

The only comparable feat one can think of was the storming of Sinhagad fort by Shivaji’s soldiers led by Tanhaji.

Siachen 1987 gives graphic descriptions of those tense moments and is worthy of reading to relive the thrills and tensions felt by all involved in the military operation.

But General Kulkarni’s book goes much beyond that. It highlights the perils of fighting a war on the border while the rest of the army (as well as the country) is in ‘normal’ peacetime.

In addition just at that moment, India was also heavily engaged in Sri Lanka. Policymakers’ attention was naturally focused there and not on Siachen.

This was both a constraint as well a blessing, as General Kulkarni brings out vividly. Problems faced by him are being faced even today by soldiers fighting in Kashmir. 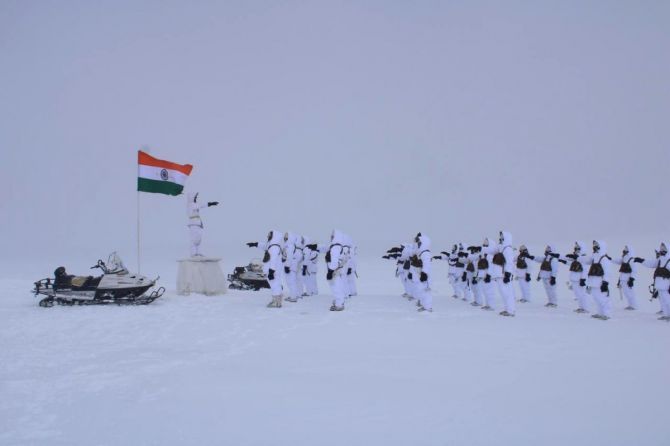 Siachen 1987 reveals for the first time the Northern Army’s ‘intent’ to use Siachen as an excuse to capture the strategic town of Skardu in Pakistan occupied Kashmir’s Northern Areas. This was always floating in army gossip mills at that time.

This is probably one of those great ‘ifs’ of modern Indian history as possession of Skardu by India would change the complete strategic picture of Gilgit-Hunza as well as the eastern Ladakh border with China.

One hopes more research would reveal the circumstances that led to this lost opportunity.

General Kulkarni has described the indomitable spirit of the Indian soldier, who uncomplainingly undergoes privations and extreme living conditions cheerfully.

The account of selfless work by the helicopter pilots in keeping soldiers alive has been rightly highlighted in this book.

This also raises the question about the recent Agniveer reforms in the army that wants soldiers for a short tenure of 3 years!

Would those hastily trained veers measure up to the Siachen heights? A question worth asking. 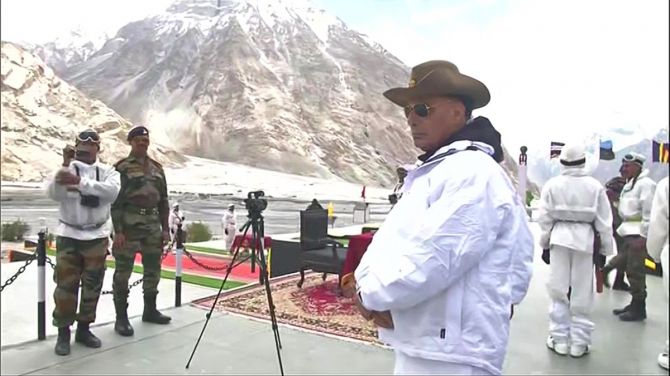 Many times a non-military reader is put off by military history as it is full of jargon.

Soldiers are also notoriously brief and to the point as per their training and therefore difficult to understand.

Luckily, Anjali Karpe, the general’s daughter who has co-authored the book, makes sure that a ‘civilian’ reader is kept in mind.

I have no hesitation to say that this is one of the most readable accounts of military operations that I have read.

Many of my civilian friends have often asked what the soldiers do in peacetime. The implication is that soldiers do nothing in times of peace.

This account of the ‘peace time’ life of the Indian Army’s soldiers should enlighten them. 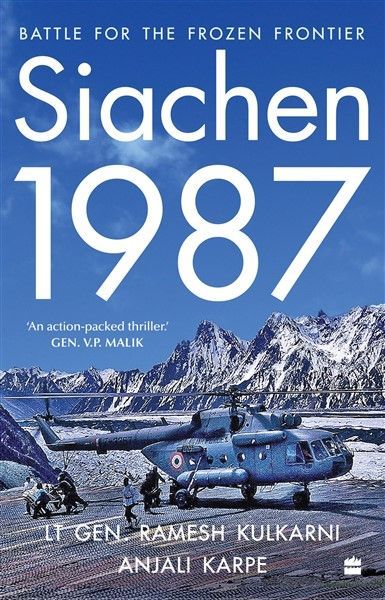 Indians have been notorious in neglecting writing history. Most of our history has been written by foreigners. It is good that this trend is now changing and more and more people like General Kulkarni are writing their accounts to fill in the void.

Anyone interested in understanding the complex strategic issues in Ladakh and Kashmir must read Siachen 1987.

For a non-professional reader, Siachen 1987 offers a glimpse into a soldier’s tough life.

As a military historian, I find this an important addition to the material for understanding our time.

Kodappamund Channel to be revived at ₹ 5 crore

Husband held in mysterious death of woman in Kannur