Given the fiercely competitive political environment, observers naturally associated an element of appeasement with the Shinde government’s move, Shyam G Menon points out. On August 19, 2022, Maharashtra Chief Minister Eknath Shinde informed the state assembly that Dahi Handi would be considered an adventure sport.

As much a part of Mumbai’s festival landscape as the annual GanapatI festival, Dahi Handi involves participants forming a multi-tiered human pyramid which then tries to smash a pot of curd suspended high on a rope.

Held as a competition, it is organiSed to celebrate the birth of Lord Krishna (Janmashtami).

A major attraction in the government’s announcement was that the adventure sport tag would enable Dahi Handi participants (popularly called govindas) to apply for government jobs under the sports quota. As per a report in the Indian Express, the chief minister also said that the Maharashrra government would facilitate a pro-Govinda league with prize money offered by the state besides compensation by government for fatal or other injuries sustained while forming human pyramids.

‘He added that for this year’s festival, if a Govinda dies during the formation of a human pyramid, the kin would get Rs 10 lakh as compensation from the state,’ the Indian Express reported.

‘While those who sustain serious injuries would get Rs 7 lakh, one who fractures a body part would receive Rs 5 lakh as compensation, the Indian Expressreport said. The state would bear the cost of medical treatment. Visually impressive but a trail of injuries

In its report on the subject, the Mid-Day newspaper informed that the Dahi Handi Samanvay Samiti (DHSS) had been requesting the Maharashtra government to declare the activity an adventure sport so that it may not be restricted to one day in the year and instead, be spread out with more competitions.

It quoted a DHSS member saying that the committee was planning a visit to Spain, which has clubs dedicated to the sport of forming human pyramids.

The report said that in the past — in 2014 and 2018 — invited teams of Govindas had performed at events in New York and Spain.

Mentioned herein was the Spanish tradition — seen in Catalonia, the Balearic Islands and in the Valencian community — of making castells (human towers).

According to Wikipedia, in 2010, UNESCO included this tradition in the Masterpieces of the Oral and Intangible Heritage of Humanity. Dahi Handi is visually impressive. Aerial photographs of Mumbai’s human pyramids stun for both the towers built as well as the sea of humanity around them.

The image amplifies the Indian environment.

A classic adventurer valuing open spaces and relief from the human hive may not warm up to this scene.

It is hence no surprise that opinion is divided on whether Dahi Handi is an adventure sport or a religious tradition. But either way, there is no denying the risk in it or for that matter, the skill required to hold a pyramid steady. Every year, injuries — minor, major and sometimes fatal — as part of Dahi Handi,are reported from Mumbai-Thane.

In September 2019, The Times of India reported the case of a 26-year-old Govinda from Thane, rendered a quadriplegic following a pyramid-collapse, who succumbed to his injuries after two weeks in hospital.

He didn’t have insurance. On the other hand, if Dahi Handi is declared an adventure sport, it would force the activity to be more conscious of risk and manage risk better.

Insurance cover was present in Dahi Handi before it got the adventure sport tag.

It operated at group level. Participants in the activity had to first align with a known group of enthusiasts, who subscribed to a group insurance policy with cascading cover for members. 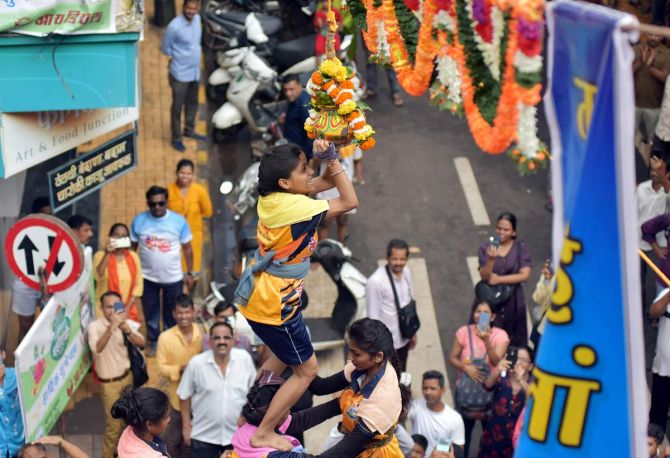 “From the purview of risk, all members involved in Adventure Sports are categorised as high risk irrespective of the sport. There is a high level of risk associated with Dahi Handi, however, it is not similar to that of the actual adventure sports like mountaineering or bungee jumping, etc. which are individual activities. Premium depends on the risk category of the group/participant being covered,” Bhaskar Nerurkar, Head – Health Administration Team, Bajaj Allianz General Insurance, said in an e-mailed response to questions posed.

Asked what structural attributes/qualities an insurer would like to see in a given adventure sport for it to merit accident insurance, he said, “It is desirable that the adventure sports activity is always performed under the supervision of a professional who is aware of the risks associated with the same and is able to provide proper guidance and first aid if required.

“In addition, a certain criterion of physical fitness must be met to participate in such sports. Moreover, the organizer must ensure that legal consent is taken from each participant for participating in the adventure sports after explaining to him/her the hazards associated with the activity.

“The organizer must also ensure and declare adequate first aid arrangements at the time of proposing the policy. Having said this, every proposal would be subject to underwriting scrutiny and would be looked at on a case-to-case basis.”

Better insurance than compensation by government 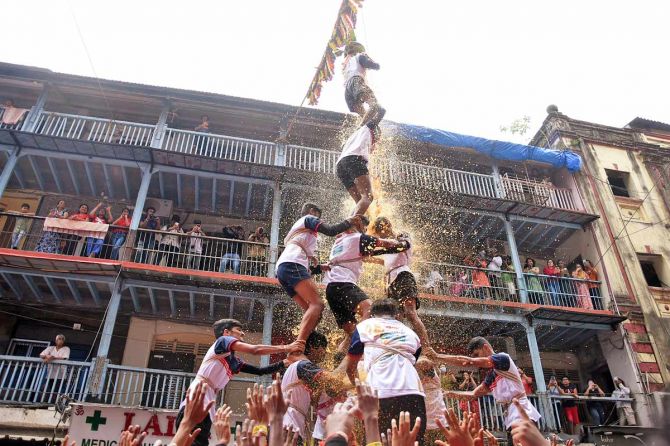 An independent risk management consultant this writer spoke to, pointed out that the onset of regulation in any adventure sport typically followed a growth in accidents.

For instance, a couple of accidents from several years ago and the litigation in their wake was instrumental in Maharashtra formulating guidelines for adventure tourism.

Dahi Handi’s eligibility for similar treatment had been in the air for quite some time.

Arguably, the government has even sugar coated its intervention, for as per media reports, it wishes to expand Dahi Handi’s window of activity by organizing pro-Govinda leagues.

This scaling up should interest insurers, not to mention — enhance the rigour in the activity.

For example, in Maharashtra, rock climbing happens outdoors in summer and winter.

During the rains, climbers frequent indoor climbing gyms to stay in touch with the sport.

The objective is to keep climbing, not lose touch with the sport.

In contrast, a Govinda, this writer spoke to, said that training for Dahi Handi usually starts a month before Janmashtami.

During the rest of the year, expectations are restricted to maintaining one’s body weight for each Govinda has a tier in the pyramid he is used to and the tiers are assigned on the basis of body weight.

Pro-leagues can incentivise regular training; the activity will be analysed and minor details looked into as is the usual practice in adventure sports.

Shinde’s announcement of August 19, raised some eyebrows around the compensation bit.

In India, Maharashtra is among the most active states in adventure sports.

Several related activities, happen in the state; teams of civilians also head regularly to adventure sport destinations like the Himalaya. Accidents have happened.

Prominent persons in the field, this writer spoke to, were not aware of any state scheme offering compensation for fatal accidents and injuries.

Participants are usually covered by their own insurance policies, availed to cover accidents related to adventure sports. 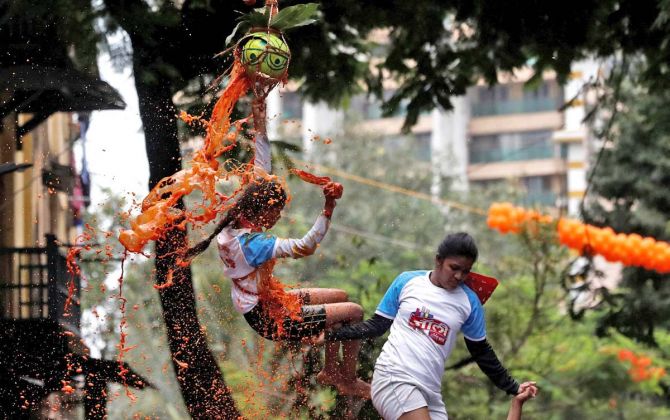 Maharashtra has a sports policy that contains reference to adventure sports.

It mentions provision of financial aid for adventure sports equipment and infrastructure and assistance to mountaineering expeditions. But it does not speak of the state providing financial compensation to a participant injured or killed during adventure sport.

Viewed so, the offer of compensation from the state for Dahi Handi in 2022 (Shinde said it would be paid from the Chief Minister’s Relief Fund), appears to be a temporary arrangement.

Unless somebody is representing state or nation, government offering compensation for injury in sports, would be unsustainable.

An approach to adventure sports, in which only one activity gets financial compensation from the state (read tax payers’ money), may inspire others to ask: Why not us? Particularly, when unlike Dahi Handi, some disciplines out there have a track record of studying risk scientifically.

Risk management is systematically explored and documented in sports like rock climbing and mountaineering.

There are institutes which teach best practices and certify the training obtained.

There are equipment testing standards. Experts this writer spoke to, said government compensation for Dahi Handi is alright as a makeshift arrangement. It should not become a permanent fixture because it tends to undermine the level playing field for sports. 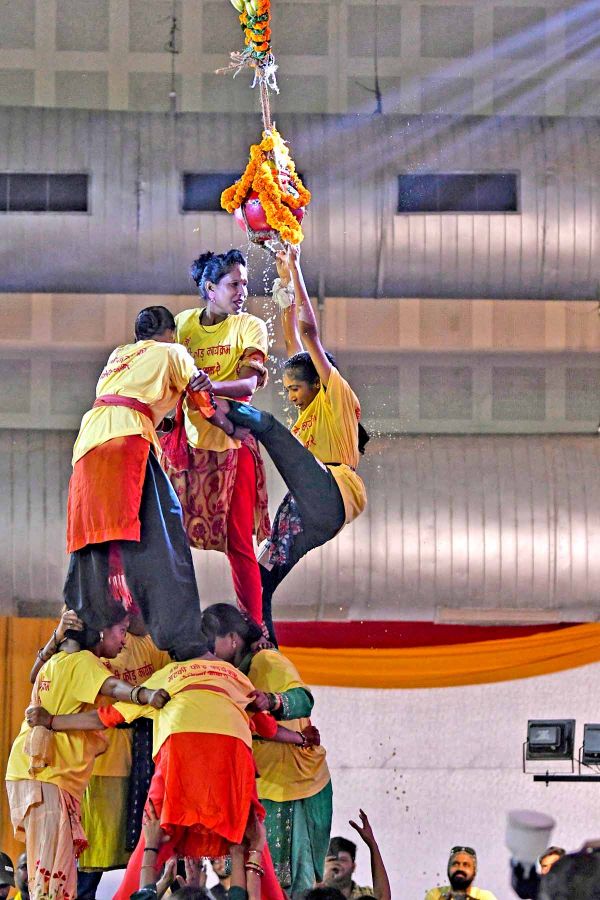 Keep the focus on safety

Given the fiercely competitive political environment, observers naturally associated an element of appeasement with the government’s move.

In The Hindu, an analysis of adventure sport tag for Dahi Handi (by PTI and published on August 21), was headlined thus: ‘In battle for Mumbai corporation, Shinde, BJP try to undercut Sena by luring Govinda troupes.’

Earlier on August 19, Shinde himself had drawn a parallel between the adventure in Dahi Handi and his split in June, from the Uddhav Thackeray-led Shiv Sena.

While comments of that sort betrayed the political mileage making an adventure sport of Dahi Handi offered, what continued constant was the injuries.

On August 20, 2022, Mid-Day reported that by the end of celebrations related to Janmashtami, 222 Govindas had been injured in Mumbai, another 64 in Thane.

On August 23, it reported that a 24-year-old Govinda hospitalised after sustaining severe head injuries in a fall from a pyramid, had died. TS brings curtain down on the old Secretariat complex

Guided tours to heritage sites, markets to restart in Mumbai