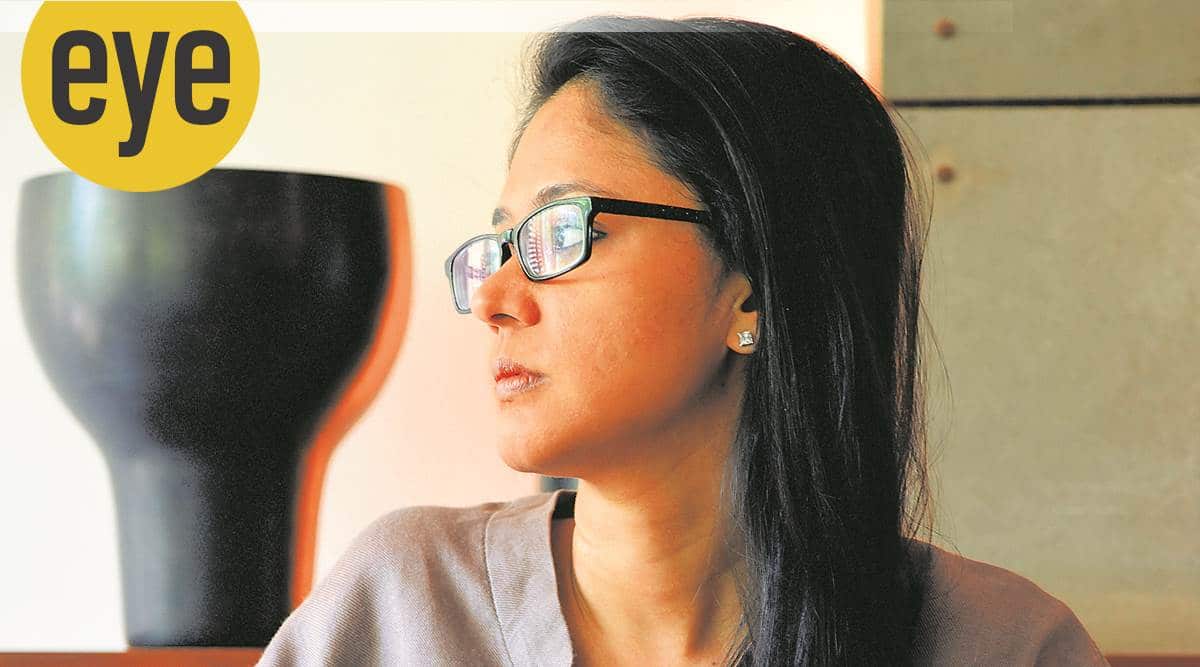 How do you ‘engage with the idea of distance’ in WEARECLOSERTHANYOUEVERIMAGINED, on view at the main railway station in Chemnitz, Germany?

I’m interested in how various subjectivities alter the way we make meaning. Therefore, the idea of distance – physical, geographical, or imaginary – often appears in my works. WEARECLOSERTHANYOUEVERIMAGINED is a motion flap board, the one you find at a train station or airport, a creature of the transit zone. Instead of beaming the usual schedules, as it is programmed to do, it has started to malfunction, and, in doing so, it exposes the aberrations. It has lodged itself in the infinite waiting period, the pauses, the anxieties – otherwise invisible – between the finite space of numbers and destinations. The flap board engages with the idea of distance – socially, economically or geographically – which has been perpetuated, and, on the other hand, the distance we’ve been advised to keep with our hands and face, which is impossible to maintain. We can’t help touch ourselves. The 35-minute piece looks at the idea of contagion, infiltration and seepage, which is especially impossible to contain, in the age of hypermedia. This current moment reminds us that our bodies are vulnerable to the invisible virus, and that we are closer than we ever imagined.

What’s the idea behind making the text on the flap board change constantly?

I’ve made four such flap boards in the past 12 years. Looking back, these objects seem to have unconsciously become repositories of thoughts and inquiries of that period. While there is a central idea in each of them, the text is intentionally fragmented to reflect on the way ‘thought’ can travel, node to node, somewhat also mirroring the hyperlinked, hyper-present, online space. The process of making a flap board is like going on a long inward walk, gathering clouds – to be found in the form of scribbles in book margins, typed in a notepad file, or resolved and unresolved experiences one seeks answers for – slowly weaving them together and blowing them to let them float away. For example, “12:00 Date with Mum Cancelled” refers to time in suspension and not being able to meet my mother owing to social distancing, “17:00 Sirens” is the time police vans outside my streets would drive by, making sure that streets get emptied. Another fragment – ‘What you want to hear is not what it is, but what you want it to be’ – is a response to herding and trying to make sense of the fake messages that keep beeping on my phone. “Don’t Let Them Enter Your Skin, To Know Where You Go, What You Do…” looks at how we are increasingly surrendering our lives to data systems and the risks this entails. Another part references a past project, While I Sleep (2008), and links with the subversive movements which continue in the dark (in the Borderlands Series), that says: ‘Still They Know Not What We Dream’.

Your 2008–09 work, Threat, is on show at Copenhagen Contemporary. Do artworks keep evolving, acquiring new meanings, even after leaving the artist’s studio?

They do. Threat, an interactive installation in which viewers are invited to take a soap away each, was a response to a growing fear of otherness. Currently, as it sits on a street in Copenhagen, inhabiting a shipping container, it opens up conversations around anxiety owing to migration into Europe on the one hand, and a double take, on the other, with the current situation where we’ve become suspicious of almost everyone. Another example would be an outdoor light installation which is currently being shown on Lake Zurich. In the 2004 work, lines from a ruled book rise and get transformed into three interwoven languages – English, Urdu and Hindi – all saying, ‘I live under your sky too’. Fifteen years ago, it was made against the background of religious polarisation. In 2013, when it was shown on the streets in my neighbourhood, some onlookers even drew associations with the 2012 Delhi gang-rape case, very much on people’s mind then. The work is ultimately about the freedom to exist. I suppose, the open-ended and interactive form of the works allows for such wide-ranging readings.

Wheredoiendandyoubegin will be shown next month at Fondazione Merz in Turin, Italy. How integral is writing to artmaking for you?

I am constantly reading a rather broad range of material, from history, fiction, to processes of cognition and even news (not the noise on social media!) – I’m curious to understand things from different perspectives. Listening and reading helps decode the complexities of human feelings. I’m interested in how we construct our mental space, what we like to remember and even forget, consciously, unconsciously or by coercion. Meanings are socially constructed, and, therefore, understanding signs is fundamental in how meaning gets made. Hoardings, newspapers, schoolbooks, internet – we inhabit a highly mediated world. Text is a kind of sign which we beam to each other, and, therefore, it enters my toolbox as a form. It lies in between these mediations and becomes part of my work, which deals with movement and transformation – restriction, amplification, or misinformation – as, in these, lie stories of desire, aspirations, fears and persistence.

You bring in sociopolitical realities, from the voices of silenced poets to border issues, does the perception of your work change according to the location?

Yes, location does have an impact. Today, several places are grappling with a right-wing majoritarianism, resulting in strong feedback for the sound installation For, in your tongue, I cannot fit: 100 jailed poets (2017-18) based on 100 poets who’ve been incarcerated. Many places which have chosen democracy and freedom several decades ago are increasingly dealing with fear being wielded to curtail free speech. In another instance of how location has played out is, I remember, in 2006, when I was showing There is No Border Here flag wall-drawing at Havana Biennial, it was moving to see people weep in front of the work – to have strangers come and give me a hug. I’d made the work after spending time in Srinagar. Then, a year later, I showed it in my own city (Mumbai). The reaction was not as strong as it was in Cuba, where the experience of straddling borderlines is far more intense. Locations can, indeed, have different reactions and so does time. In the mid- and late ’90s, my peers looked at my practice of experimental media, video and installation with discomfort. However, in a rather short period, this changed, and many were incorporating similar ways of working. One is often reminded about the vagaries of time and distance and, in fact, I often even play with this phenomenon, where, in my smaller works in vitrines, the meaning of the work shifts depending on the distance of viewing!

52 labs for testing suspected coronavirus cases made functional in India

After a flop debut, the director wants Nani!

My favourite movies are…