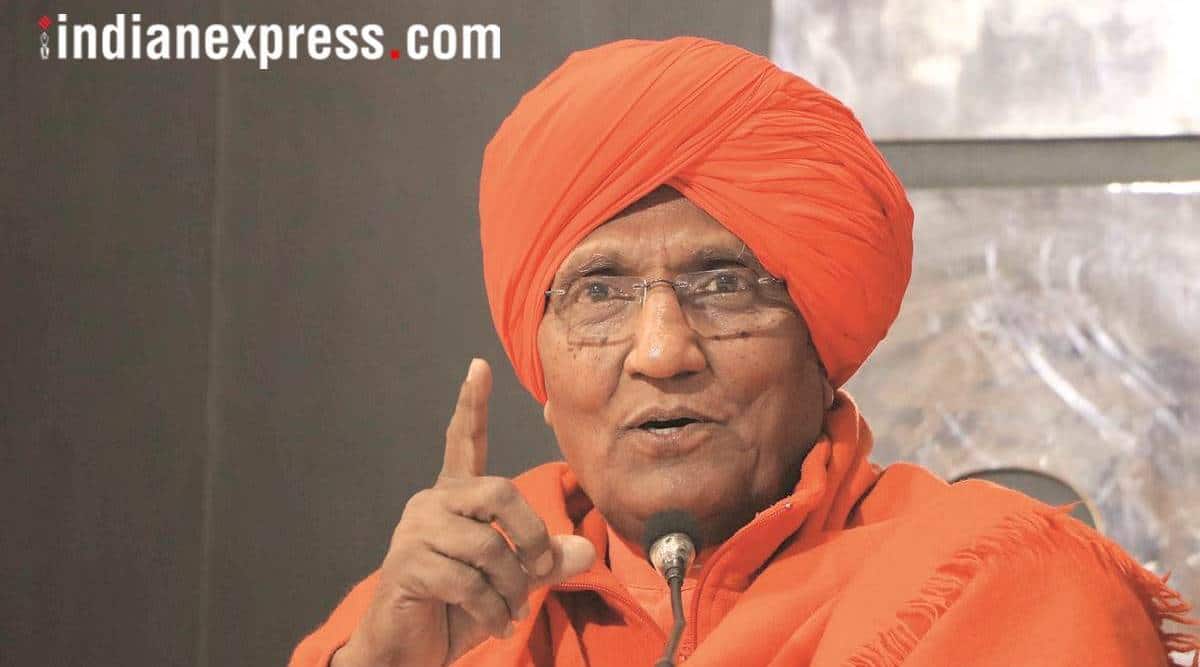 Swami Agnivesh’s unique persona brought special meaning to the saffron robe. Drawing deep spiritual and metaphysical strength from the faith of the Arya Samaj, a religion that was associated with power and hegemony and had no role in social transformation or justice was of no use to him. Through the 28 years of our association, what could have been the relationship between this Swami and a woman, an agnostic and her partner, Javed Anand the same?

This is probably best summed up in the tribute that he paid to our monthly magazine, Communalism Combat on its 10th anniversary in August 2003, a year after the Gujarat violence of 2002: “The passionate commitment that Communalism Combat exemplifies to disinfect the soul of India, countering the cancer of communalism with the antidote of trans-religious solidarity and uncompromising commitment to justice and equality, makes it the foremost bastion of inspired journalism in our times… this association is an engagement of true spirituality.”

Swamiji’s journey into Indian public life is best remembered through the efforts of the Bandhua Mukti Morcha established in 1981 that culminated into the Bandhua Mukti Morcha vs Union of India judgment, the passing of the law to abolish child labour in India and further explorations in the courts on the deepening of constitutional rights of the most marginalised. This commitment never wavered and we saw him take this into the dark reaches of Chhattisgarh for peace talks with Maoists in 2010, where he was attacked by a Salwa Judum mob while on his way to provide relief to hapless villagers. The experience led him to file an affidavit in the Supreme Court, which had an impact on the judgment banning Salwa Judum a year later.

But for those of us battling the corrosive cancer of communalism, it was the Swamiji’s vision of Indian society and state as a multi-hued and diverse, based on an unflinching commitment to secularism and rationality that was so special. He stood tall and proud in his Hindusim at the Allahabad’s Kumbh Mela, opposite the stall of the Vishwa Hindu Parishad (VHP) reclaiming a faith that he saw being both militarised and hegemonised. He marched against the practice of Sati in Rajasthan and he argued with his counterparts from other faiths, questioning notions of “Hell” and “Damnation” and exclusive evangelisation. His commitment to rationality within faith never wavered. “When the Kumbh fair takes place every year, many die in the stampede. People come to ‘wash their sins. I roam around the fair distributing pamphlets about how all this is a spectacle. How washing in dirty waters [of Ganges] won’t wash off one’s sins, but will cause disease!”

We had many disagreements, including over the interpretations of revivalist and reformist strains within faiths, but on no issues of real consequence was Swamiji ever on the wrong side. If there was one blip in this association, it was with events that led to some disillusionment and questions among other, fellow participants in a Peace Train from Delhi to Gujarat in 2002 weeks after the violence. Most relationships endured, however, even as the Swami emerged, albeit with flaws. Who among us, however, can be blemish-less?

Swami Agnivesh’s was an unwavering rejection of an exclusivist Hinduism — as also any such competitive rendering of Islam or Christianity (younger activists could learn from reading his Keynote Address at the World Conference of Religions, a century after Swami Vivekanand’s historic speech). He berated himself and other religious persons from Abrahamic faiths: “As a religious person, I have no hesitation in recognising that religions have failed human beings.”

In 1998, when the Kalyan Singh government was set to make Saraswati Vandana compulsory in UP’s schools, Agnivesh’s sharp detraction was unique. Praising what the Hindu goddess epitomised, he queried: “The wry humour of the situation becomes apparent when we recall that Saraswati is supposed to be the goddess of learning. UP is a state where illiteracy is endemic. Universal education for all children under 14 years of age, as mandated by the Constitution, has not been a priority with any of the successive governments this state has had since Independence… Could it be that the insult to the goddess of learning in keeping millions of people illiterate is sought to be compensated by forcing school children to do in ritual what the government won’t do in reality?… If we forfeit discernment at this juncture, Saraswati Vandana could well end up as a litany in the cult of political power…”

In 2006, when Kashi first, and thereafter Mumbai, our city, was ripped by bomb blasts and terror attacks, it was Agnivesh, Father Frazer Mascarenhas and Mufti Fuzail-ur-Rahman Hilal Usmani, who delivered sermons of wise caution instead of allowing us to collapse into an abyss driven by hate.

No wonder, then, that it is the pallbearers of an exclusivist faith who – intolerant of a powerful symbol in saffron that spoke for a more eclectic Hinduism — who attacked him brutally in Jharkand in 2018 again, in an attempt at public humiliation, disrobing, even lynching. He escaped narrowly but the damage done to an 80-year-old’s health was near-fatal.

Since 2014, he engaged publicly in a direct satire of obscurantist utterances from men in power, even those at the very top. Videos of these speeches drew support in far-flung villages and towns. He can be seen in one expressing his utter disbelief at the Prime Minister’s contention that in ancient India, the Hindu deity, Ganesha, underwent plastic surgery and his head was replaced by an elephant’s. Or another, in which Agnivesh points out, “The PM said that the Kauravas (characters from a well-known Hindu epic, Mahabharata), multiplied themselves into hundreds. This, they achieved through stem-cell transplants”. Agnivesh laments: “Such lies, such pageantry, such superstitions, and India’s PM is perpetuating these! The country will move towards a deep abyss.”

The physical attacks did not stop after July 17, 2018. In August, a month later, he was again seriously attacked, even by a woman as he went to the BJP headquarters in Delhi to pay respects to former Prime Minister Atal Bihari Vajpayee. The last such attack was in Thiruvanthapuram October last year when RSS cadres attempted to manhandle him at a function which the governor was also slated to attend.

For this saffron-robed modern-day Swami, the colour of the robes he proudly sported meant sacrifice, purity and commitment. In a life well and fully lived – one that should be celebrated—he brought a renewed faith in the colour saffron.

At least 14 killed in blast at Afghan rally

From Mumbai, ‘Border cha Raja’ heads for temple in Poonch

Nora Fatehi on Pepeta: A lot of people told me to work on a Hindi song and not English – read EXCLUSIVE interview | Bollywood Life