Amid rising demand for coal freight and an aggressive push towards diversifying its freight basket, Indian Railways is planning to buy 100,000 more wagons over the next three fiscal years. 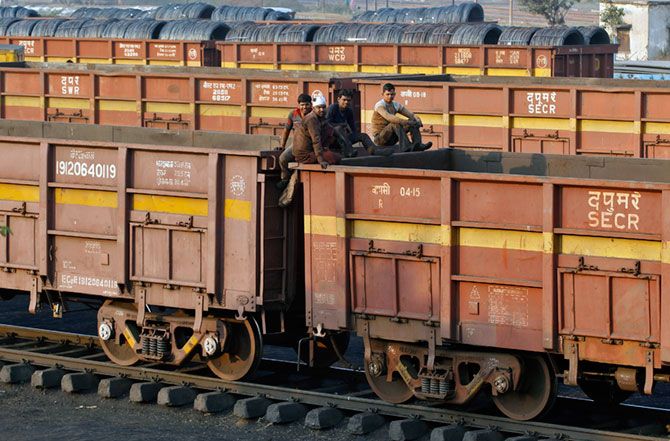 The procurement plan will majorly comprise BOXN wagons, which are used to transport coal, said a senior Ministry of Railways official.

Notably, the railways recently floated a sizeable tender worth Rs 35,000 crore of wagons, which had been in the pipeline since 2018.

“Our Budget Estimates for freight increase were conservative.

“With encouraging freight numbers this fiscal year, we want to attain higher numbers — both this year and in the medium term,” added the official.

According to the Budget, the railways aims to increase its annual freight loading to 1,475 million tonnes (mt), with a projected revenue at Rs 1.65 trillion in 2022-23.

Under the National Rail Plan (NRP), the Centre wants to significantly increase the national transporter’s freight numbers, along with its modal freight share, to 45 per cent by 2030.

Having ferried 1,418 mt this fiscal year, the national transporter will need to account for over 3,600 mt in 2031 to meet its NRP targets.

According to some leading wagon suppliers, stakeholder consultation for this plan has not happened yet, but in previous interactions with the railway board, the industry was keen to have increased wagon supply orders on a rolling or annualised basis.

While the plan is at a nascent stage right now, the anticipated demand for rail freight has given the ministry the impetus to go forward with it, the official said.

Ashish Kumar Gupta, managing director of leading wagon supplier Texmaco Rail & Engineering, feels that soon after the floating of a mega tender, another one to be executed in the same timeline could prove to be a tall order, but not insurmountable.

“This new wagon procurement plan, when it comes to fruition, will be a welcome step.

“The recently floated tender had been in the works for long, and will lead to more investment in capacity upgrade.

“While another tall order like 100,000 wagons could test the industry, ramping up our capacity should not be a big challenge.

“As an industry, we can upgrade our production ability with a steady flow of orders,” he said.

The national transporter will also need to replace its old and obsolete wagons to overhaul its supply system.

“The current fleet of wagons has 10-12 per cent that need replacement.

“An order like this will augur well as it serves the purpose of incremental freight loading and also revitalises the current wagon fleet,” said Gupta.

Recently, the national transporter had also allegedly not provided enough rakes for the supply of coal to thermal power plants.

Against a demand of 441 rakes per day, the railways has been able to allot 405, according to the latest data from the ministry.

Meanwhile, coal freight has increased 111 mt, or 20.5 per cent, in this fiscal year alone.

The additional requirement of coal-ferrying wagons comes on the back of this demand.

Additionally, the ministry also wants to diversify its freight basket, which is largely dominated by raw material right now.

Sector experts feel that last-mile connectivity and smooth operations are vital if it wants to woo corporate clients and add more finished goods to its basket.

According to the data released on Friday, Indian Railways ferried 15 mt more of goods other than its core commodities this fiscal year.

As Cute as Lady Gaga Looks With Bradley Cooper, She Looks Even Happier With Her Fiancé

Here Is What Bunny Replied To Disha Patani’s Query

Can wrong footwear cause health problems?