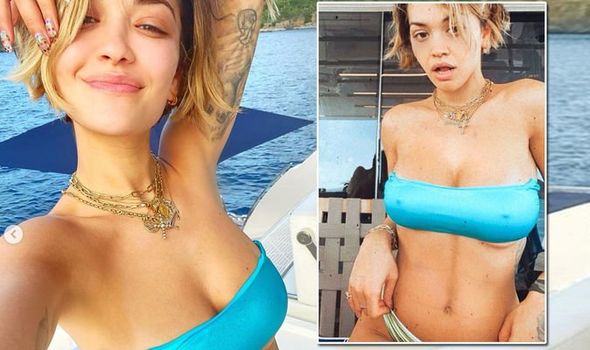 The Hot Right Now singer took to Instagram to with a sun-soaked bikini snap last night and declared her “holiday starts now”.

According to her account, the singer-turned-actress is currently enjoying a well-earned break in the Caribbean island of St Barts with her family, following a very busy year.

In the pictures, which the Fifty Shades actress shared with her 15.7 million followers, Rita can be seen flaunting her figure in a strapless blue and green bikini during a boat trip.

The tiny two-piece showcased the star’s washboard abs and toned figure as she posed up a storm for the camera in the sunshine.

Rita’s strapless number left little to the imagination and went slightly see-through in the sunlight.

She completed her holiday look with a collection of gold jewellery around her neck worn with coordinating brackets and rings.

The fresh-faced singer wore her short blonde tresses in a natural loose style began to reflect on her eventful year. 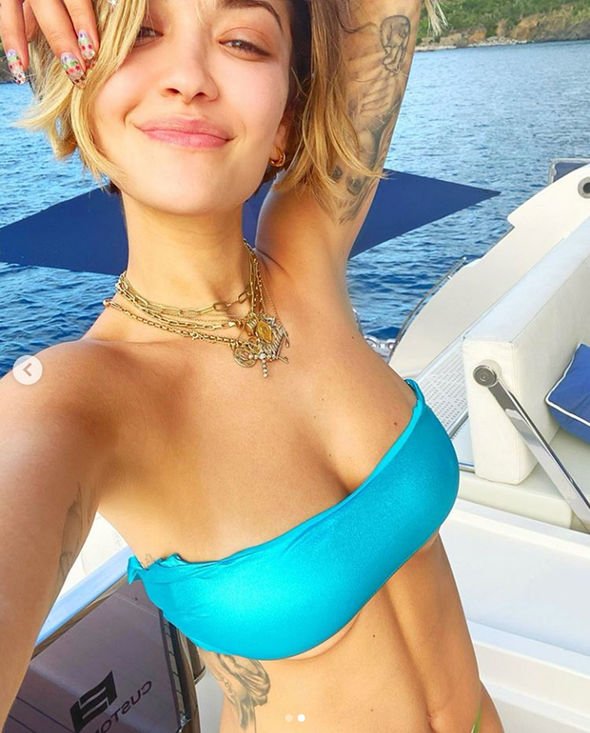 She wrote alongside one of the pictures: “Holiday starts now. 2019…it’s been…busy…one.”

Listing her achievements from the past 12 months, she went on to say: “Movie Oliver Twist (can’t wait for you all to see it next year!) one world tour one tv show 5 campaigns a few magazine covers 4 music videos, prepping for 2020.”

She continued: “launched my own tequila @prosperotequila which got ranked top 10 first year!! (number 7) hmmmm what else?”

Getting emotional, Rita added: “It’ll come to me, it’s late and I’m tired while I’m posting this but I love you and I get moushiiii on vacation so deal with it…”

The pop star signed off by looking ahead to the new year. 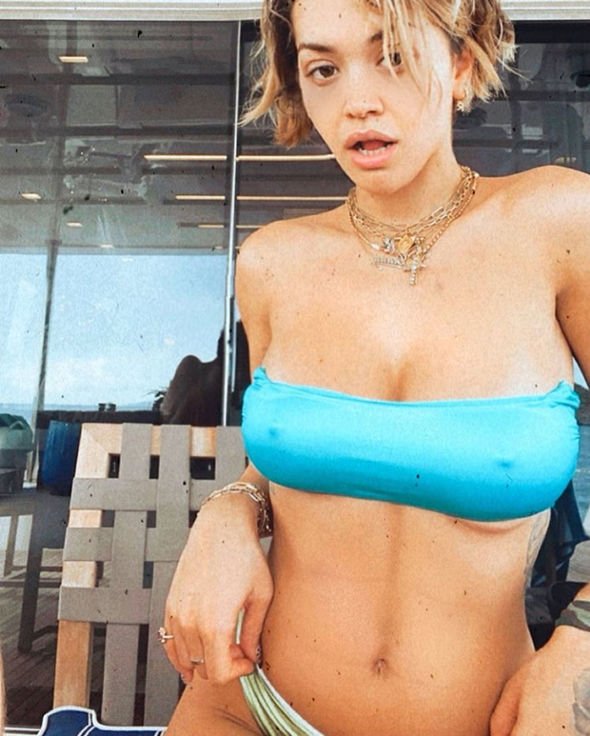 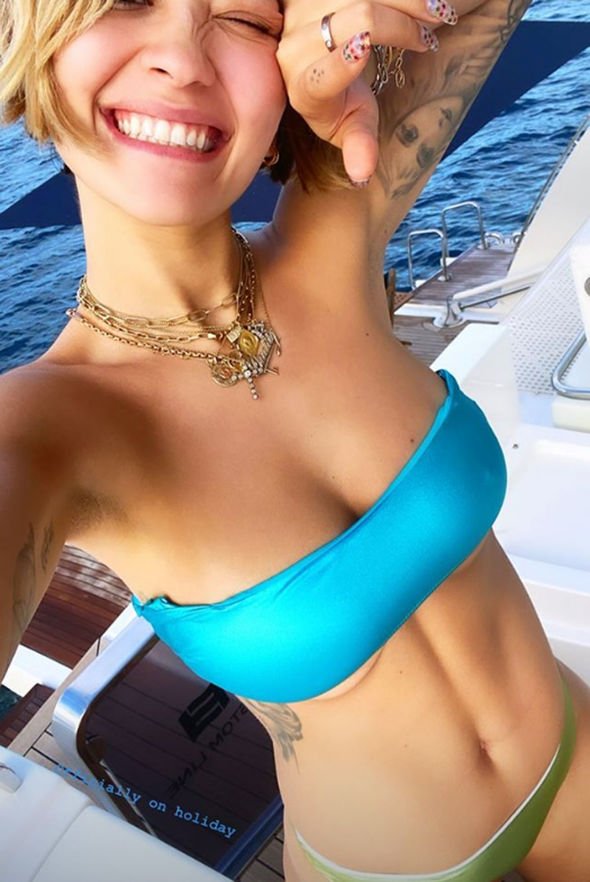 Over the last couple of months, Rita has been filming scenes for the big-budget adaptation of Charles Dickens’ novel Oliver Twist – called simply Twist.

The actress will play the Artful Dodger character alongside rumoured boyfriend Rafferty Law, who plays the lead role.

Rita and Jude Law’s 23-year-old son set tongues wagging at the start of the month, when they were snapped leaving a party together following the British Fashion Awards.

The co-stars were seen holding hands as they left the after party at the end of the night.

Rafferty took to the comments section of one of Rita’s holiday pictures and added a heart emoji.

Ribeiro: ‘Government won’t do anything’

All set for fourth phase panchayatelections in West Godavari district