Three business houses are likely to be in the final race to strike a deal with Germany’s Metro AG for investing in its India unit — Metro Cash & Carry. 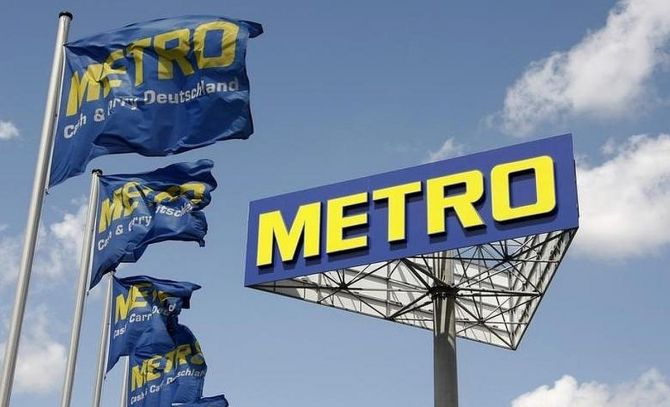 Industry sources in the know named Reliance, Adani Group, and Thailand’s conglomerate Charoen Pokphand (CP) as potential frontrunners to acquire a partial or full stake in the Gurugram-headquartered Metro Cash & Carry, which has 31 stores and 5,000 direct employees.

Around 20 companies, including strategic and private equity investors, were approached by the German chain, inviting them to bid for the Indian wholesale business, according to a source aware of the M&A developments.

The three companies, which could possibly ready their bids, did not respond to Business Standard’s queries sent to them on e-mail. Estimates suggested a valuation of over $1 billion for the target company.

If Reliance were to win the bid, this would consolidate its position in the retail space further to compete with majors such as Walmart, Udaan, D-Mart, and Amazon.

For Adani, a deal with Metro would mean a new front to take on rivals.

It has ambitious expansion plans beyond its own oil and food brands.

Bangkok-based CP Group, through its subsidiary Siam Makro, has a major cash and carry play in many countries.

In 2018, Siam Makro announced stepping into the Indian wholesale cash and carry business under the brand ‘Lots Wholesale Solutions’.

It had committed an investment of Rs 1,000 crore over five years in setting up distribution centres and back-end supply chains.

A successful bid to acquire Metro Cash & Carry would give a leg-up to CP Group’s India plans, another source said.

This could be CP Group’s second attempt to acquire a Metro business.

In 2014, the Thai group had reportedly offered more than $500 million to buy Metro’s Vietnam business but it was turned down.

The German chain, keenly focused on Europe, has been exiting other Asian markets, too, including China.

At present, India, which Metro counts among its top 10 globally, is the group’s mainstay in Asia.

While JP Morgan and Goldman Sachs have been appointed bankers for the Metro Cash & Carry M&A deal, the process is likely to take months and the contours could change depending on several factors, sources in the know pointed out.

Selling 100 per cent of the business would get a better valuation, according to bankers.

The German retail major has refused to put money into the Indian business, even as Metro Cash & Carry needs urgent cash to expand, according to people close to the development.

The Russia-Ukraine war has made things worse with the Metro group suffering significant impairment in an otherwise profitable geography.

The parent company has put in around euro 250 million in the India business since Metro Cash & Carry was launched in 2003, with the last tranche coming in seven years ago in 2015, sources revealed.

During the past seven years, the India business investment came from internal accruals, another source said.

As Metro Cash & Carry, now a profitable venture with 20 per cent of total sales coming from e-commerce, is looking to scale up, it’s learnt to have told the parent company that about $400 million to $500 million would be required in the next four to five years.

This will help the business expand to 150 stores from the current 31 and also compete better, according to those in the know.

In response, the German parent suggested options, including the sale of a minority stake, an initial public offering (IPO), and selling a majority share going up to 100 per cent.

According to a Metro AG spokesperson, Metro India is a growing business in a market with enormous potential for wholesale.

“We are reviewing strategic options with potential partners to enhance Metro’s existing wholesale capabilities and accelerate the business developments in India,’’ the spokesperson said, adding that the company would not comment on media speculations.