Pakistan maintained it had nothing to do with this invasion, but evidence to the contrary has come up in several accounts including that by Major-General Akbar Khan of the Pakistan Army, in his book Raiders of Kashmir. 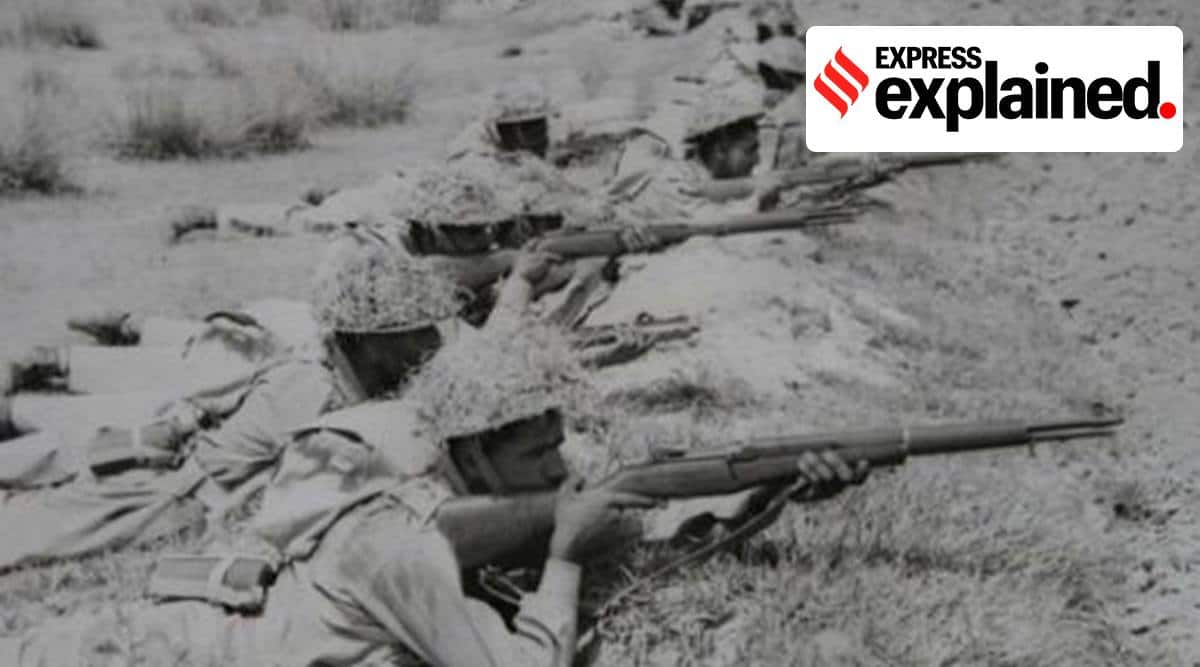 Kashmiris have traditionally observed October 27 as a Black Day to mark the first landing of Indian troops in the Valley in 1947 to push back Pakistan-backed tribal invaders. But this year, in what appears to be an effort by the government to change that narrative, the Ministry of Culture is marking October 22 — the day the Pakistani invasion began and set the stage for the first India-Pakistan war — with a string of events, including a symposium in Srinagar on the events of that day.

By October 1947, Kashmir was in high ferment. For months before the independence of India and the creation of Pakistan, Hari Singh, the Hindu ruler of Muslim-majority Kashmir, was facing a rebellion in Poonch by Muslim subjects who refused to pay taxes and launched an armed insurgency. Hari Singh deployed the Kashmir state forces to crack down. At the same time, with Partition nearing, Hindus and Sikhs had been crossing into Jammu, bringing with them stories of harrowing violence in Rawalpindi and other areas. Jammu had turned into a communal cauldron by the time anti-Muslim clashes broke out. There are varying versions of how many Muslims were killed, but most accounts speak of the riots as a massacre.

At Independence, Hari Singh decided that Kashmir would not accede to either India or Pakistan. Instead, he made an offer of a standstill agreement with both, but only Pakistan signed. Pakistan took charge of Kashmir’s post and telegraphs and agreed to continue supplying essentials such as fuel and grains through West Punjab, now part of the new country. But as the clashes continued, the supplies from Pakistan dried up. Lack of petrol immobilised transport; Pakistan stopped the train service from Sialkot to Jammu; banking got disrupted.

On the borders, bands of armed raiders were already launching hit-and-run attacks. The situation grew alarming for Hari Singh and his small army from about mid-October, and his cables to the Pakistan PM to put an end to the raids were rebuffed. ? Follow Express Explained on Telegram

On October 22, thousands of tribal invaders crossed into Kashmir overrunning outposts of Hari Singh’s state forces in Muzaffarabad, Domel and other places on the road to Srinagar. The Kashmir forces were too small in number. Plus, the Muslim soldiers, who were in equal numbers with the Dogras in the force, joined hands with the raiders.

According to the Ministry of Defence’s official history of the war, “The plan of the invaders was tactfully sound and, in the beginning, brilliantly executed. The main attack had to be frontally launched along the motor road. Apart from the rifles, the standard weapon of the raiders, the main force had also a few light machine guns and travelled in about 300 civilian lorries.” Pakistan maintained it had nothing to do with this invasion, but evidence to the contrary has come up in several accounts including that by Major-General Akbar Khan of the Pakistan Army, in his book Raiders of Kashmir. Indian military histories say the invasion was planned two months ahead by the Pakistan Army, and codenamed Operation Gulmarg.

One of the most significant episodes was the attack on Baramulla on the night of October 26-27. The targeting of St Joseph’s Convent and Hospital on October 27 and the killings on its premises are documented by British journalist Andrew Whitehead in A Mission in Kashmir.

Various accounts of the invasion have explained why the Pashtun tribesmen came to form the advance party of the Pakistan military. Whitehead writes that Pakistan did not want to trigger an open conflict with India, and found its best option in “turning the martial mood of the the Pathan hill tribes to [its] best interests”. India’s official account says the use of Pashtun tribesmen by Pakistan sought to divert the demands for Pashtunistan in the North-West Frontier Province.

Two Kashmiris are celebrated for their resistance that helped keep the invaders out of Srinagar for a few days, until Indian troops arrived on October 27, a day after Hari Singh signed the Instrument of Accession to India.

One is Brigadier Rajinder Singh, who had just been appointed as the new Chief of Staff of the state forces. He had headed out of Srinagar with 200 troops, and his decision to blow up a bridge in Uri slowed the advance of the tribesmen, although it did not stop them. Singh was killed in action on October 25.

The other is Shahid Maqbool Sherwani, whose story has been immortalised by Mulk Raj Anand in Death of a Hero. Sherwani, a National Conference worker in Baramulla, gave the invaders wrong directions to Srinagar airport. He was crucified by them when they realised he had tricked them. All accounts of the war also ascribe the tribesmen’s failure to make progress towards Srinagar to their preoccupation with looting Baramulla, with some even returning to Pakistan with their loot. Sardar Qayum Khan, who served as president of Pakistan-occupied Kashmir, is quoted by Whitehead as saying that the tribesmen were “uncontrollable people”; “they went on looting”.

After Hari Singh signed off on the accession, four Dakotas flew to Srinagar from Delhi through October 27 transporting troops. More troops followed over the next few days. The invaders were held off close to Srinagar, at a place called Shalteng, and there was a battle in Budgam, close to the airport. By November 8, the Indian Army had taken control of Srinagar; on November 9, of Baramulla; and by November 13, of Uri.

However, with Pakistani forces formally entering the battlefield in support of the tribesmen, the war would continue for over a year, until a ceasefire was declared on the night of December 31, 1948, and the terms of the ceasefire were accepted on January 5, 1949.

Can Raavan’s party make a mark in Indian politics?

Overweight men are having more sex than thinner males

Play halted at Australian Open as fans leave for lockdown