Lakhimpur Kheri violence: Four people were killed in the violence that unleashed on October 3 after an SUV linked to Union Minister Ajay Mishra ran over four farmers at an anti-farm law protest site in Lakhimpur Kheri. 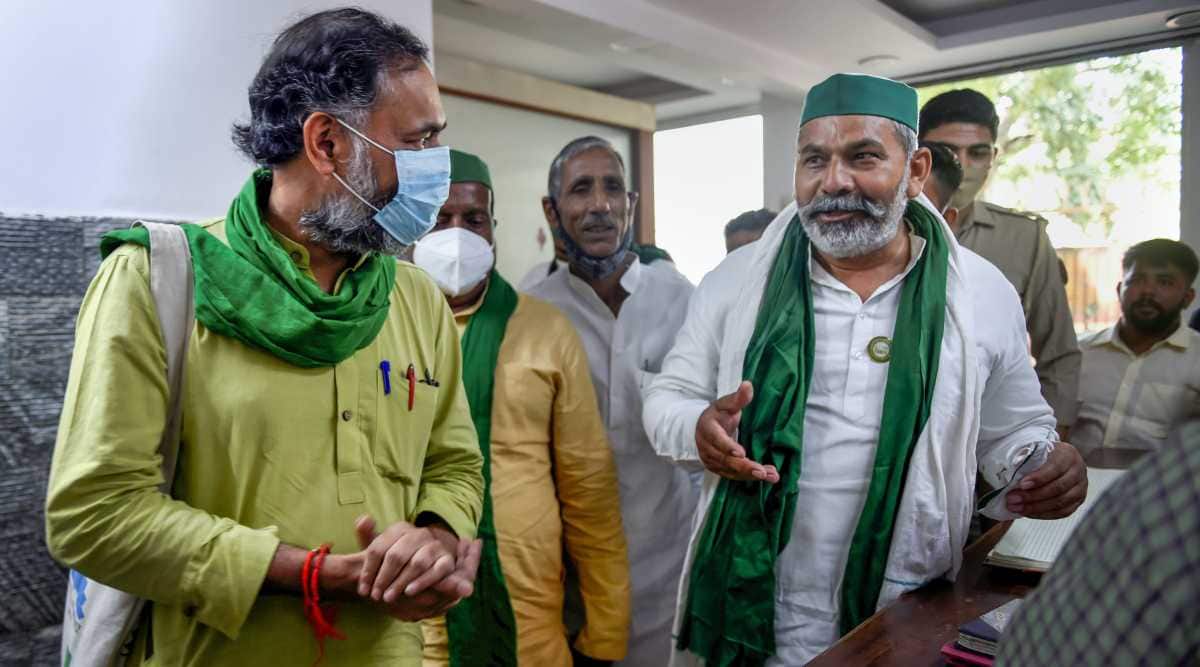 Bharatiya Kisan Union leader Rakesh Tikait Saturday said that he doesn’t look at those who killed BJP workers in Uttar Pradesh’s Lakhimpur Kheri as culprits as they only reacted to the Union Minister Ajay Mishra’s SUV, allegedly driven by his son Ashish, running over protesters there.

Four people were killed in the violence that unleashed on October 3 after the SUV ran over four farmers at an anti-farm law protest site in Lakhimpur Kheri, where a group of protesters were demonstrating against the visit of Uttar Pradesh Deputy Chief Minister Keshav Prasad Maurya at Tikonia-Banbirpur road. The eight deceased included farmers, BJP workers and their driver, and a journalist.

“The killing of two BJP workers in Lakhimpur Kheri after a convoy of cars mowed down four farmers is a reaction to an action. I do not consider those involved in the killings as culprits,” Tikait said in reply to a question asked during a media briefing in New Delhi. 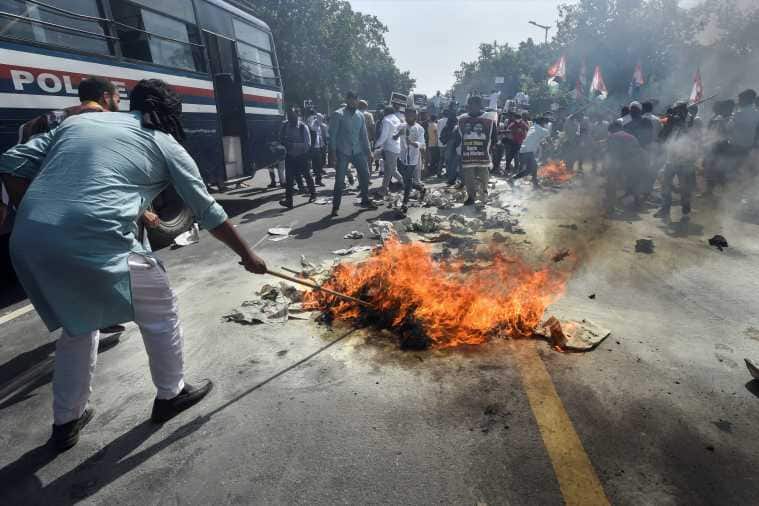 Meanwhile, demands for sacking of Union Minister of State Ajay Mishra and arrest of his son Ashish intensified on Saturday as an umbrella body of farmers’ unions decided to amplify their protests by blocking railway tracks on October 18.

Earlier in the day, Ashish Mishra, who has been accused of running over the farmers in Lakhimpur protest site, appeared before the UP Police responding to the second summon issued to him.

Samyukta Kisan Morcha (SKM) leader Yogendra Yadav, meanwhile, said, “We are sad over the loss of lives, be it BJP workers or farmers. It was unfortunate and we hope justice is done.” 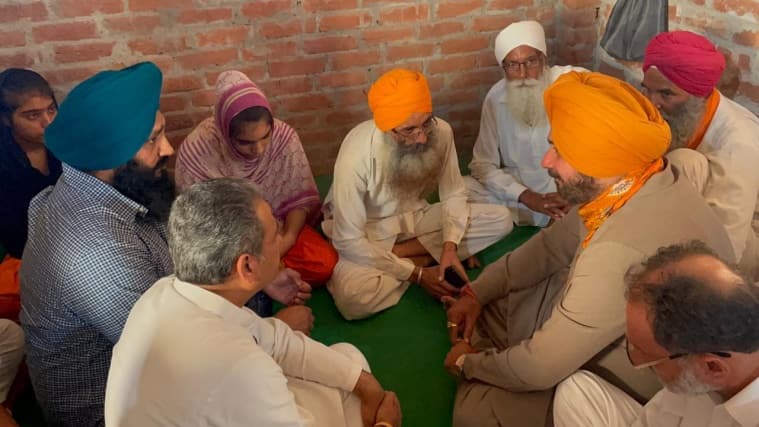 SKM calls for ‘rail roko’ on Oct 18, demands arrest of MoS Ajay Mishra and his son

“Union Minister Ajay Mishra should be removed and arrested as he started this conspiracy,” Yadav said, alleging that the minister is also protecting the culprits in the case.

After his son failed to appear before UP Police for questioning in the case on Friday, Ajay Mishra had claimed that his son was “innocent” and could not report to the cops as he was “unwell”. Amid demands for his resignation and his son’s arrest, he also said, “This is a BJP government which works in an unbiased manner. Action will be taken against those found guilty.” 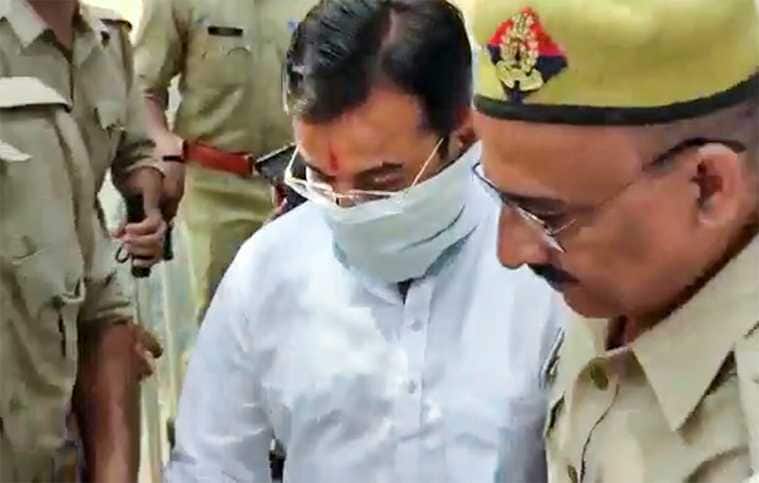 A day after skipping the summons, Ashish Mishra arrived at the Police Lines for questioning over the violence in the district.

Following this, Punjab Congress chief Navjot Singh Sidhu ended his hunger strike which he had vowed to continue until Ashish reports to the police or is arrested. He had started his fast at the Lakhimpur residence of journalist Raman Kashyap killed in the violence on Friday.

Ashish appeared before the special investigation team (SIT) before 11 am, the time mentioned in the second summons served to him. However, police officials at the spot refused to comment on the ongoing interrogation.

Not a ‘summon’, culprits being handed ‘samman’ (honour): Akhilesh Yadav

Targeting the Uttar Pradesh government over the handling of the investigation in the Lakhimpur Kheri case, Samajwadi Party chief Akhilesh Yadav alleged the culprits are being given “samman” (honour) instead of “summon”.

Speaking to media just a few hours after Ashish Mishra appeared before the SIT, the opposition party leader alleged, “The way farmers were crushed, now preparations are on to crush the laws. This government has pulverised the Constitution… You have seen how a vehicle ran over farmers who were fighting for their rights. The guilty persons are yet to be caught. Instead of giving summons, a flower bouquet is being given. The summon is only in name, and (in reality) ‘samman’ (honour) is given.” 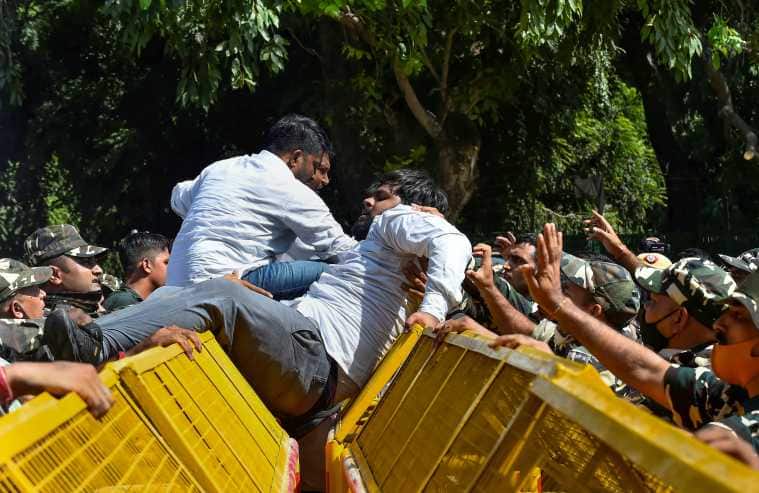 Shiv Sena Rajya Sabha MP Sanjay Raut said his party will participate with full force in the bandh on October 11 in Maharashtra to protest against the killing of farmers in Lakhimpur Kheri. Addressing the media along with NCP spokesperson Nawab Malik and state Congress spokesperson Sachin Sawant, Raut said it was necessary to make people aware about the anti farmer policies of the Centre. Peasants are not alone in this struggle and the process of showing solidarity towards them must begin from Maharashtra, Raut said.

Members of the Indian Youth Congress (IYC) on Saturday held a protest in New Delhi demanding the resignation of Ajay Mishra and arrest of his son Ashish. The protesters, led by IYC national president Srinivas BV, assembled at Sunehri Bagh Road to march towards Union Home Minister Amit Shah’s residence on Krishna Menon Marg, but were stopped by the police, which barricaded the protest venue.