Ratul Puri's father Deepak Puri is the managing director of optical storage media firm Moser Baer, but the identity of the "uncle" has not been stated by the ED in the charge sheet. 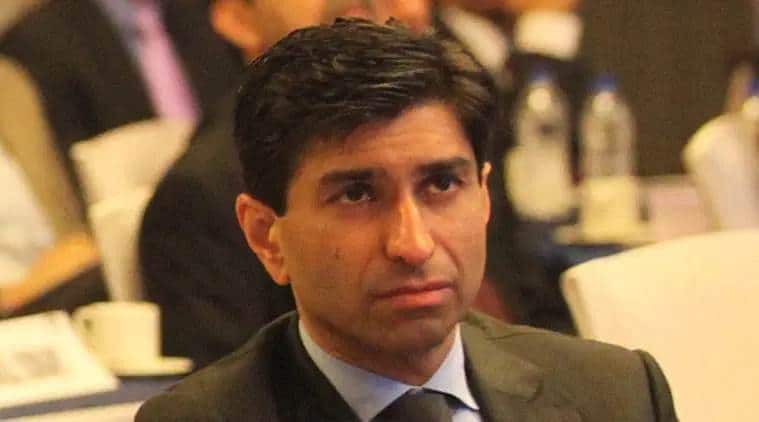 Ratul Puri, nephew of Madhya Pradesh Chief Minister Kamal Nath, “threatened” VVIP choppers scam accused Rajiv Saxena not to share evidence against an uncle of his and father, the ED has alleged in its latest charge sheet in the Rs 3,600-crore defence scandal.

The central probe agency has charged the 47-year-old promoter of Hindustan Power Projects Pvt Ltd with “destruction of evidence” and said it had to go to the extent of recovering “ashes” of burnt documents during raids at the premises of Ratul Puri’s close aide Niamat Singh.

The Enforcement Directorate (ED), in its prosecution complaint or charge sheet filed before a special court here on November 2, has charged Ratul Puri of using corporate structures “owned or maintained” by Saxena to launder kickbacks in the scam received from the three alleged middlemen in the case— Christian Michel James, Carlos Gerosa and Guido Haschke.

Saxena and James were deported by probe agencies from Dubai this year and in 2018, respectively, and at present, they are in judicial custody.

“Rajiv Saxena is an approver in this case. He has also been threatened and pressurised by Ratul Puri not to give documents/evidences against Ratul’s father and uncle, the ED said.

Ratul Puri’s father Deepak Puri is the managing director of optical storage media firm Moser Baer, but the identity of the “uncle” has not been stated by the ED in the charge sheet.

“He (Saxena) was further asked to be selective in providing details and to slow down the process of giving data and details which have been admitted by him in a statement made under Section 50,” the agency said.

A statement made under section 50 of the Prevention of Money Laundering Act (PMLA) is admissible in court.

The ED recently moved a court here seeking to revoke the ‘approver’ status of Saxena owing to non-cooperation and non disclosure of full information privy to him in the AgustaWestland VVIP choppers purchase deal case that was scrapped by India in 2014 on allegations of alleged kickbacks being paid to procure a dozen helicopters for flying top government functionaries like the prime minister and the president.

An email recovered by the ED found that Ratul Puri, Bakul Nath and a few others made a trip in June, 2011 on a “private jet” to a five-star luxury resort called Wynn in Las Vegas.

The luxurious facility, on its website, boasts of offering an “exciting entertainment and lifestyle” along with a casino and spa.

An American Express credit card, “admittedly given” by Saxena to Ratul Puri, was used to make a payment of USD 14,395 (over Rs 10 lakh) at the end of this trip.

Ratul Puri was a “regular client” of this resort in the casino town of Vegas and “there are various other emails wherein he has sought transfer of funds available at Wynn Las Vegas in his account to Bakul Nath, his cousin and Vinella Jain, a friend,” the ED said.

The agency said Ratul Puri created and operated at least three email ids “for giving instructions for laundering proceeds of crime which would not be traced to him.”

Even though, the charge sheet said, Ratul Puri “denies any relationship with the email ids, all records and evidences lead to him leaving no room for doubt that the email ids belong to him.”

It is “amply clear”, after numerous grilling sessions of James and Saxena and emails recovered during the probe, that the contents of the email are “recorded business transactions” in the companies of Saxena, the ED said.

The agency said the transactions were done “on the behalf of Ratul Puri”, the only connecting link, and thus it is stated that he has received and laundered kickbacks from the AgustaWestland deal.

The ED has also sought to prosecute Ratul Puri for “intentional and deliberate lying” during multiple questioning sessions.

“The accused Ratul Puri has created a complex web of structures to project the proceeds of crime as untainted funds. He has taken great efforts to ensure that he remains hidden behind a corporate veil.

“Puri was utilising the services of individuals like Jaspreet Ahuja, Roberto Padula, Pascal Rey and others for creating corporate entities and was adept at laundering the proceeds of crime and was in knowledge of the mechanism of the same to ensure that is not caught by law enforcement agencies by creating a facade of them being owned by individuals un-related to him,” the charge sheet said.

Ratul Puri, the ED claimed, “used the corporate structures owned or maintained by Rajiv Saxena to launder the kickbacks received from James.”

The agency claimed that evidences and independent data sources corroborated by various individuals state that the email ids belong to Ratul Puri and they are “a record of transaction” undertaken by him for feeder entities (companies) like Pangea, Hendon Global Ltd, Technstone Ltd, Melleger Ltd, Prodexco Iberia Ltd, Trade Service Agency Ltd.

The entities are controlled by Puri using Saxena’s companies for laundering the proceeds of crime received through the companies of middlemen James and two others, the ED said.

The tight and flowing structure of the Maoists

Owners out of town, thieves target 2 houses in South Delhi