Ramdas Athawale alleged that the MVA government had failed to give good governance. 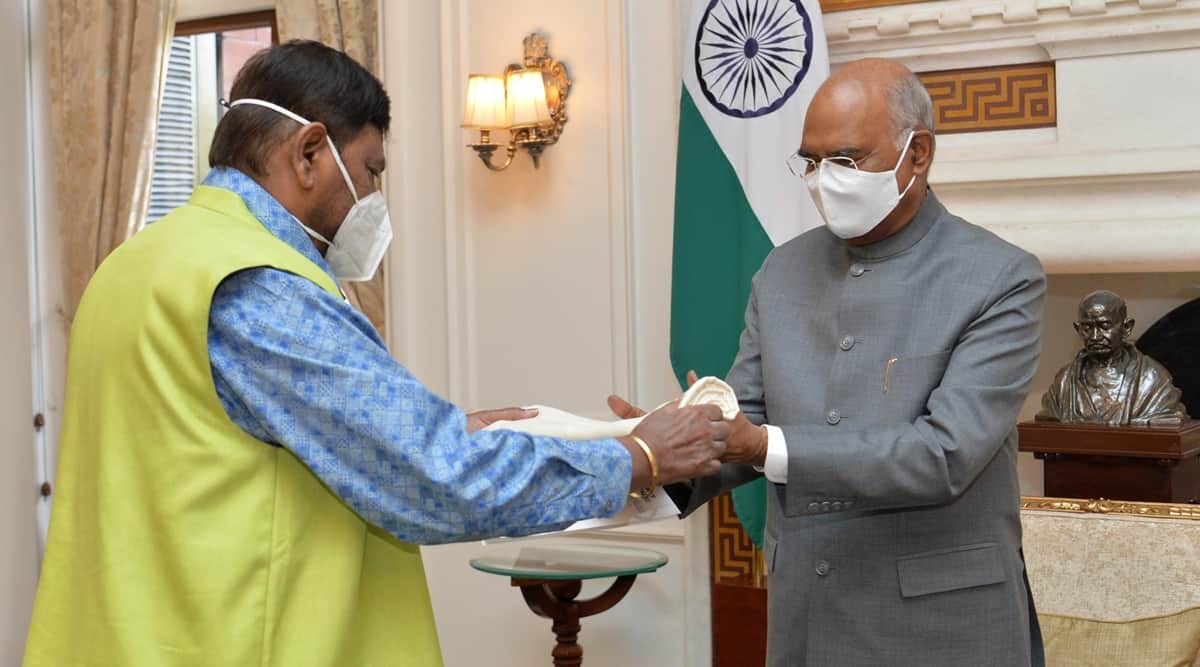 Union Minister for Social Justice and RPI(A) president Ramdas Athawale on Thursday met President Ram Nath Kovind to apprise him about the developments in Maharashtra, and urged him to impose President’s rule in the state.

Athawale alleged that the MVA government had failed to give good governance. “There are serious issues of law and order breakdown. There are sharp differences between cabinet ministers and police officers. Home Minister Anil Deshmukh is charged by former Mumbai police commissioner of misusing assistant police inspector Sachin Waze to collect Rs 100 crore every month. Then there are police officers who pointed to unethical negotiations for police transfer and posting and money transaction.”

The minister added, “Maharashtra is going through a difficult phase. Apart from the law and order problem, the state government has failed to contain the Covid-19 pandemic. Imposition of President’s rule would help restore people’s faith in the system,” he said.

“Almost on every front, the Congress-NCP-Shiv Sena government appears to have fallen short in tackling public concerns,” he said.

The farmers, Dalits, tribals, poor and downtrodden are badly affected due to administrative laxity and political complacency, Athawale said.

‘No greater patriotism than persistence’: Sonia Gandhi thanks Covid-19 warriors