‘Rajnath Singh’s statement is just a riposte to the aggressive statements emerging from  Pakistan Prime Minister  Imran Khan and others in Pakistan after the Kashmir crisis. It should not be viewed as anything more that a tit-for-tat escalation in the war of words.’

Top nuclear scientist Dr R Rajaraman, emeritus professor of theoretical physics at the Jawaharlal Nehru University and also the co-chair of the International Panel on Fissile Materials, speaks to Rediff.com‘s contributor Rashme Sehgal wherein he emphasises that the present uranium shortage could hit our nuclear reactors in the military sector.

How serious is the uranium shortage in India, and can imported uranium meet this shortfall?

Yes, it is true that after the lifting of sanctions following the US-India Nuclear Deal, we can import uranium freely.

But such imported uranium will come with International Atomic Energy Agency (IAEA) safeguards.

As part of the US-India nuclear deal we had decided to separate our stable of reactors into a civilian and a military sector.

We will not allow IAEA safeguarding of any of the military sector reactors because they could potentially contribute to our weapon programme.

So we cannot use imported uranium for the reactors in our military sector.

The uranium needed to fuel the military sector reactors will have to come from indigenous sources.

I am asking this question because while in India we have 50 tiger reserves occupying just two per cent of our land space, the department of atomic energy chose the Amrabad Tiger Reserve in Telangana to mine uranium because they claim this contains high grade uranium.

This is the surest way to destroy the sanctuary as it will involve the digging of 4000 deep pits along with building of roads, felling of trees, etc in the reserve. All this activity will mean the death knell of India’s second largest tiger reserve.

Surely the government could have thought of some alternative strategy?

This is part of the larger “Development versus Environment” debate.

As you know, similar problems arise in a lot of our projects — not just mining, Unfortunately, I have no special expertise on this question.

It is for the officials of the department of atomic energy and the Uranium Corporation of India to find the best viamedia for this problem.

Is the military nuclear sector facing a uranium shortage?

This is classified information to which I do not have access.

India is planning a massive expansion of nuclear energy and is planning to set up 12 nuclear plants to generate energy. The first of these is coming up in Jaitapur and is being set up with the help of the French company EDF.

But several reservations had been expressed by nuclear scientists and civil society about the huge expense incurred in setting up these plants.

The key question is, how much will these plants being set up at a cost of billions of dollars ease our energy situation?

A corollary to this is that the technology being imported from France to set up the Jaitapur plant is said to have a problem with its cooling system. Please explain.

Apart from the question of costs, there is also the issue of whether the French company Areva, which was to build that reactor, can successfully do it without serious cost and time over-runs.

Areva ran into major financial problems and its operations have been taken over by EDF.

Besides, they have had major technical problems building that very same model (EPR) of reactors both in Finland and at Flamanville in France.

So the future of those French reactors in Jaitapur is uncertain.

But India and France have more recently worked out a deal whereby Indian reactor-component makers like Larson and Tubro will collaborate with EDF on the project.

That may bring down costs.

We have to understand this in the context that the NPCIL liability law is a problem, especially since it will end up having to compensate the victims and pay for the cleaning, thereby absolving the EDF of this responsibility.

The liability issues come into play only if there is an accident and injury.

The maintenance of the reactor and repair of its malfunctioning parts is primarily the responsibility of the operator — in this case, Nuclear Power Corporation of India Ltd.

Breakdown, leakage of the cooling system etc come into this category and are not covered by the Liability Act unless this leads to injuries, fatalities or other damage.

As to who bears the cost of these repairs and replacements — NPCIL or EDF–  will be spelt out, I would imagine, in whatever warranty agreements are made at the time of purchase. 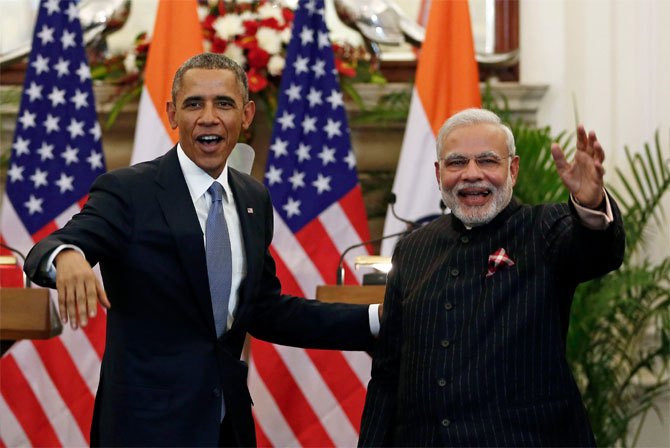 India has one of the largest reserves of thorium in the world. We have often been informed by the government that this will be tapped and will soon replace uranium but so far this has not happened. What is delaying this move?

Using Thorium to produce U-233 which in turn would act as fuel comes in Stage III of the Bhabha Plan.

It is quite far way at the moment. We are yet to complete Stage II — the building and usage of the Fast Breeder reactor at Kaplakkam, which is still not ready after a nearly 10-year delay.

The other issue which is of great concern in south Asia is with the Modi government adopting a proactive approach in matters of security post-Balakot. Is our nuclear No First Use policy in the process of being abandoned? A number of security experts in Pakistan and the Middle East feel that is indeed the case?

The Balakot strike is a conventional counter-attack.

It testifies to our increasing resolve not to be pushed around. But is has nothing to do with the NFU policy, which refers to nuclear strikes.

Aside from being non-nuclear, our Balakot strike was not an example of First Use.

Remember that the terrorists struck first on a bus full of our soldiers at Pulwama.

Do you think our nuclear No First Use doctrine is up for review given Defence Minister Rajanth Singh’s recent statement that it would ‘depend on circumstances’ in the future?

I believe Mr Rajnath Singh’s statement is just a riposte to the aggressive statements emerging from  Pakistan Prime Minister  Imran Khan and others in Pakistan after the Kashmir crisis. It should not be viewed as anything more that a tit-for-tat escalation in the war of words.

It does not reflect any serious change in our nuclear doctrine. 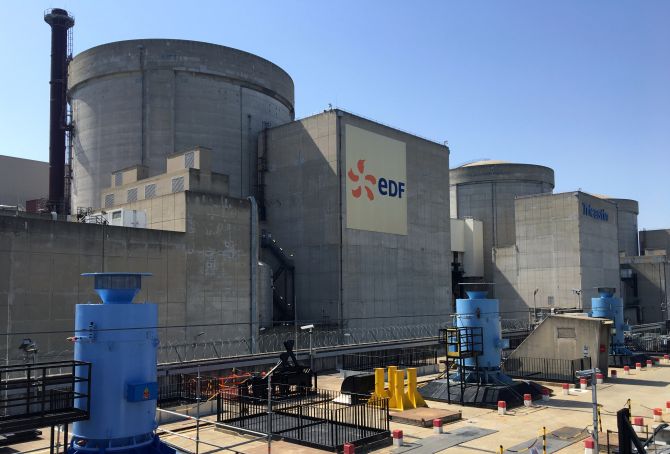 Do you believe one of the fallouts of the meeting between President Donald Trump and North Korean president Kim Jong Un may result in nuclear negotiations which will move towards denuclearisation of Asia?

No. We have to first see if it even leads to denuclearisation of Korea!

When the talks were being held in 2018 between the US and North Korea mediated by South Korea, you were in Seoul for a meeting of the International Panel on Fissile Materials, which included important members of South Korean government’s nuclear advisors.  Did you then foresee a meeting between Trump and Kim?

No, that was a surprise. I did not expect it, given Mr Trump’s very offensive remarks about Mr Kim.

How much did North Korea’s nuclear leverage increase following their testing of a nuclear device?

Enormously. But note that they had possessed nuclear devices since 2006, so the more relevant factor was their successful testing of their ICBM with range that could reach the US.

North Korea had practically no clout before that.

Do you see North Korea agreeing to dismantle their nuclear programme?

No, I don’t think they will ever do that.

They view their nuclear arsenal as their only guarantee against regime changing attacks by the US. How did North Korea succeed in making the hydrogen bomb, which is something even we have not succeeded in doing?

North Korea has put together an excellent team of weapon and missile scientists.

They received help both from the Russians and from the Chinese.

Kim is also known to have received weapon designs from Pakistan in exchange for missile designs.

Has Kim built himself into a position of strength?

Yes, it was only after he exploded the thermonuclear device that he was ready to start negotiations with the US.

It was following this that the bluster from the US towards him was replaced by a willingness to talk.

The nuclear race between India and Pakistan continues. How many nuclear weapons do both countries possess and is there any possibility of both taking steps towards denuclearisation?

According to conservative reports, India and Pakistan have about 100-120 warheads each.

As of now I see no prospect of either country capping the growth of their arsenals, let alone denuclearise.

The Nasr, as I have said earlier, continues to be the most dangerous development in South Asia because there is no clarity about the command and control status of these nuclear missiles.

Given climate change, should we be turning to nuclear energy at all?

Every energy source has its advantages and shortcomings. We need to adopt a balanced mix depending on our priorities.

Nuclear energy is far better than coal from the climate change point of view since it has very little carbon footprint.

Solar and wind have the same virtue. In recent years the cost of solar energy has come down considerably, while that of nuclear energy has gone up.

But nuclear energy has the big advantage that it yields a steady supply of electricity for the grid.

So we may wish to have some nuclear energy anyway to provide the base supply.

Jet’s pain is big gain for other airlines