"If Yogi sees an international conspiracy, it is his prerogative. What I saw was a tragedy," Rahul Gandhi said. 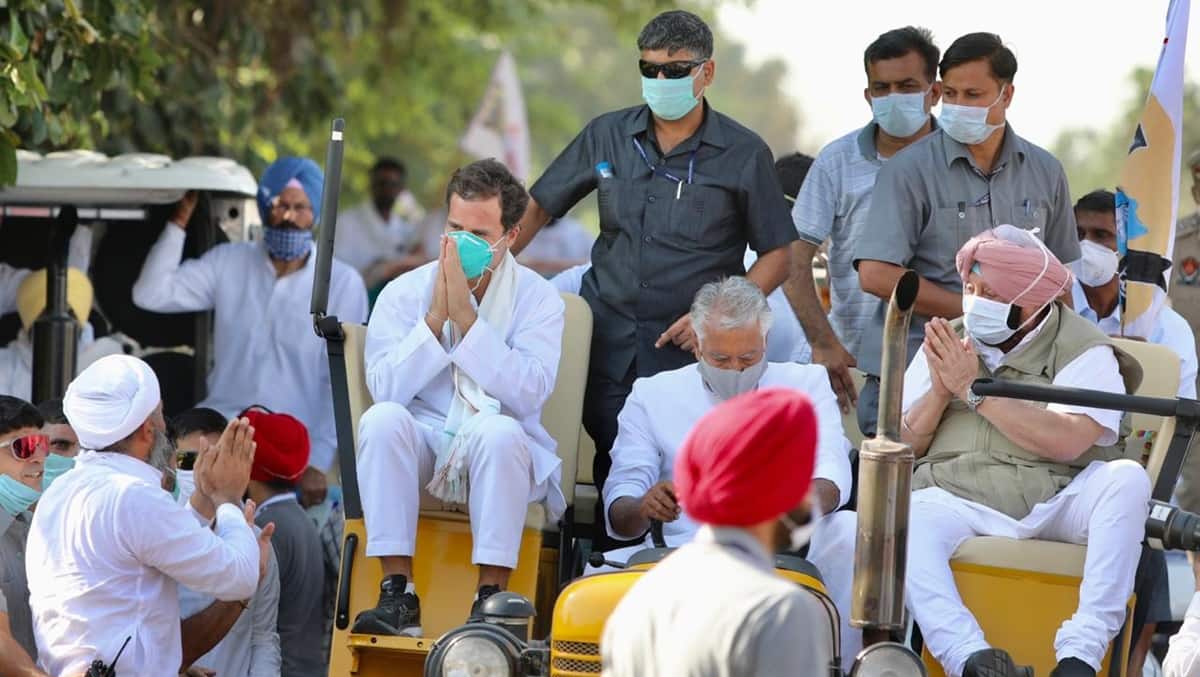 A day after Uttar Pradesh Chief Minister Yogi Adityanath called the protests over the Hathras case an “international conspiracy”, former AICC president Rahul Gandhi on Tuesday said it was the former’s “prerogative” to see a tragedy as a conspiracy.

Addressing the media on the last day of his ‘Kheti Bachao Yatra’ in Patiala, Rahul said, “Yogi ji is entitled to his opinion. He is more than welcome to imagine what he wants to. What I saw there was a lovely girl, who was molested, her neck was broken, her family was threatened and no action was taken against the people who did it. If Yogi sees an international conspiracy, it is his prerogative. What I saw was a tragedy. The CM of Uttar Pradesh should have had the decency to say this was a tragedy and that he would look into it and protect the family and this girl.”

Flanked by Punjab Chief Minister Capt Amarinder Singh, Rahul rued: “Their daughter is raped and murdered. The entire administration attacks the family. And the prime minister of the country does not say a word.”

On the FIR against protesters and being pushed around on the way to Hathras, Rahul said, “Poore desh ko dhakela ja raha hai, maara ja raha hai, peeta ja raha hai. Mujhe thoda sa dhakka lag ya toh kya badi baat hai. Koi farak nahi pada. Not a big deal. Hamara kaam hai, desh ki raaksha karna, desh ke kisaano ke saath khada hona hamara kaam hai. Aisi sarkar hai.agar hum khade honge toh dhakka lagega, lathi lagegi. Kha lenge lathi. Kha lenge dhakka. Kya hai. Dhakka jisko laga.unimaginable, uss parivaar ko lagaa socheiye (The entire country is being pushed around, beaten up. What if I was pushed a little? It does not matter. It is our duty to protect the country, and stand by the farmers. Such is the government that if we will stand up to them, we will be pushed and lathi-charged. But we will face it. It is the family of the victim that has suffered the most.”

He said people who have daughters will understand it. “You might not understand the rape aspect because that is something Indian women have to deal with. You will certainly understand the murder aspect. Suppose someone kills your son and when you wanted justice, they locked you up in your house and then tricked you and threatened you and then told you that protesters will go away, Rahul Gandhi will go away but we will be here…That is why I went there. Because I wanted to tell that family that they are not alone. I told the family I am not there for them alone. I told them I was there for their daughter …lakhs of women who are misbehaved with, thousands who are raped. I was there for them also.”

Distribution of financial assistance on