Till July 10, Punjab was 44 per cent rain deficit. But with the recent surge in rainfall, Punjab has received 147.9 mm against normal 135 mm for this time of year. 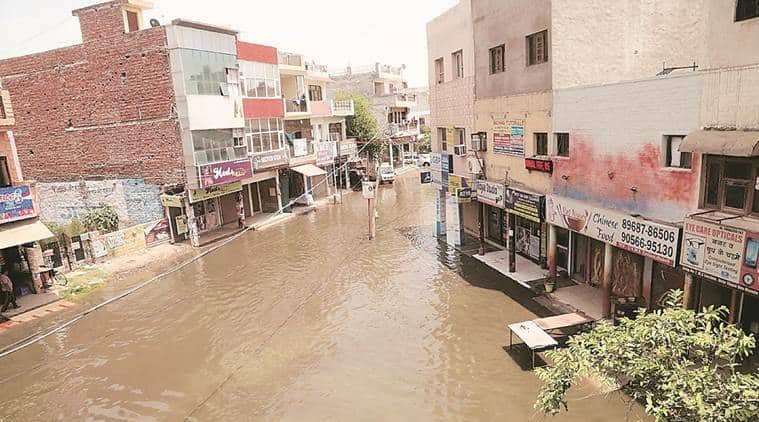 With average daily rainfall of 15 mm over the past six days, Punjab has gone from rain deficit to rain surplus so far in July. The total rainfall received in six days — July 11 to July 16 — is 92.6 mm.

Till July 10, Punjab was 44 per cent rain deficit. But with the recent surge in rainfall, Punjab has received 147.9 mm against normal 135 mm for this time of year.

But six districts out of 22 in the state are still rain deficit. Two districts, Kapurthala and Bathinda, have received surplus rain in this period. Meanwhile, all the urban areas, mainly Jalandhar, Bathinda have been badly waterlogged due to daily rain. Locals here accused Municipal Corporation officials of not doing anything to mitigate the situation. Sources said sewer lines were not cleaned before the rainy season due to which sewage water entered several localities, particularly in Jalandhar.

Bathinda district had received 180 per cent surplus rain with 270.2 mm against the normal required 96.5 mm. After Bathinda, Kapurthala district has recorded 139 per cent surplus rain in past five days with 242.4 mm against 101.4 mm. Patiala and, Tarn Taran, Mukatsar and Fatehgarh Sahib districts too have received heavy rain with 89 per cent, 72 per cent, 63 per cent and 57 per cent, surplus rain, respectively, till July 16. Mohali and Mansa have recorded 47 per cent and 35 per cent more rain, respectively, till date.

Barnala with 88 per cent less rain till five days back now has a deficit of only 29 per cent.

Director, India Met department, Chandigarh, Surinder Pal, said that despite slow beginning of the monsoon, Punjab has recovered. “El Nino effect has now reduced due to which good rains have been coming in Punjab,” said he, adding that earlier there was prediction of weak monsoons in Punjab due to El Nino effect.