The deceased were wanted in connection with a murder case registered in Nanded, Maharashtra. 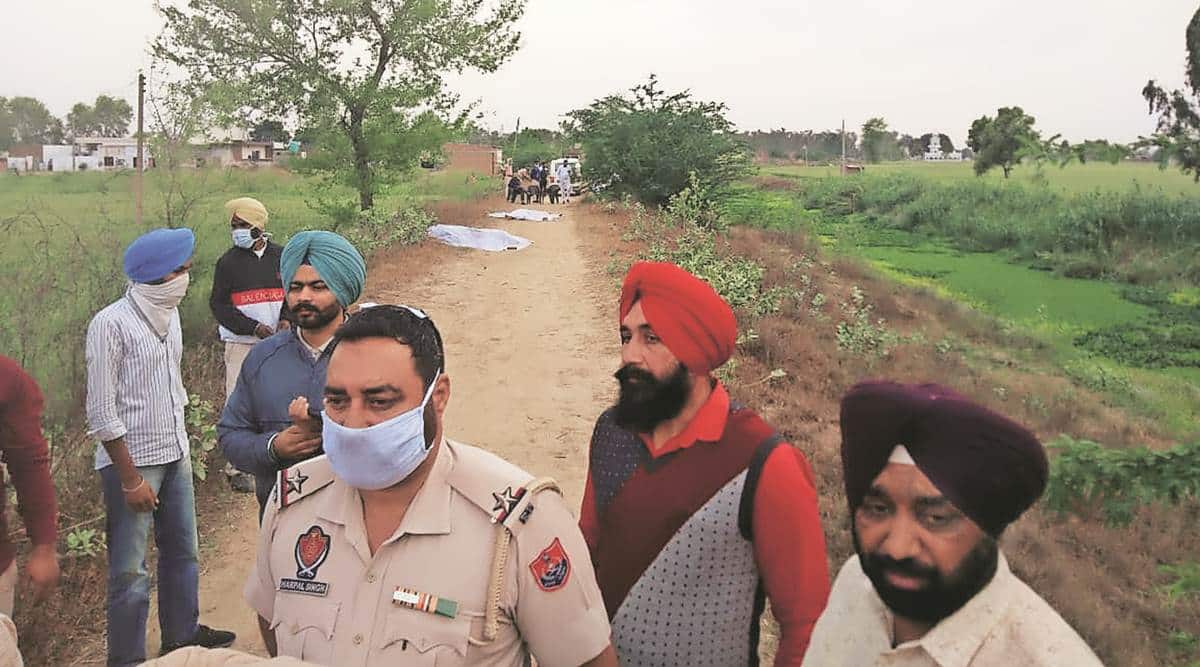 Police in Punjab’s Tarn Taran shot dead two Nihangs in “self-defence” on Sunday after they allegedly attacked the police party with sharp-edged weapons while resisting arrest. Two policemen were injured in the attack.

The deceased were wanted in connection with a murder case registered in Nanded, Maharashtra.

According to police, Nihangs Mehtab Singh alias Khandewala Baba and Gurdev Singh, in their mid-40s, were shot dead as they allegedly attacked the police team for the second time in 20 minutes using swords. Police said the Nihangs attacked both SHOs at around 3.20 pm, and their encounter took place within the next 15-20 minutes.

Police said that station house officers (SHOs) Narinder Singh, Balwinder Singh and Sarabjit Singh, posted at Khemkaran, Valtoha and Bhikhiwind police stations respectively, were returning from a bhog ceremony when they came to know that both Nihangs, wanted in the Nanded murder case, were in the area. The Valtoha and Khemkaran SHOs attempted to arrest the Nihangs after spotting them at Sur Singh village. Both SHOs sustained injuries on their wrists as the Nihangs allegedly attacked them with sharp weapons and fled. The Bhikhiwind SHO meanwhile alerted a police team headed by DSP Rajbir Singh.

The Nihangs encountered the second police team (led by DSP) around 2.5 km from the first spot. They allegedly started attacking a police car with sharp weapons when the DSP opened fire.

Tarn Taran SSP Dhruman H Nimbale told The Indian Express: “We had information from Nanded Crime Branch that Mehtab Singh and Gurdev Singh were wanted in the murder of Baba Santokh Singh, who was killed in Nanded on March 11…

“Three SHOs — Narinder Singh, Balwinder Singh and Sarabjit Singh — were returning from a bhog ceremony when they received the information about accused being in the area…

“The accused attacked SHO Khemkaran Narinder Singh with kirpan. Then SHO Valtoha was also attacked. Both were badly injured. Then SHO Sarabjit Singh reached the spot and informed DSP Rajbir Singh… Accused also went on attacking DSP’s car with sword. DSP fired in self-defense. Both died on the spot,” the SSP said.

The officer said one SHO was in uniform and the other was in civil clothes. Sarabjit Singh was also following them.

The injured SHOs have been referred to Amandeep Hospital, Amritsar, where they were being operated upon.

Week after RTI activist’s death, police say it was an ‘accident’

Hyundai, Kia recall over 5 lakh vehicles in US

Kushal Tandon: Don’t want to do shows that go on endlessly

India vs Australia: ‘I dont’ mind’, says Pandya on staying back for Test series