After her detention, her brother and former Congress president Rahul Gandhi said “they fear your courage”. 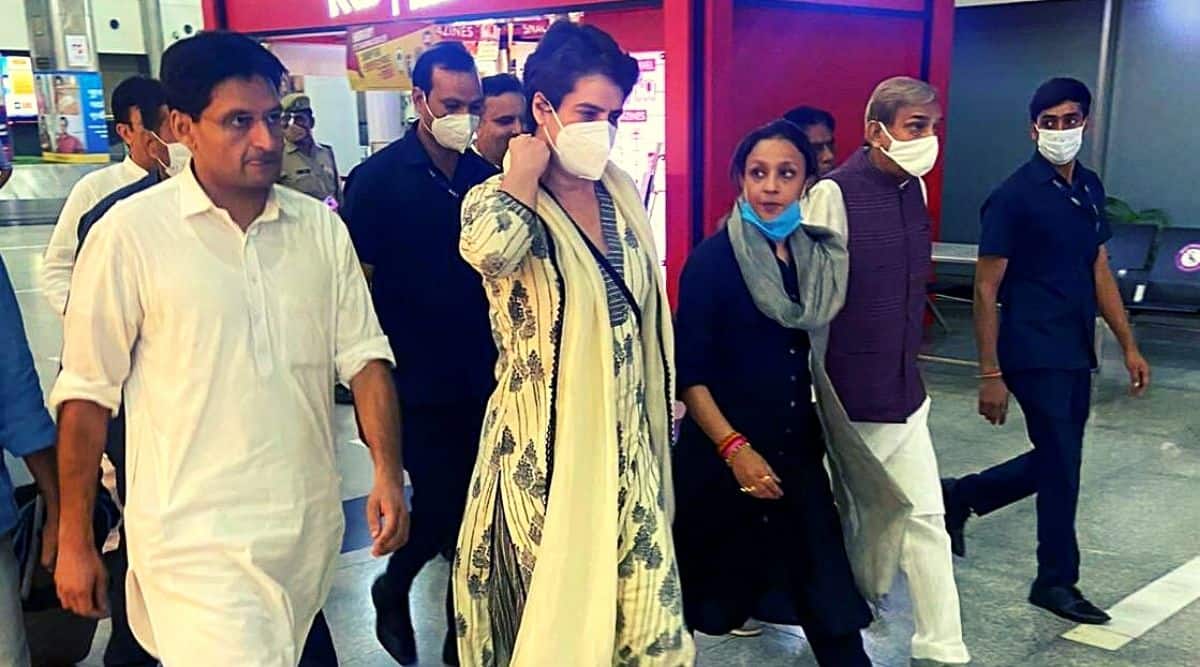 Congress leader Priyanka Gandhi Vadra was detained by Uttar Pradesh police on Monday, while on her way to meet the kin of four farmers who died in Lakhimpur Kheri.

“Today’s incident shows that this government is using politics to mow down farmers. This is the farmers’ country, not BJP’s… I’m not committing any crime by deciding to meet the victims’ kin…Why are you stopping us? You should have a warrant,” the Congress leader said.

Gandhi, who was accompanied by party leader Deepender Singh Hooda among others, had to take alternative routes to reach the bordering Hargaon area in Sitapur as heavy security was deployed on the main roads amid tension in the violence-hit region of Lakhimpur.

After her detention, her brother and former Congress president Rahul Gandhi said “they fear your courage”.

“Priyanka, I know you will not back down. They are afraid of your courage. In this non-violent fight for justice, we will make the country’s farmers win,” Rahul in a tweet.

Chhattisgarh Chief Minister Bhupesh Bhagel, who is also the party observer for UP, was not allowed to land in Lucknow by the state administration.

“Why are people being stopped from visiting Lakhimpur Kheri? Section 144 has been imposed in Lakhimpur Kheri then why isn’t one allowed to land in Lucknow? Do people no longer have rights in UP? Does one need a visa to visit UP?” he told news agency ANI.

Meanwhile, Samajwadi Party president Akhilesh Yadav was arrested from outside outside his Lucknow residence after he was not allowed to go to Lakhimpur Kehri.

On Sunday, four farmers were among eight persons killed in UP’s Lakhimpur Kheri after a convoy of three SUVs, including one owned by Union MoS Ajay Mishra, hit a group of farm protesters leading to a clash. The farm leaders claimed that Mishra’s son, Ashish, who is a businessman, was driving one of the SUVs. Four others were killed in the ensuing violence.

Stricter curbs on the cards