On August 14, the Supreme Court held Prashant Bhushan guilty of criminal contempt for two of his tweets. 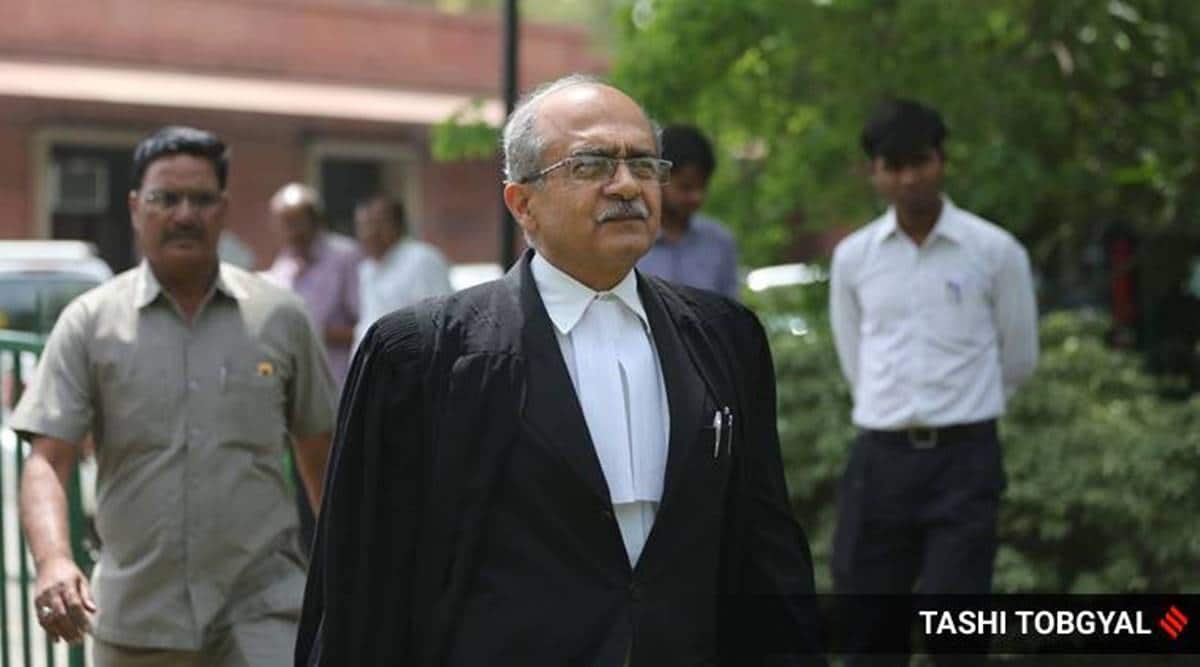 The Supreme Court Thursday rejected advocate Prashant Bhushan’s submission that another bench should be hearing the arguments on quantum of punishment in a contempt case against him, news agency PTI reported.

The apex court had held Prashant Bhushan guilty of contempt for two of his tweets. Bhushan, who ‘intends’ to file a review plea against his conviction for contempt of court, had urged the court to defer the hearing on quantum of punishment till his petition is decided.

A bench of Justices Arun Mishra, B R Gavai and Krishna Murari today told Bhushan that no punishment will be acted upon till his review is decided. On his submission for a different bench, the court said, “You are asking us to commit an act of impropriety that arguments on sentencing should be heard by another bench.”

Editorial | The Supreme Court has broad shoulders. By convicting Prashant Bhushan for contempt, it diminishes itself

Senior Advocate Rajeev Dhavan appearing for Bhushan said, “When your Lordships’ Aug 14 judgment reaches various academies, it will be severely criticised.” Responding to him Justice Arun Mishra said the bench doesn’t mind “fair criticism.” On Dhawan’s submission that the court must consider the work done by Bhushan, the court said, “Sometimes in zeal, you cross the Lakshman Rekha…We appreciate the cases and the work for good causes.”

In his application, Bhushan said he “intends” to file a review petition “after studying the order, in detail, and seeking appropriate legal counsel as the ramification of the said order is of grave constitutional significance, in particular on the right to free speech”. He said he “would file the same within the limitation period of 30 days from date of the judgment, as he is entitled to under…the Supreme Court Rules, 2013”.

Bhushan said the deferment “would be in the interests of justice in view of the underlying public policy with respect to safeguarding liberty of a citizen under Article 21 till such time as his first appeal (in this case the review application) is considered”.

Opinion | Judiciary has great power, including power to punish for contempt. It must use it sparingly, softly

As many as 1,500 lawyers from across the country, including senior members of the Bar have expressed “dismay” over the conviction and urged the apex court to “take corrective steps to prevent a miscarriage of justice”. In a statement, the lawyers said a Bar “silenced under the threat of contempt” will “undermine the independence and ultimately the strength” of the Supreme Court. Former SC judge Justice Kurian Joseph also said the matter should be heard by a Constitution Bench and called for an “intra-court” appeal in the case.

Bhushan also tweeted a statement by Opposition leaders including Digvijaya Singh, Shashi Tharoor and Farooq Abdullah, in which they said that the court’s decision had caused “a chilling effect on free speech and expression of dissent.” “It is sad that the honourable court has not found it necessary to distinguish between constructive criticism and malicious statement,” the statement said.

Need to build capacity to meet the challenges of terrorism: Veerappa Moily

Mahershala Ali on his personal connection to True Detective character