Pranab Mukherjee had an amazing rise in politics and ended his political career too on a glorious note with a stint at the Rashtrapati Bhavan. Pranab Mukherjee, a quintessential politician who rose to become the President of India after a remarkable political career spanning five decades, passed away Monday. A conservative politician and a self-styled constitutional purist with unmatched experience in government and the fine art of statecraft, Mukherjee was never a mass leader but had commanded the unrivalled respect and admiration of his peers across the political divide.

An erudite and astute politician, 84-year-old Mukherjee – fondly called Pranab da by his colleagues – was known for his fine intellect, sharp memory and short temper. Admitted to the Army’s Research and Referral Hospital on August 10, Mukherjee underwent a critical brain surgery to remove a clot which he suffered from a fall at his home a day before. He developed a lung infection subsequently and slipped into a coma. His condition worsened Monday morning.

Mukherjee, who was India’s 13th President, was witness to and was a part of the fascinating transformation of Indian politics over the last five decades – from the Congress’s unipolar hegemony days under Indira Gandhi as Prime Minister in the late 1960s to its downfall after Emergency in the next decade and the unstable coalition era of the 1990s, the stable UPA era from 2004 to 2014 to the BJP’s unbelievable ascent since then.

Mukherjee had an amazing rise in politics and ended his political career too on a glorious note with a stint at the Rashtrapati Bhavan. But he could never become the Prime Minister, an ambition perhaps he secretly nursed, although he came close on more than one occasion. He was always a staunch believer in secular values.

Pranab da always remained the ‘No 2’ in the Government and often played the role of a trouble shooter for the party and the Government, inside and outside Parliament. And barring once, the pragmatic Mukherjee never rebelled and always showed grace and restraint despite decisions not going in his favour.

Mukherjee came to the national political scene in 1969, having been elected as a Rajya Sabha member from the Bangla Congress, a breakaway faction of the Congress. The year was tumultuous for the Congress too as it suffered a vertical split with the Syndicate expelling Indira from the party. He caught her attention with a Parliament speech on bank nationalisation. Just three years later in 1973, he was appointed a junior minister after the Bangla Congress merged with the Congress. He became a protégé of Indira Gandhi and became her Number 2 in the cabinet when he became the Finance Minister in 1982, but fell out of favour with her son Rajiv Gandhi who expelled him from the party and managed to enjoy a comfortable working relationship with Sonia Gandhi years later. He was an insider in Congress politics, but not a self-proclaimed family loyalist unlike many others in the grand old party.

In the muddled Congress politics, Mukherjee played significant roles in many key decisions taken on momentous occasions, be it the installation of Rajiv Gandhi as the Prime Minister after Indira’s assassination in 1984 or the removal of Sitaram Kesri as Congress president in 1998 to make way for Sonia. It was Mukherjee who had drafted the cleverly worded resolution which was passed by the CWC on March 14, 1998 to oust Kesri.

The resolution thanking Kesri for his services and invoking Clause J of Article 19 of the Congress constitution was also read out by Mukherjee. That Mukherjee had aspired to become the interim Prime Minister after Indira’s assassination and his claim had upset Rajiv was one of Lutyens’ Delhi’s favourite political tales. Mukherjee’s ouster from the Rajiv cabinet in December 1984 and his repatriation to Kolkata as the state Congress president a year later only lent credence to it. Mukherjee’s one and only show of rebellion came a year later when he left the Congress and floated a regional outfit – Rashtriya Samajwadi Congress.

He returned a couple of years later. He was deputy chairman of the Planning Commission during the P V Narasimha Rao era. But it is often said, largely based on circumstantial evidence, that Sonia never trusted him fully after his return. While it is not clear whether Mukherjee aspired for the PM’s post in 1984, thoughts of becoming the Prime Minister crossed his mind in 2012.

Mukherjee, in his political memoir, recalled Sonia as having told him on June 2, 2012 that he was most eminently suited for the high office of the President, but he should not forget the crucial role he was playing in the functioning of the UPA government. In fact, Gandhi asked him to suggest an alternative name as the UPA’s presidential nominee. “The meeting ended and I returned with a vague impression that she might wish to consider Manmohan Singh as the UPA presidential nominee. I thought that if she selected Singh for the presidential office, she may choose me as the prime minister. I had heard a rumour that she had given this formulation serious thought while on a holiday in the Kaushambhi hills,” Mukherjee had said in his book.

For Mukherjee was one of the main pillars of the UPA government. He held the portfolios of External Affairs as well as Finance during the 10-year UPA rule. And he was often the only choice the Congress leadership had when it came to heading a Group of Ministers tasked with resolving a vexed issue. While Prime Minister Manmohan Singh got all the accolades for clinching the Indo-US nuclear deal, it was Mukherjee who engaged with the unpredictable and intractable Left parties and burnt much midnight oil to facilitate the smooth passage of the bill.

But Mukherjee’s name was suggested for the post of President by the same Left leaders in 2007 as well but Sonia told him that it would be difficult for her to spare him since he was a “strong pillar of the party in the government and in Parliament.” 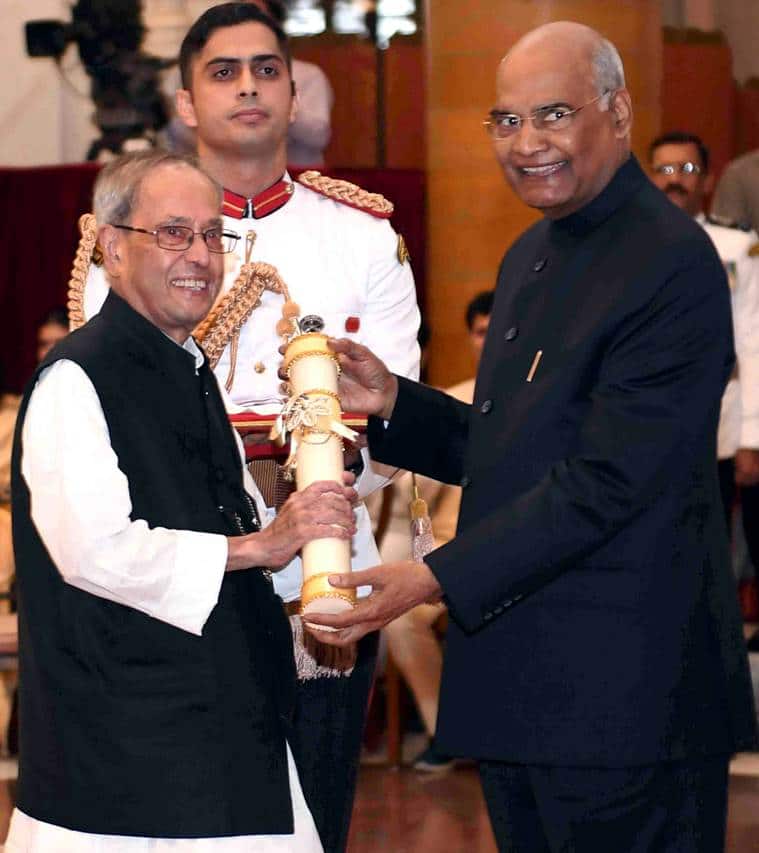 Majerhat Bridge to be demolished, new bridge in another year: Mamata

Heroine Asked To Put On Her Shirt Button At Event

What Kristoff St. John did on his last Young and the Restless episode