Gandhi, who was addressing a poll rally in West Champaran district for his second round of campaigning in the ongoing Bihar elections, also took a dig at state Chief Minister Nitish Kumar over the issue of migration and unemployment. 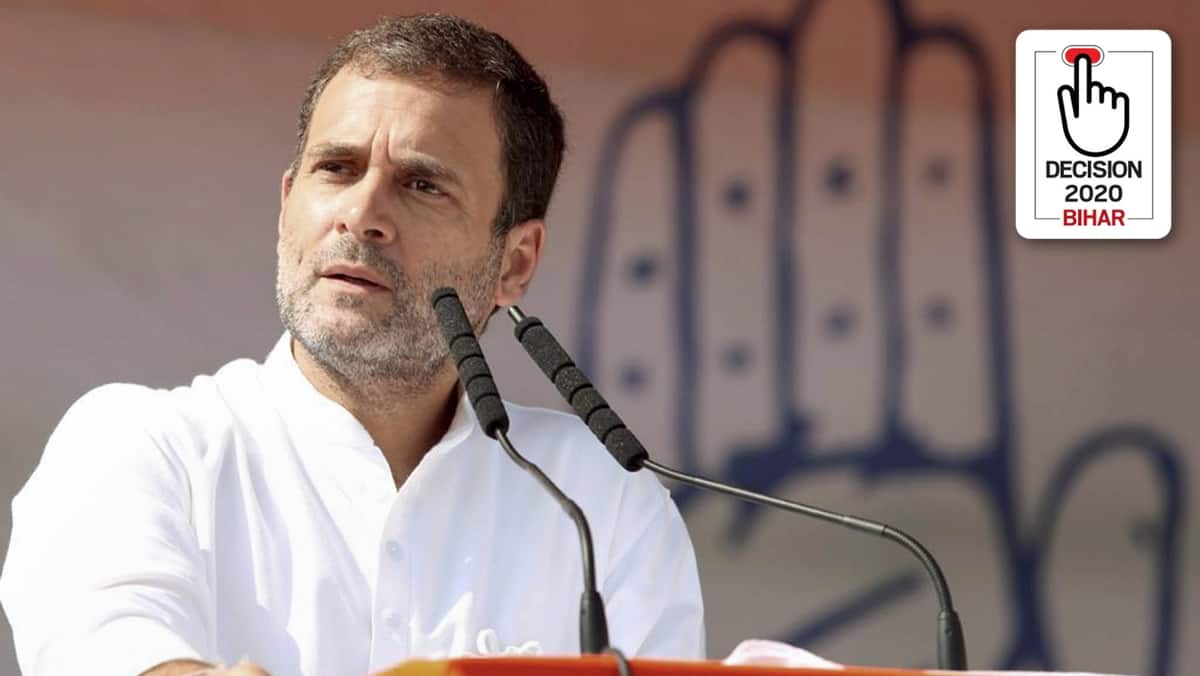 Continuing his attack on the Narendra Modi-led NDA government, Congress leader Rahul Gandhi Wednesday said that the Prime Minister speaks about other countries in his speeches but doesn’t talk about issues facing India such as unemployment.

Gandhi, who was addressing a poll rally in West Champaran district for his second round of campaigning in the ongoing Bihar elections, also took a dig at state Chief Minister Nitish Kumar over the issue of migration and unemployment.

“Bihar doesn’t have adequate jobs, facilities, and it’s not your fault. This is the fault of your chief minister and prime minister,” Gandhi said.

“Now, the PM does not say in his speeches that he would give two crore jobs. Because the people of Bihar have realised that he had lied. I can guarantee that if the PM comes today and promises two crore jobs to youths, perhaps the crowd would shoo him off, telling him that he had lied,” he added.

Supporting RJD leader and Mahagathbandhan’s chief ministerial candidate Tejashwi Yadav, Gandhi said that he brings with him a “new vision and focus on jobs”.

Gandhi also said, “Congress gave direction to the country. We gave MNREGA, waived off loans of farmers. We know how to run the country, stand with farmers and generate employment, but yes, we do lack one thing…we don’t know how to lie. We cannot compete with him (Modi) at lying.”

At one point during his address, when a person in the crowd shouted saying “PM says to fry pakodas” (a reference to prime minister’s remark on employment), Gandhi, with a smirk on his face, said that he should offer some to the CM and PM Modi when they come here next”.

Further criticising the Centre over the three recently passed farm laws, he said its “pilot project” was implemented in Bihar in 2006 when the mandi system was abolished in the state.

“What Nitish Kumar did in Bihar in 2006, Narendra Modi is doing in Punjab, Haryana and across the country,” Gandhi said.

Polling is currently underway in 71 assembly constituencies of Bihar in the first phase of three-phase elections amid tight security and Covid-19 guidelines in place.

States can put curbs, but discussion must for lockdowns: MHA
Last News