In the last three years, India has been distancing itself from the SAARC, citing security challenge facing the region from terror networks based in Pakistan, which is also a member of the grouping. 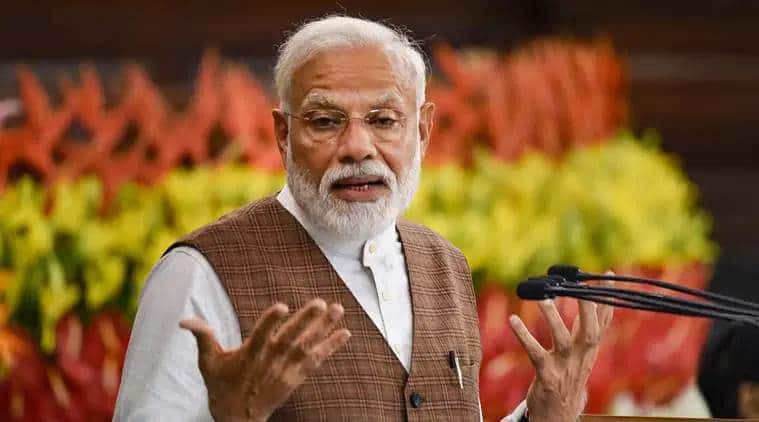 In an oblique reference to Pakistan, Prime Minister Narendra Modi has said that India’s efforts for greater collaboration among the SAARC countries have repeatedly been challenged with threats and acts of terrorism.

In a letter to the SAARC secretariat to mark the founding day of the bloc, the prime minister said all countries in the region should take effective steps to defeat the scourge of terrorism and the forces which support it.

Such efforts, he, said would generate greater trust and confidence to build a stronger SAARC.

“SAARC has made progress, but more needs to be done. Our efforts for greater collaboration have repeatedly been challenged with threats and acts of terrorism,” Modi said.

“Such an environment impedes our shared objective of realising the full potential of SAARC. It is critical that all countries in the region take effective steps to defeat the scourge of terrorism and the forces that support it,” he said.

In the last three years, India has been distancing itself from the SAARC, citing security challenge facing the region from terror networks based in Pakistan, which is also a member of the grouping.

On his part, Pakistan Prime Minister Imran Khan, in his message on the 35th SAARC Charter Day, expressed the hope that the hiatus created in SAARC’s continuous progression would be removed.

Khan “reiterated Pakistan’s commitment to the SAARC process and expressed hope that the hiatus created in its continuous progression would be removed, enabling the SAARC nations to forge ahead on the path of regional cooperation for development and to achieve their full potential,” a statement issued by the Pakistan Foreign Office.

He said Pakistan believes the effective and result-oriented regional cooperation can only be achieved by adhering to the cardinal principles of sovereign equality and mutual respect as enshrined in the SAARC Charter.

The last SAARC Summit in 2014 was held in Kathmandu, which was attended by Modi.

The 2016 SAARC summit was to be held in Islamabad. But after the terrorist attack on an Indian Army camp in Uri in Jammu and Kashmir on September 18 that year, India expressed its inability to participate in the summit due to “prevailing circumstances”.

The summit was called off after Bangladesh, Bhutan and Afghanistan also declined to participate in the Islamabad meet.

“SAARC, set up as an organisation to build a connected and integrated South Asia, aims at promoting the development and progress of all countries in the region. India continues to support various initiatives to achieve closer cooperation in diverse areas,” Modi said.

SAARC summits are usually held biennially and hosted by member states in alphabetical order. The member state hosting the summit assumes the Chair of the Association.

On December 8, 1985 at the first SAARC Summit in Dhaka, the leaders of the seven South Asian states – the Maldives, India, Bhutan, Pakistan, Nepal, Bangladesh and Sri Lanka – signed a charter to establish the South Asian Association for Regional Cooperation (SAARC). Afghanistan became the eight SAARC member in 2007.

SAARC Charter Day is commemorated every year to mark the signing of this Charter.

Farmers complain of crop loss due to animal attacks

[VIDEO] Sarkar Audio Launch: When Varalaxmi Sarathkumar fought for Thalapathy Vijay in the US – watch here

Mission Mangal trailer: Akshay Kumar and Vidya Balan take us through the EPIC journey of ISRO to Mars | Bollywood Life

‘When life is at standstill, where does sport have a future’: BCCI President Sourav Ganguly on holding IPL 2020

John Mulaney and Pete Davidson Reveal Their Crazy, Weird Pasts in a Game of True Confessions

‘For the sake of our youth…’: Kejriwal asks PM to cancel final year exams of DU, central universities

Is the state so powerless that it cannot safely bring accused to trial?: Kapil Sibal on Vikas Dubey encounter
Last News

‘For the sake of our youth…’: Kejriwal asks PM to cancel final year exams of DU, central universities