The bench, also comprising Justices K M Joseph and V Ramasubramanian, dismissed the petition on November 29, finding “no merit” in it. 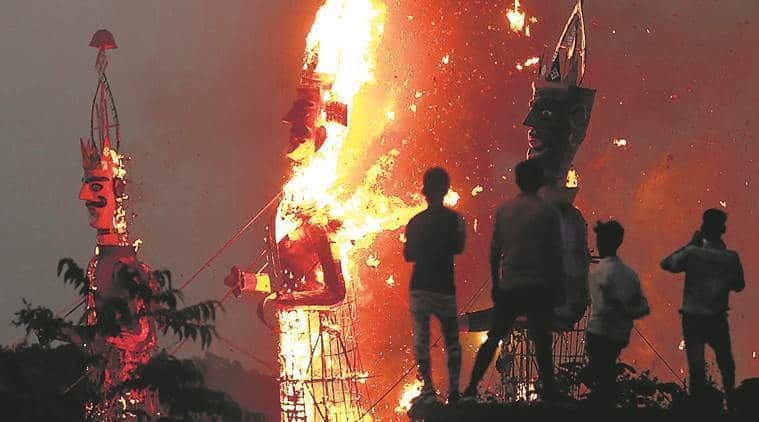 The Supreme Court has dismissed a plea which wanted the court to examine the Constitutionality of the practice of burning of effigies of Ravan during Dussehra, saying it cannot sit in judgment over people’s beliefs and cultural practices.

Justice N V Ramana, heading a three-judge bench which heard the PIL by advocate Bipin Bihari Singh, agreed with his contention that Ravan, whom the Ramayan says was the king of Lanka, was a great scholar but added that people’s beliefs about him vary from place to place and the court cannot monitor it.

Justice Ramana observed, “No doubt Ravan was a great scholar. Puranas say Lord Shiva blessed him. There is no doubt as far as this aspect is concerned. In some places, he is worshipped as a hero. In India, there is a different view…. How can we prevent people from following what they believe about it? The court cannot monitor religious beliefs.”

The bench, also comprising Justices K M Joseph and V Ramasubramanian, dismissed the petition on November 29, finding “no merit” in it.

Singh’s petition said he had filed the plea in view of the death of 61 people during Dussehra celebrations in Amritsar on October 19, 2018. He also referred to the the stampede during effigy burning in Patna in 2014 in which 32 people were killed. Singh said he was not seeking a complete ban on the practice, but only wanted the court to take a call after eliciting expert views.

According to Singh, the “inauspicious practice” of burning Ravan effigy “cropped up and mushroomed in the Sanatan/Hindu belief system in the last 50 to 60 years…it has no antiquity”.

Give official status to all 22 regional languages: PMK
Last News