Veteran actor Dharmendra on Sunday campaigned for his wife and Bharatiya Janata Party MP Hema Malini in Mathura and appealed to the people to support her in the ongoing Lok Sabha elections. 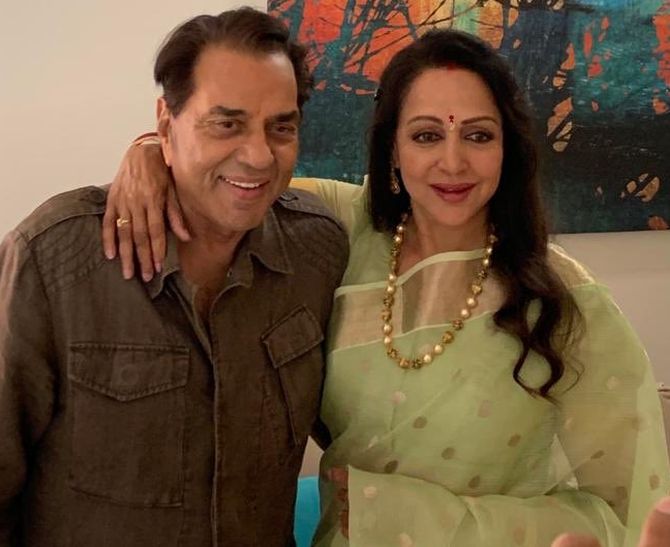 “Vote for Hema Malini. Without your support, we will not be able to take even a single step towards the development of the city,” Dharmendra said while addressing a gathering in Mathura.

Earlier, Hema Malini took Twitter to announce that her husband would campaign for her in her constituency.

“Today is a special day for me! Dharamji is here in Mathura to campaign for a whole day on my behalf. The public is waiting eagerly to get a glimpse of him and listen to what he has to say,” she said in a tweet. 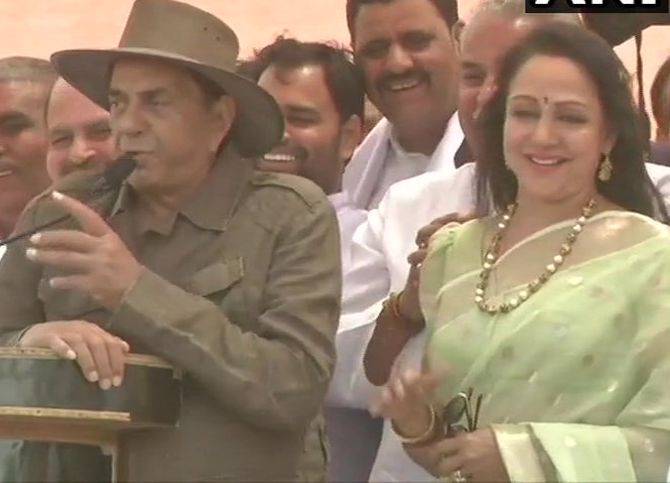 In an interview to ANI on April 13, Malini exuded confidence that ‘her work’ will help her win the polls. 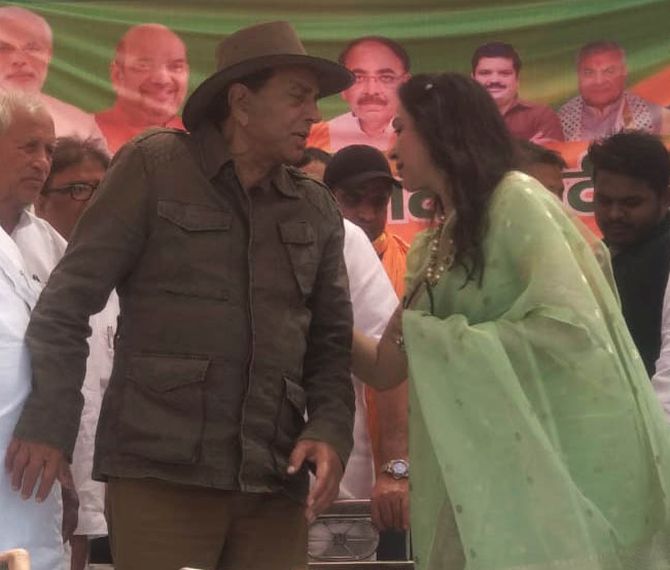 “I have provided water, electricity facility to all areas in the constituency. I have also got a passport office open in Mathura. Earlier, people had to go to Aligarh or other towns for making passports. Roads have been widened. Connectivity has improved a lot,” the actor-turned-politician had said. 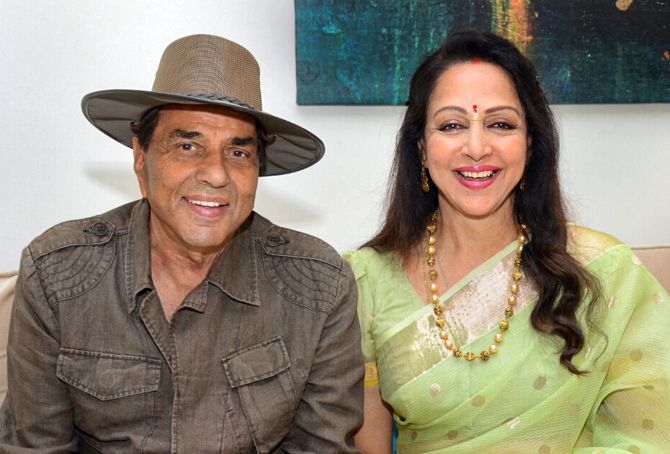 Election to Mathura Lok Sabha constituency is slated to be held in the second phase of polling on April 18.

Under fire for appointing ‘representative’, BJP MP Sunny Deol says ‘controversy being created out of nothing’

‘Please take it’: Vijay Mallya tweets offer to pay 100% back to banks, govt

Punjab: In CM’s native place, life goes on as before amid COVID-19 outbreak

One death, 43 fresh cases in Pathanamthitta

30 killed, over 50,000 homeless as heavy rains continue across Kerala