Hiroo Advani founded Advani & Co, India’s “oldest specialised arbitration practice” in 1986. The law firm’s website describes him as a “world authority on arbitration law” and “one of only two Indian lawyers ever listed in the International Who’s Who of Commercial Arbitrators”. 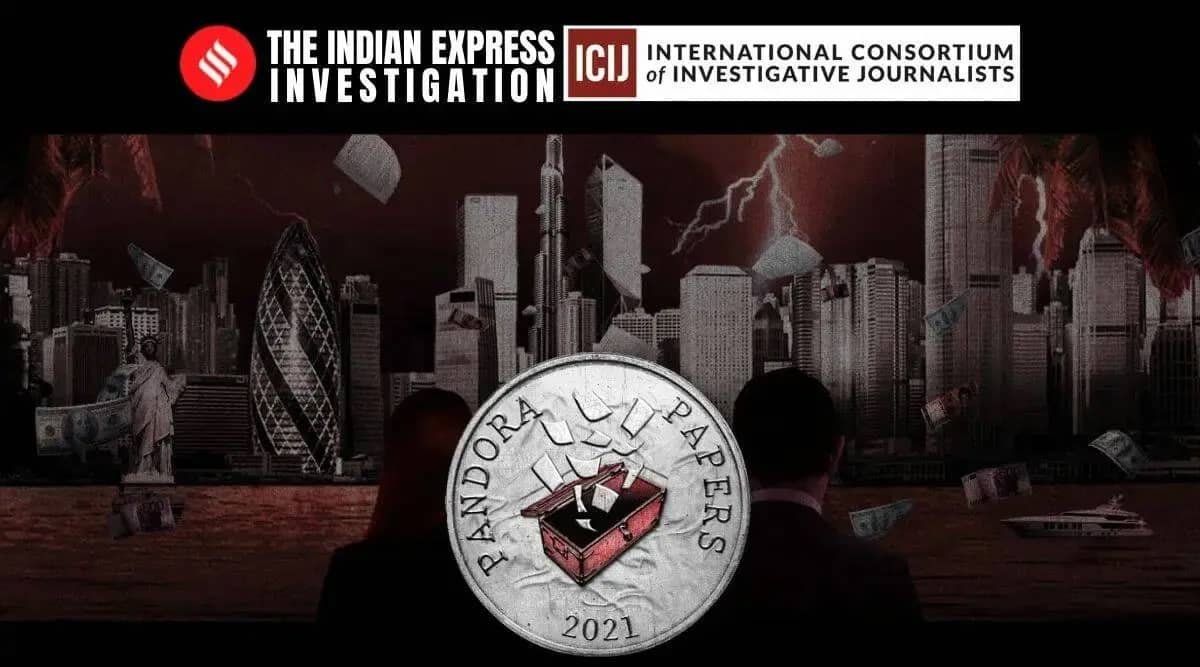 Nita Advani also co-owned a third offshore firm in BVI with Tony Jashanmal who is the group director of a family-owned retail and distribution empire in the Gulf.

Records in the Pandora Papers show that a Swiss private bank, Clariden Leu, was authorised to give instructions for running the affairs of the three offshore entities. Clariden Leu’s London address was recorded as the business address for these firms.

Hiroo Advani founded Advani & Co, India’s “oldest specialised arbitration practice” in 1986. The law firm’s website describes him as a “world authority on arbitration law” and “one of only two Indian lawyers ever listed in the International Who’s Who of Commercial Arbitrators”.

Earlier, along with his brothers Ashok and Rajkumar, he founded Business India, a fortnightly, in 1978. 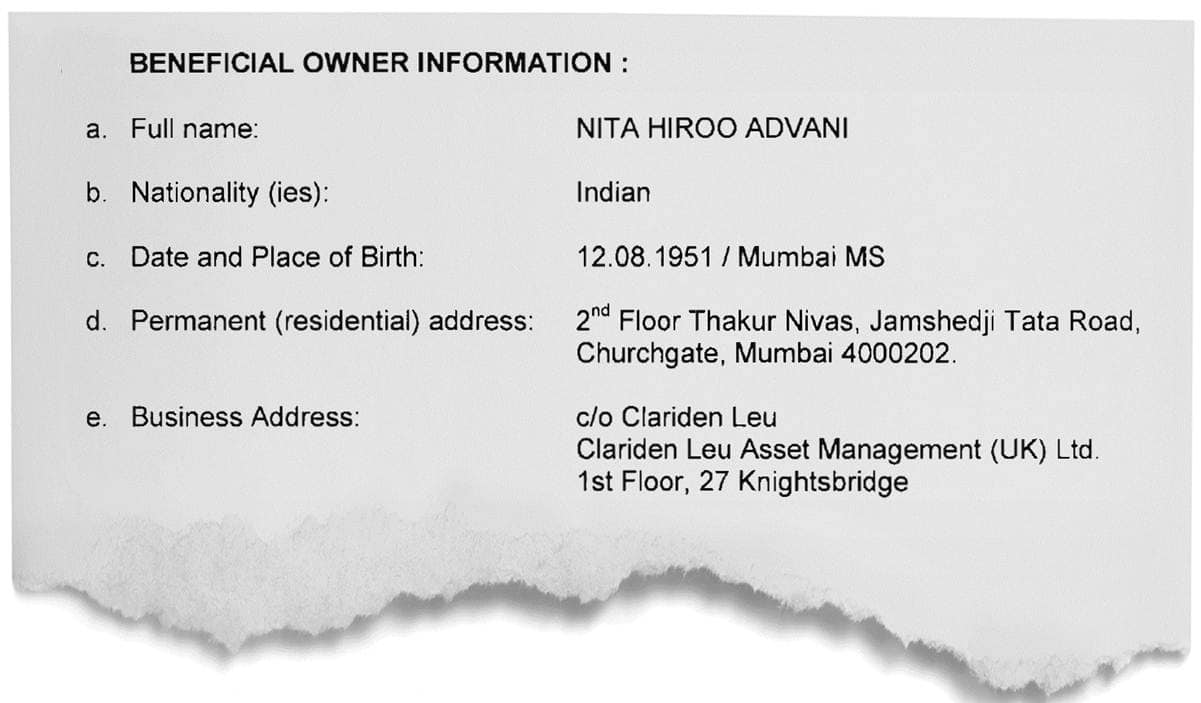 According to India’s Registrar of Companies (RoC) records, Nita Hiroo Advani has been serving as director since 2006 in Chryssa Real Estate Pvt Ltd in Mumbai (with 99.9% stake). The records also show a different Director Identification Number for Nita Hiroo Advani for her listing as director in Narayani Properties And Estate Developers Pvt Ltd in Goa (with 95% stake).

An Indian passport holder, Jhangiani Tony Naraindas Jashanmal leads the Jashanmal Group that began its journey in 1919 when his grandfather set up its first departmental store in Basra, Iraq.

Today, the group runs over 150 stores in the UAE, Kuwait, Bahrain and Oman, alongside a distribution network of consumer goods and services extending to more than 1,000 outlets.

On May 3, 2010, Hiroo and Nita furnished compliance details as beneficial owners of Lidcote Ltd, a company incorporated in BVI, and Faraday International Limited, which was set up in Seychelles.

On the same day, Nita and Tony Jashanmal furnished compliance details as beneficial owners of Bateheath Ltd, which was incorporated in BVI.

In the compliance records, the Advanis and Jashanmal were represented by Clariden Leu Asset Management (UK) Ltd, a subsidiary of Credit Suisse until it was acquired by Swiss wealth management firm Falcon Private Bank in 2013.

The Advanis and Jashanmal declared inheritance, personal and business assets as source of funds for these firms.

Apart from serving as holding and investment companies, these three entities listed proposed businesses, ranging from real estate, oil and mining to money transfer and jewellery. The beneficiaries used nominee directors, secretaries, and shareholders for all three companies.

In a resolution on July 5, 2010, Faraday International (Seychelles) recorded that “the Company is borrowing from Clariden Leu Ltd and has pledged (all/part) of its assets held with Clariden Leu Ltd as security” on May 11, 2010.

Earlier, in February 2009, Clariden Leu wrote to corporate service provider Cook Worldwide on behalf of Hiroo Advani for setting up a Mauritius company as a 100 per cent subsidiary of Bateheath Limited (BVI). This communication was copied to Hiroo Advani.

One of the objectives of the proposed Mauritius company, wrote Clariden Leu, would be to “invest in real estate investments, including hospitality and hotel projects in India.”

By 2017, show records, both BVI companies — Bateheath Limited and Lidcote Limited — were struck off the Registry. Faraday International (Seychelles) was to be struck off in June 2016 but its status remains unclear.

In an email response to queries from The Indian Express, Hiroo Advani said: “Those are NRI client companies and as far as I know the clients have shut them down 10 years or so before. Have no further information as have not kept old records. Nita Advani has never had any holding in Bateheath Ltd (BVI). Tony Jashanmal is a businessman in the Gulf for the last 50 years and I am unaware of his business dealings. Nita Advani’s domestic companies are all local companies and all returns have been filed and taxes paid.”

In an email response, Jashanmal said: “ I am a Non-Resident Indian and I have been living and conducting business out of India for more than 50 years. I have no recollection of ever having an offshore company Bateheath Limited (BVI).”

“In any event, this is such a long time ago and even I had such a company it has never been activated and could not have funds of more than USD 100. I have not held any shares with Nita Hiroo Advani and never in the past and the present have any kind of business interest, property holdings or any other business connections with her,” he said.

Oppn to display strength of unity at Congress CMs’ swearing-in

Vendor held by UP Police: Death due to head injury, says autopsy

Bigg Boss Telugu 3: Will Jr NTR host the next season of the controversial reality show? Here’s the inside story