RHIMS Chairman Sangramraje Bhosale said, "This is a time of crisis. The state needs to create vital hospital capacity to help the local tribal population. We are proud to partner the government and the district administration." 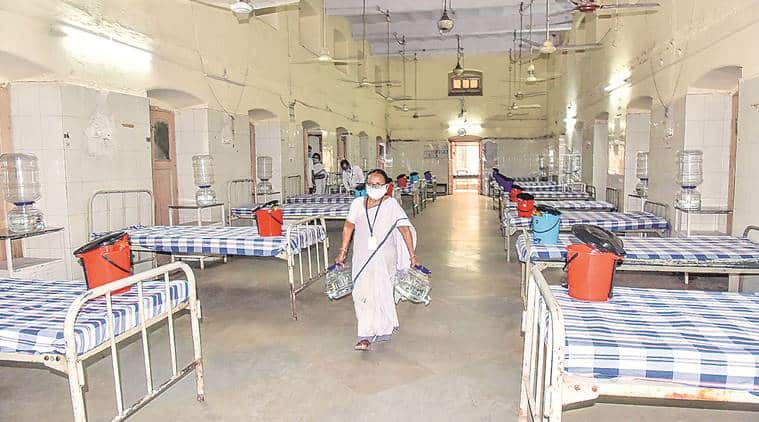 Turning the Covid-19 crisis into an opportunity to augment the healthcare system of Palghar district, the local administration has acquired two shuttered private medical facilities — Revera Hospital and Institute of Medical Sciences (RHIMS) in Vikramgad and Ideal Hospital in Wada — to turn them into dedicated facilities for coronavirus.

“The goal is to ensure that people who are hospitalised with severe infections can receive dedicated care while other healthcare facilities can support non-infected patients,” said Palghar District Collector Kailash Shinde.

Shinde added that RHIMS, spread over a 54-acre sprawl, was an in-operational private facility that has been converted into a 200-bedded Covid-19 care hospital. “When the owners were approached, they agreed to offer the premises free of cost,” he said.

RHIMS Chairman Sangramraje Bhosale said, “This is a time of crisis. The state needs to create vital hospital capacity to help the local tribal population. We are proud to partner the government and the district administration.”

Shinde said he has also moved a proposal to convert the facility into a full-fledged district civil hospital once the Covid-19 crisis has been overcome.

Bhosale indicated that the owners are receptive to the proposal. “The facility is tailormade for a multi-speciality hospital.” The owners had plans to run an MBBS course from inside the premises, but are yet to receive permission for the same. While the government has sanctioned construction of another civil hospital in Palghar taluka, Shinde said that it will take another three years to come up.

A 100-bed Covid-19 facility has also been readied inside the Ideal hospital premises in Wada. Abhishek Jain, Chairman of Ideal Foundation, said: “When the government approached us for use of the premises, we willingly offered it free of cost. These are unprecedented times. Everyone must pitch in.” While architecture, engineering, pharmacy, law and nursing colleges are run by the institute within the same complex, Jain said that these colleges are shut at the moment due to the lockdown.

Situated barely three hours away from Mumbai, the region is beset with poverty, water scarcity, high unemployment and illiteracy. It has seen over 2,000 children under six die of chronic illnesses and undernourishment in the last four years. Also, the maternal mortality rate is higher than most districts with many tribal women suffering from anaemia.

Carved out from the old Thane district in 2014, Palghar still does not have its own government district hospital. There are only three sub-district hospitals, and eight rural hospitals to cater to a rural population of 16 lakh.

The local administration was faced with a couple of challenges – to contain the spread of Covid-19 in tribal belts and ensure that dedicated facilities are set up to allow existing health infrastructure to cater to those suffering from other diseases.

In the recent past, activists had slammed the local administration for inadequate health facilities to address child deaths and anaemia.

But the administration appears to have lived up to the challenge so far. Rural Palghar has so far recorded 29 Covid-19 cases. Of this, 19 people have recovered. “Four of the six tribal talukas in the district have no active cases. Only Palghar and Dahanu have 10 active cases. All the patients are stable,” said Shinde.

In comparison, the Vasai Virar Municipal Corporation, the sole municipal corporation in the district, has reported 200 cases so far.

But the local administration is grappling with one more challenge – lack of specialist doctors. “We urgently require intensivists, physicians and anaesthetists. While the government has permitted districts to recruit private doctors, there aren’t any available. We are requesting all those eligible and interested to please contact us. We will make all relevant arrangements regarding their accommodation and remuneration,” said Shinde.

After Sosa’s death, families of other fishermen in Pak jails live in fear, grief

Lawyer gets a week in jail for contempt after 13 years