Khaled Ahmed writes: Pakistan has been in two minds about recognising Israel, especially after India revived its almost dead relationship in 1992 and proceeded to trade with it in the high-tech sector without creating any negative reaction among Pakistan’s Arab friends. 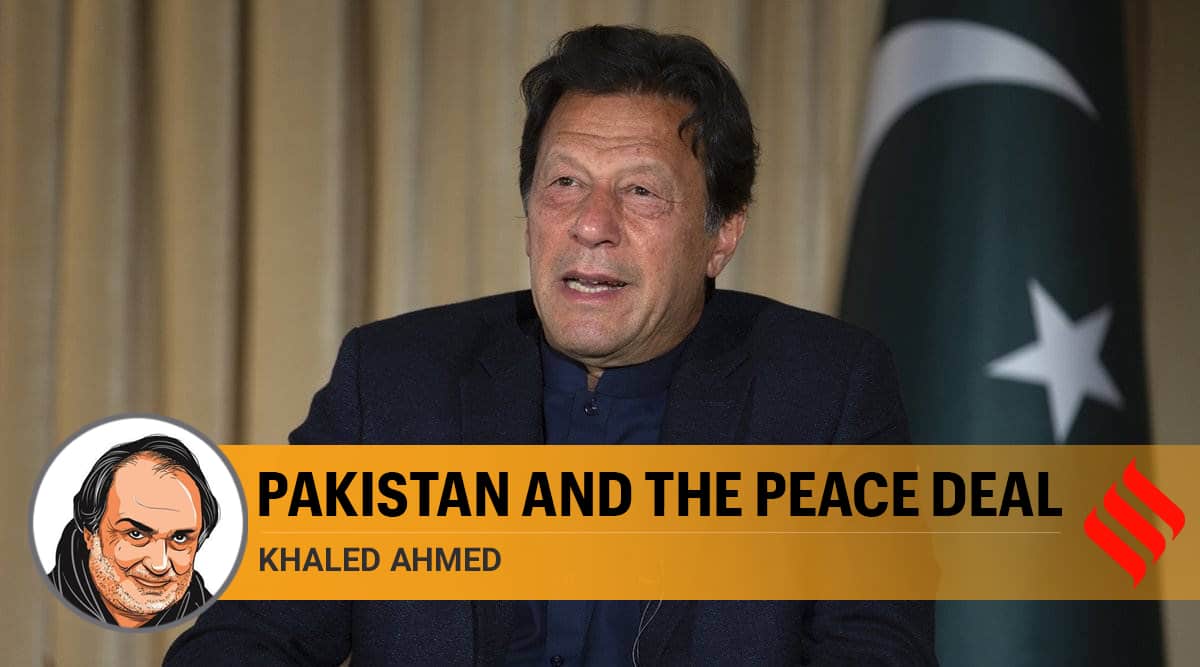 The common man in Pakistan is jolted by the “peace deal” between Israel and the United Arab Emirates (UAE) that will “lead to a full normalisation of diplomatic relations” between the two. Israel has agreed to suspend applying sovereignty to areas of the West Bank that it was prepared to annex, but that doesn’t console the conspiracy-soaked mind of the common man in Pakistan. Most of the more “pragmatic” Arab neighbours of Israel have behaved differently towards Israel and they didn’t care that Pakistan continued to be so completely anti-Israel.

Most Pakistanis also don’t know the facts behind the current political map of the Middle East and ignore the details of how the Arab states are threatened more by their fellow-Arab states than Israel. After the sectarian wars in the Gulf and Iraq-Syria neighbourhood, this should have dawned on Pakistan but it didn’t. Pakistan is greatly perturbed by the introverted policies followed by Saudi Arabia and its neighbours with regard to India and simply can’t comprehend the inaction of the Organisation of Islamic Cooperation (OIC) over Kashmir. They can’t grasp the Arab inwardness that ignores Kashmir, which they often equate with the Palestinians living under “Israeli tyranny”.

Explained | After Israel-UAE-US deal: gainers and losers, and key takeaways

Saudi Arabia and the UAE feel threatened less by Israel than by Iran, which seems to be encircling them by backing and financing the sectarian wars in Iraq, Syria, Lebanon and Yemen. There is nothing that Pakistan — headed by Prime Minister Imran Khan who tries naively to pose as the peacemaker between Iran and Saudi Arabia — can do about it. Saudi Arabia and the UAE together with “aid-recipient” Egypt are fighting an “unequal” war against Turkey in Libya.

Rulers in the Gulf are more scared today of fellow-Arab states like Qatar than of Israel. They are no longer consoled by the presence of the United States in the Gulf region as a guarantor of their peace. Headquartered in Qatar, America’s Central Command looks the other way as Qatar joins Turkey to support and fund the Muslim Brotherhood in Egypt, which had ruined the Arab Spring (2010-2012) by coming to power through elections and subsequently threatening the “kingdoms”.

The new American interest in its “global retreat”, where Pax Americana can be given over to someone else, is being felt in the Gulf region too. But before leaving, President Donald Trump wants to leave behind an order that continues to favour US global interests. In January, Trump announced a “peace plan” that would allow Israel to control a “unified” Jerusalem as its capital and “not require it to uproot any of the settlements in the West Bank that have provoked Palestinian outrage and alienated much of the world”.

The “two nations” required by the United Nations to live in separate states will live together in “unified” Jerusalem; and security will be solely the responsibility of Israel, which means Palestinians will not have an army of their own. Israel will “regularise” the illegal settlements — one-third of West Bank — built on land belonging to the Palestinian people. And Trump promised to provide $50 billion in international investment to build the new Palestinian entity and open an embassy in its new state.

This should have outraged the Islamic World but it did not. The UAE, Oman and Bahrain were present when Trump announced the “peace plan”, standing together with Israeli Prime Minister Netanyahu who was not even elected but acted merely as a caretaker PM. The plan was to be “negotiated” in four years but has been hastened by the prospect of Trump’s defeat in the coming polls in November. The plan was to allow Israel to immediately annex territories supposed to belong to the State of Palestine under the “two-states” status quo recognised by the UN. Eight months later, that annexation was postponed.

Pakistan has been in two minds about recognising Israel, especially after India revived its almost dead relationship in 1992 and proceeded to trade with it in the high-tech sector without creating any negative reaction among Pakistan’s Arab friends. Under President Pervez Musharraf, recognition of Israel was seriously considered as the Indian Embassy in Tel Aviv issued “some 30,000 visas for Israeli travellers”. Pakistan’s foreign minister was “facilitated” by Turkey to discuss the possibilities of a Pak-Israel normalisation of relations with an Israeli envoy, but the move came to nought because of Pakistan’s textbook brainwash against Israel.

Then Turkey slid under the control of the Islamists under Prime Minister Recep Erdogan, who now threatens the UAE for having opened up to Israel, not knowing that one reason behind the recognition was the threat he posed to the UAE. Erdogan doesn’t care how he would look threatening the Arabs while Turkey continues to recognise Israel. He may be realising that his revival of the Ottoman Empire that controlled Western Asia and Northern Africa between the 14th and early 20th centuries threatens the Arabs once again.

This article first appeared in the print edition on August 22 under the title “Pakistan and the peace deal”. The writer is consulting editor, Newsweek Pakistan.

Also from Explained: Israel and UAE normalise relations; here’s what it means for the Middle East

India lagging behind, thanks to Modi’s foreign trips: Akhilesh Yadav

A letter to Kalam sir…

What Bihar will tell us about national politics