The NC president said since the PAGD was formed in the backdrop of the constitutional changes affected in J&K on August 5, 2019, it remains “determined” to stand by its position as stated in the Gupkar Declaration. 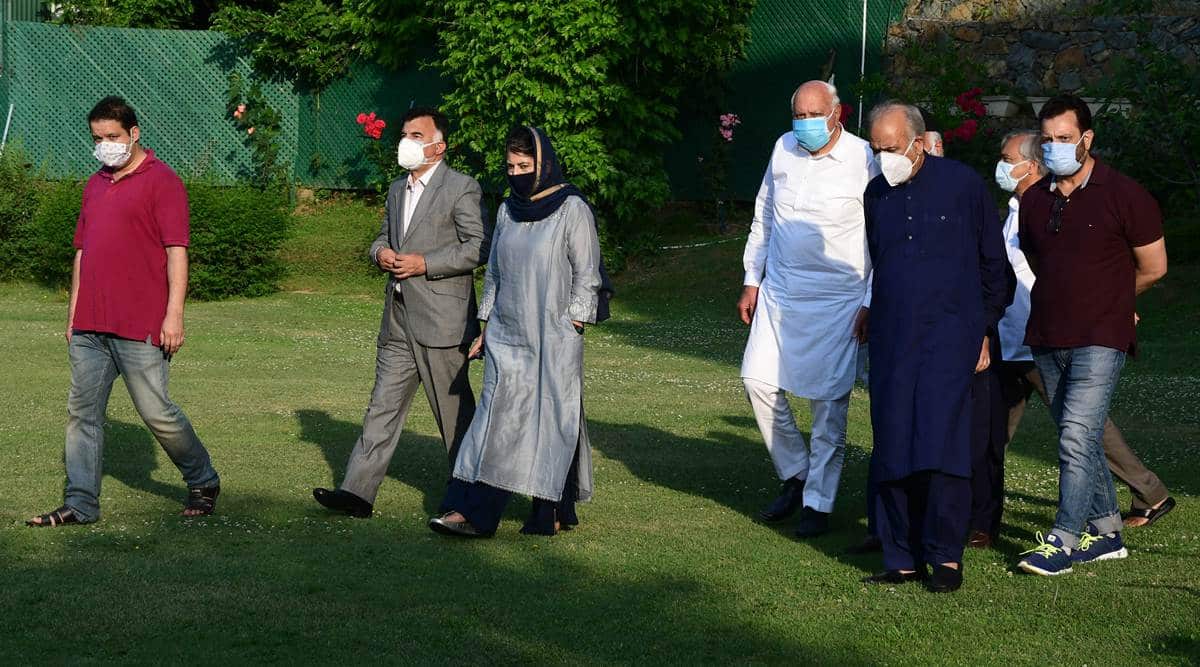 Chairperson of the People’s Alliance for Gupkar Declaration (PAGD), Dr Farooq Abdullah, on Wednesday said that no doors are closed for talks with the Centre. “If they invite us, then we will decide at the time,” Abdullah said in Srinagar, where alliance constituents NC, PDP, CPI(M) and Awami National Conference met after over six months.

In response to a question on whether the group would consider talking to the Centre with regard to the situation in J&K, Abdullah said, “We have not closed any doors or options.” He said the “police are increasing pressure here” and “I would appeal to the LG to stop these detentions or people will become so against them that they will not be able to handle it”.

The NC president said since the PAGD was formed in the backdrop of the constitutional changes affected in J&K on August 5, 2019, it remains “determined” to stand by its position as stated in the Gupkar Declaration.

The PAGD has had no formal interactions with the Centre barring a letter from Mehbooba Mufti to PM Narendra Modi in May seeking the release of all political prisoners in J&K. This after Tehreek-e-Hurriyat chief Mohammad Ashraf Sehrai passed away in a Jammu hospital in the course of his detention.

The alliance has designated CPI(M) leader MY Tarigami as the new spokesperson for the group since the position was vacant post Sajad Lone’s exit.

Mehbooba Mufti said that the alliance met after a long time to discuss the situation. “The case is on in court but it is not being taken up now because of Covid, but even earlier it wasn’t being taken up. We met after a while and we just wanted to touch base.”

News updates from Hindustan Times at 5pm: 2 pilots killed as Indian Army’s Cheetah helicopter crashes in Bhutan, Chidambaram rebuts Indrani’s claims in court and all the latest news at this hour

An e-commerce startup from Coimbatore designs planners on positivity