These arrests were preventive in nature and a majority of those arrested have been released since. Currently, 609 people, 218 of whom are alleged stone pelters, continue to be under detention, Ministry of Home Affairs told Rajya Sabha during question hour. 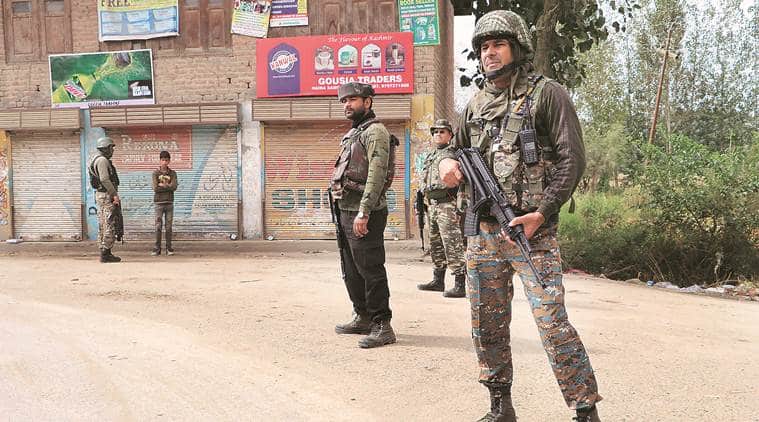 The Jammu and Kashmir administration has put behind bars more than 5,000 people since August 4, a day before the government announced abrogation of the state’s special status.

The government on Wednesday told Parliament that since August 4 as many as 5,161 people have been arrested for maintenance of law and order in the erstwhile state. These arrests were preventive in nature and a majority of those arrested have been released since. Currently, 609 people, 218 of whom are alleged stone pelters, continue to be under detention, Ministry of Home Affairs told Rajya Sabha during question hour.

In reply to a question on detentions in Kashmir, MoS Home G Kishan Reddy said, “With a view to prevent commission of offences involving breach of peace and activities prejudicial to the security of the State and maintenance of the public order, 5161 preventive arrests, including stone pelters, miscreants, OGWs, separatists and political workers, were made since 4th of August, 2019, in Kashmir Valley and out of these, 609 persons are presently under detention, out of which approximately 218 are stone pelters.”

The question had been asked by DMK MP Tiruchi Siva.

It must be noted that the figures given by the government are only of preventive arrests and arrests made in connection with cases registered by the police since abrogation of Article 370 in Kashmir are in excess of these figures, sources said.

In reply to a question on stone-pelting incidents in Kashmir on Tuesday in Lok Sabha, Reddy had said that as many as 765 people have been arrested in connection with incidents of stone pelting and other law and order issues since August 5. He also informed that the state police had registered 190 such cases since the announcement of Abrogation of Article 370.

In reply to a separate question, Reddy also informed the Rajya Sabha that as many as 586 incidents of terrorism had been reported in Kashmir from January to November 10. As many as 36 civilians were killed and 183 injured in these incidents, Reddy said.

According to Reddy’s reply, the deceased included  13 civilians from Uttarakhand, Bihar, Chhattisgarh, Punjab, Rajasthan, West Bengal, UP and Haryana died in these incidents in Kashmir in 2019.

“The Government has adopted a policy of zero tolerance towards terrorism. Security Forces are taking effective and continuous action in countering terrorism as a result of which a large number of terrorists have been neutralized in the State of Jammu and Kashmir during the past few years,” Reddy said in his reply.

Notably, Home Minister Amit Shah has earlier said multiple times in Parliament and outside that the newly formed union territory would be given its statehood back after peace is restored in the Valley.

With no decision on SPV, maintenance of Mohali industrial areas takes a hit

SC upholds cops’ conviction: Wish they had got life imprisonment, says wife of man who died in police custody

China accused of eliminating the culture, language and identity of the Uyghurs