The Opposition in Lok Sabha on Thursday accused the Modi Government of trying to sell off railways' assets instead of focusing on services. 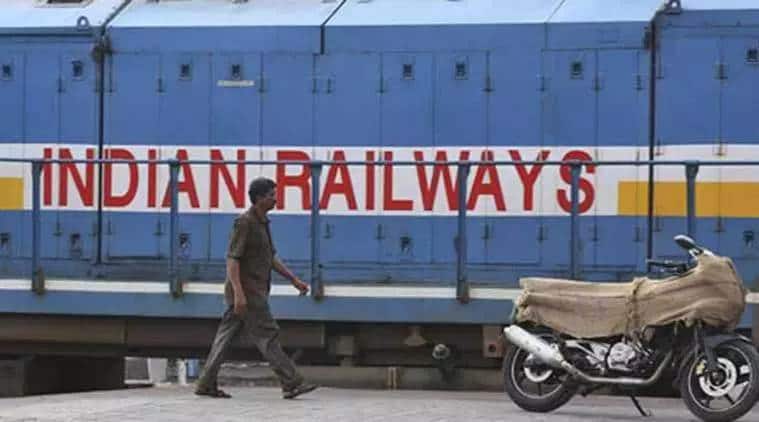 The BJP asserted that the transport behemoth is breaking new ground every day, especially in areas of infrastructure and safety.

During a debate on demands for grants under the Ministry of Railways, the Congress, TMC and other parties tore into the government as they opposed alleged attempts to privatise the railways and claimed it was “selling dreams” like the ‘bullet train’ to the people which were not feasible.

He said the BJP-led NDA government has consistently failed to meet its targets since it came to power first in 2014 and mocked its statement of Rs 50 lakh crore investment
in the coming years.

It is like seeking a tent to sleep when there is not even a mat, he said while initiating the debate.

The Congress leader noted that while Prime Minister Narendra Modi had stated that railways will not be privatised, the Budget talks about public-private partnership, corporatisation and disinvestment. “It is clear you intend to sell its assets,” Chowdhury said.

The railways’ operating ratio was 98.4 per cent in 2017-18, he said adding its revenue and expenditure fell short of official claims.

“But you do not stop selling dreams,” he said. The Congress leader said the Government was talking about bullet train while the freight services were suffering and said it has “become a government of MoU”. He accused the government of privatising profit-making production units of railways, including the one in Rae Bareli, the Lok Sabha constituency of Congress leader Sonia Gandhi.

NCP MP Supriya Sule sought an assurance from the government that it would not privatise the railways.

Sule said unlike Air India, where the government is trying for disinvestment, the minister should assure the house it wouldn’t privatise the railways.

Trinamool Congress (TMC) member Sudip Bandyopadhyay said the bullet train concept is not possible in India and it is a “hoax”. “It is a hoax and a false promise. It is bogus on Indian soil,” he added.

Sule too took a swipe at the government over the delay in bullet train project, saying like the BJP’s 2014 poll slogan of ‘achche din’, the promise of bullet train may also remain unfulfilled. Bandyopadhyay said that the government should look at railway bridges which are over 100 years old as it involves safety and security of passengers. He said there is a huge vacancy for gangmen which has reached two lakh and also a shortage of rail drivers.

“When will you fill these vacancies,” he said, adding more attention needs to be given to complete dedicated freight corridor projects. He added that base kitchen, cleanliness, food safety and quality should get priority. He also claimed that integrating rail budget with the general budget has not helped the railway sector.

Countering the opposition’s allegations, BJP MP Sunil Kumar Singh Thursday said the performance of railways is much better now that it was under the Congress rule and it was achieving new milestones.

Railway accidents have drastically reduced by 73 per cent in the five-year period of Modi government from 2014 to 2019, he noted.

Participating in the debate, DMK member Kanimozhi alleged that the Railways still employ manual scavengers, and said: “it is a shame for the nation.” She alleged the government wants to hide this by appointing them through contractors. She said all signboards on Railways stations are in Hindi and demanded they should be in regional languages as well.

Rahman said the bullet train is being planned only for few people and if the government would spend half of the amount on small cities, it will help in improving railways. BJP MP Gopal Chinayya Shetty pitched for encouraging public-private partnership (PPP) model to boost the country’s progress.

“PPP model is the only solution and would lead the country to progress. It can only provide facilities to the people,” Shetty said.

TCS back as India’s most valued firm; RIL is 2nd