"The Centre is not talking about the benefits of the laws to the farmers, all they are saying is that it will not cause any harm to them…," Kejriwal said at Singhu border. 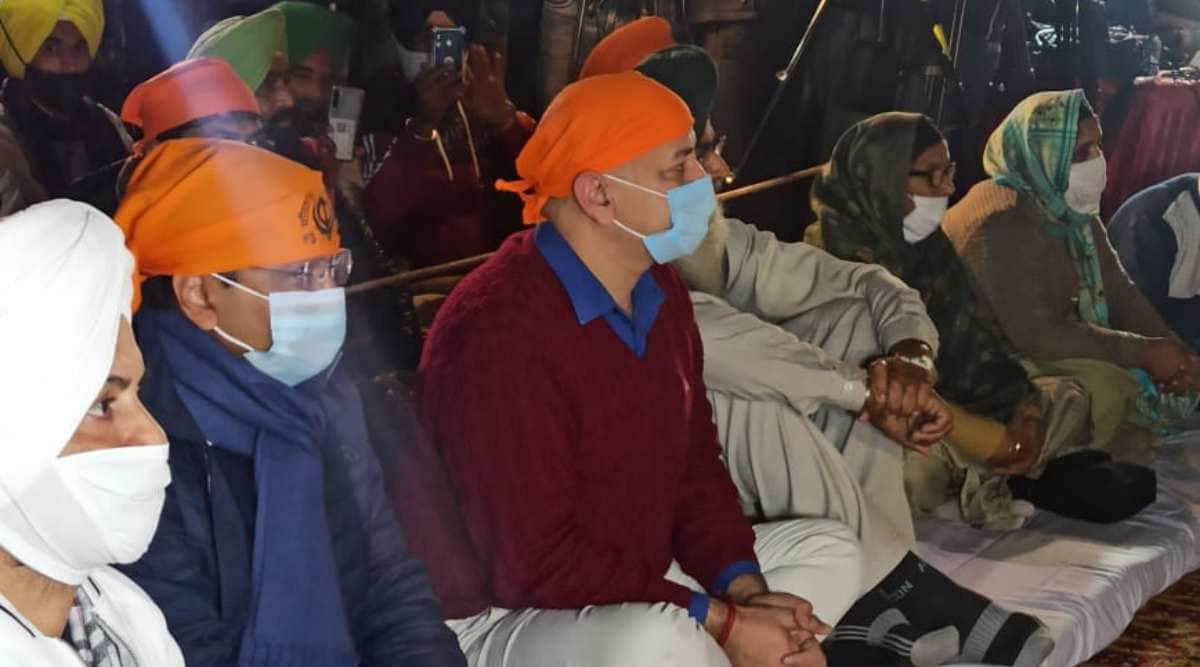 Delhi Chief Minister Arvind Kejriwal on Sunday attacked the central government over the three contentious farm laws, saying that only corporates, and not farmers, would be benefitted from them.

Addressing the farmers at ‘Safar-e-Shahadat’ Kirtan Darbar, commemorating the martyrdom of Mata Gujri and the chaar sahibzaadas at Singhu border, Kejriwal said, “The Centre is not talking about the benefits of the laws to the farmers, all they are saying is it will not cause any harm to them… Only corporates will reap their benefits.”

He slammed the NDA leaders who have been assuring the farmers that minimum support price (MSP) will not be taken away from the peasants. “They say the laws will not take away farmers’ lands, or MSP…  are these benefits? These were already there… Why’ve you brought the laws then? Tear and throw it away,” the Delhi CM said, adding that he has not met a single NDA leader who can explain how the agriculture laws can help the farmers.

Throwing a challenge to the Centre, he said, “It is being alleged that the farmers are being misled. I challenge any Union minister to debate with farmers on agriculture laws, it will be clear how beneficial or harmful they are.”

In a veiled reference to Aam Aadmi party’s other political rival, Congress, Kejriwal said: “For 70 years, everyone deceived farmers… all netas, parties. Now, by enacting these laws, they (current government) want to snatch their farming also… What else do farmers have?”

Describing the ordeal of the protesting farmers, who have been braving the biting cold at the borders of the national capital for over a month, he said, “Our farmers are forced to sleep on streets amid this cold for the past 32 days. Why? It pains me that over 40 people have lost their lives here (at borders).” He hoped that the Centre won’t let “more farmers get martyred”. “I appeal to the Centre with folded hands to listen to them and repeal the farm laws.”

Anjum to compete in MQS section of rifle 3-position

Flame for 2020 Tokyo Olympics lit in Greece amid virus lockdown

Having a separate constitution for Jammu and Kashmir was an aberration: Ajit Doval