Anuj Dubey, a resident of Sasaram, said students were not allowed to study on the platforms after they staged a protest in 2018 over delay in the announcement of the railway examination date. 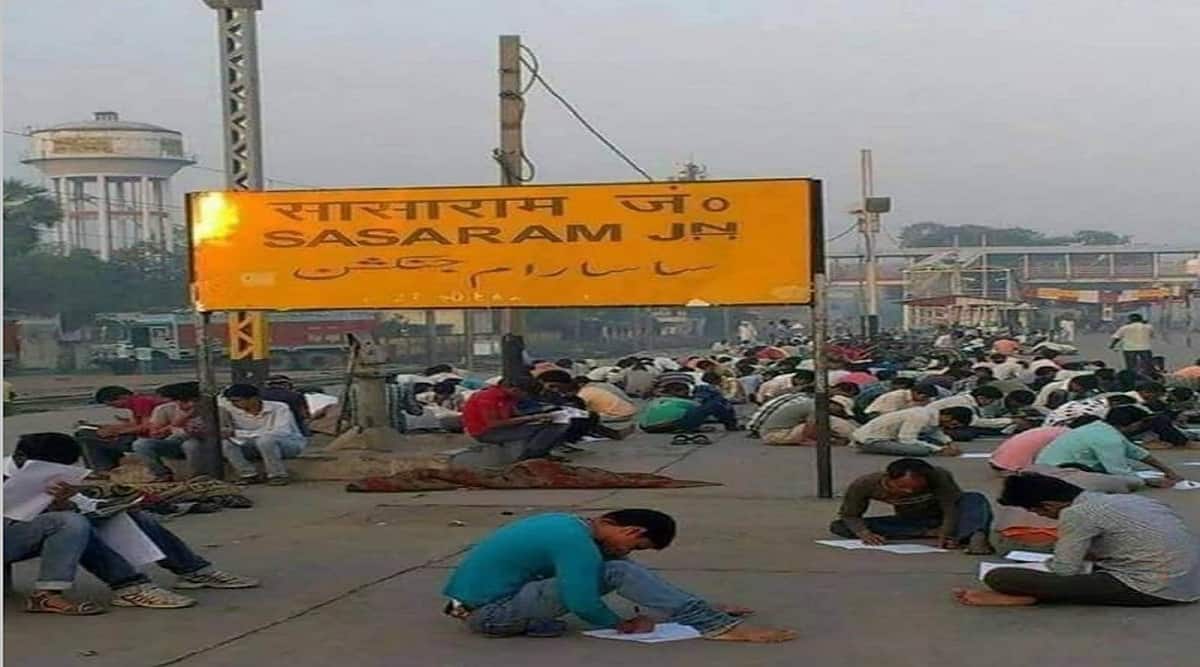 After IAS officer Awanish Sharan tweeted a photograph of government job aspirants studying on a platform at Sasaram railway station in Bihar, a flurry of replies was both posted online and discussed offline. While some recalled how they would beat power cut woes by reaching the station at night and also in the morning to study, there were a few others who claimed no such study groups were ever allowed on the platforms.

Sharan’s Twitter post read, “For two hours every morning and evening, both the platforms 1 and 2 of the railway station turn into a coaching class for young people who are aspirants for the Civil Services.”

It all began in 2002-03, Sharan added, when a small group of students started coming to the railway station to study. “The reason being that Sasaram station has electricity 24X7. Mostly, the boys are from Rohtas, the district in Bihar that is hit by Left-wing insurgency. In many villages, either there is no power or the electricity is only intermittent,” Sharan wrote on the microblogging site.

However, although the station doubled up as a study centre since 2002, almost 20 years later, the dilapidated tin shed on the station rarely sees any student as the authorities have banned study groups citing safety concerns.

An official at the station on condition of anonymity said, “There are no such study groups that come to the platforms these days. They used to be held many years ago but since I joined, I have never seen any student visiting the station to prepare for examinations.”

But East Central Railway CPRO Rajesh Kumar has a different version of the story and says no such study groups were ever allowed at the railway platforms. “There were a few students who used to visit the station at night due to power cuts in their areas many years ago but the station picture going viral is not related to it. It might be of an exam day when students were waiting for the train on the platform,” Kumar said.

Meanwhile, Anuj Dubey, a resident of Sasaram, said students were not allowed to study on the platforms after they staged a protest in 2018 over delay in the announcement of the railway examination date. “Thousands of students had staged a protest for the delay in conducting the group D exams of the railways. Since then, students are not allowed to come and study on the platforms,” he said.

Ramesh Anand, who was a part of this study group, managed to clear the bank clerk examination in 2009. Anand owes his success to Sasaram platform 1 and the group members who helped him not just crack the examination but also gave him a crisp white shirt to appear for the interview round.

“Whatever I am today, I owe it to the railway station study group. Luckily, I cleared my first government job examination within six months of preparation. I travelled from Rohtas to the station every morning and became friends with other aspirants. We all helped each other out in solving questions and with test papers. Some of my friends from the group now work in the railways,” Ramesh said.

“Many of us even stayed there at night as there was an electricity problem in the nearby villages. We used to bring our own books and notes and shared them with other aspirants as well. Mosquitoes were a problem during the nights but the students were so focused on studying, no one ever complained,” he further added.

According  to local residents, the number of students increased over the years and there was a time when over a thousand came to study at platforms 1 and 2. For two hours every morning and evening, both platforms turned into a huge group study centre for young aspirants planning to appear for government recruitment examinations like railways, SSC, UPSC, etc.

IPL 2019: ‘We will be talking about Shubman Gill for many many years’