Sitharaman said this is a government where the Prime Minister and other ministers have been pilloried but the response has been positive. 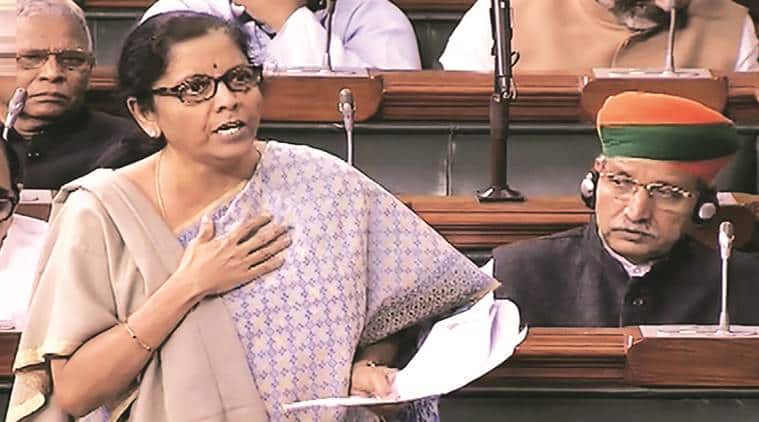 Dismissing the Opposition’s charges about the “atmosphere of fear” in the country, Finance Minister Nirmala Sitharaman on Monday said it is unfair to aver that the government is not willing to hear criticism.

Replying to the debate on Taxation Laws (Amendment) Bill in Lok Sabha, Sitharaman said, “To say the government is not willing to hear criticism is unfair, absolutely unfair. We take criticism, we respond to criticism; and therefore the Home Minister responded to the eminent senior industrialist. We do listen and respond.”

She also said, “I have been told that I am the worst Finance Minister. They (Opposition) are not even waiting for me to finish my term. I told them, ‘please give me more ideas, we will work on it’. If there’s a government that listens, it is PM Modi’s government.”

Sitharaman said this is a government where the Prime Minister and other ministers have been pilloried but the response has been positive.

Referring to industrialist Rahul Bajaj’s remarks at an event in Mumbai on Saturday that people are afraid of criticising the NDA government’s policies, and Home Minister Amit Shah’s reply to it, Sitharaman said, “We are a responsive government ready to hear every section, every segment, and take corrective measures. The Home Minister heard every word and I was also on the dais. Only after hearing all remarks we responded.”

Earlier in the day, initiating the debate on the Bill, Congress’s Lok Sabha leader Adhir Ranjan Chowdhury attacked the government saying that the “atmosphere of fear needs to be obviated”.

Without naming Bajaj, he said, “Investors and industrialists don’t have faith (in the government). Yesterday, or the day before, they (industrialist) said there is an atmosphere of fear and uncertainty. That is why they (investors) fear to invest. Now all your ministers are behind them and have started scaring (them). I know they will now just back down but they (industrialists) have spoken the truth.”

Moving a statuary resolution against the Taxation Laws (Amendment) Ordinance, 2019, which will be replaced by the Bill, Chowdhury also wanted to know from Finance Minister the positive impact she has observed after promulgation of the ordinance.

At the end of her reply, Sitharaman hit back at Chowdhury and said, “I am not nirbala (weak). Every woman in our party is sabala (strong)…I am Nirmala, and I shall remain Nirmala.”

She also took on the main opposition for the alleged nepotism in the party and said there are “no jijas (brothers-in-law) in our party, only party workers”.

Shiv Sena MP Arvind Sawant and NCP’s Supriya Sule also raised Bajaj’s remarks while speaking in the House. Sule said, “I come from a state which is probably one of the most developed in this country. The entire market is from Mumbai. It works even on sentiments. Now there is a fear sentiment and somebody has raised it, and the Home Minister compliments it by correcting it. Shri Bajaj is one of the tallest business leaders. If he says something, I think we should take it positively. He used to criticise our (IPA) government, too, but we took it positively.”

‘There was no intelligence failure in Pulwama attack’: Government in Parliament

Demi Lovato isn’t pregnant! Baby bump is just a pretend one for Will and Grace

Delhi: ‘Ghar wapsi’ for 40 who left BJP during MCD polls

Esha Gupta calls for end to rape culture: ‘Want a society where men stand with women’

A guide to the Sunshine Vitamin: What to eat to avoid Vitamin D deficiency

'Gulabo Sitabo' music review: Folk for the win
We and our partners use cookies on this site to improve our service, perform analytics, personalize advertising, measure advertising performance, and remember website preferences.Ok