The TMC MP had on Wednesday issued a statement on her separation from her husband, saying she does not need to get divorced as her marriage with Nikhil Jain was never valid under Indian law. She added that they had separated long ago. 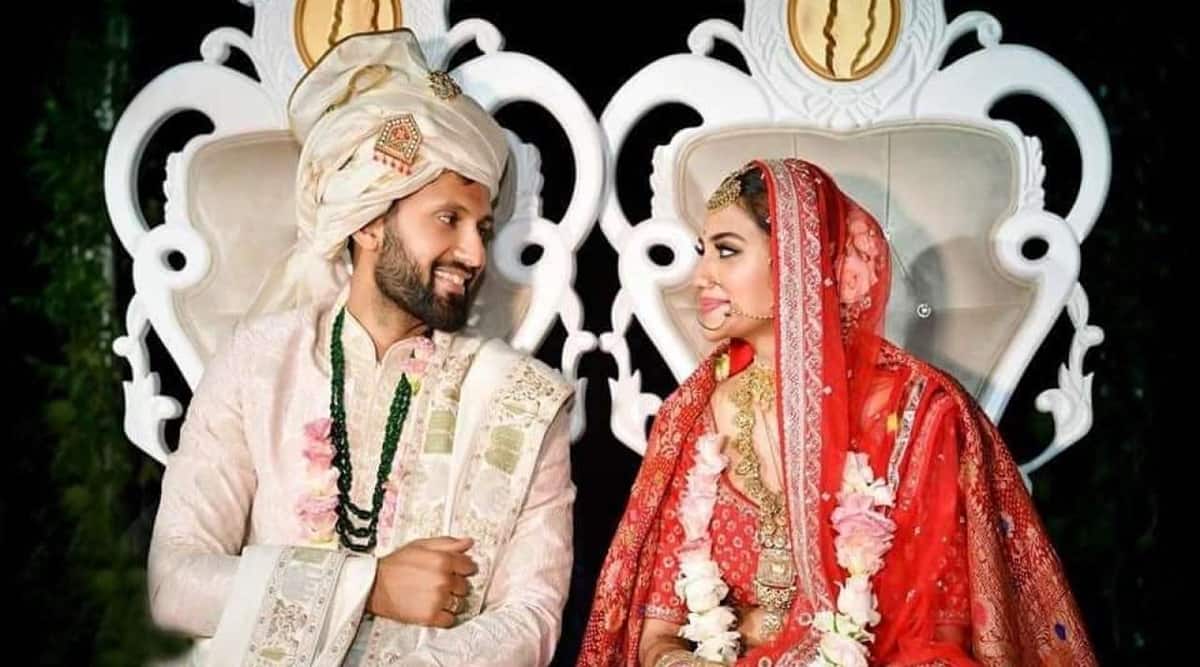 Day after Trinamool Congress MP Nusrat Jahan claimed her marriage was never valid under Indian law, her estranged husband Nikhil Jain Thursday said the “allegations made by her are all baseless and derogatory and devoid of truth.”

Stating that he is “dismayed” by the recent allegations raised against him and his family, Jain said “it has become imperative for him to disclose some facts about his married life”.

Issuing a statement, Jain said he had proposed to Nusrat “out of love”, which the actor-MP “gladly accepted”. After this, they “went for a destination marriage in Bodrum of Turkey in June 2019 followed by a reception at Kolkata.”

He said they lived together as husband and wife and introduced themselves as a married couple in the society. Claiming that his “unconditional love for Nusrat is unchallenged”, Jain said, “I devoted all my time and resources in being a faithful and responsible husband.”

“However, within a very short period, she changed her attitude towards married life with me,” he said, adding that her behaviour started changing “since August 2020 during the shooting of a film.”

The TMC MP had on Wednesday issued a statement on her separation from her husband, saying she does not need to get divorced as her marriage with Nikhil Jain was never valid under Indian law. She added that they had separated long ago.

In her statement, the parliamentarian said since her marriage with Jain was an interfaith wedding solemnised on foreign land as per Turkish marriage regulations, it was invalid under the Special Marriage Act in India.

Of late, there have been speculations of a rift in the marriage, with reports claiming that Nusrat is dating fellow actor Yash Dasgupta, who unsuccessfully contested the recent Assembly elections on a BJP ticket.

“As per court of law, it is not a marriage, but a relationship or a live-in relationship. Thus, the question of divorce does not arise. Our separation happened long back, but I did not speak about it as I intended to keep my private life to myself…The alleged marriage is not legal, valid and tenable; and thus not a marriage at all in the eye of the law,” Nusrat added.

Further, without naming anyone, Nusrat said the “one who claims to be rich” had been taking money from her bank account.

Meanwhile, Jain, in his statement, has claimed that he, during their stay together, had requested Nusrat numerous times to get the marriage registered, which the actor avoided.

On November 5 last year, she moved out of his flat with her personal valuables, Nikhil said, adding that they never stayed together as husband and wife thereafter.

Further saying he “felt cheated” after seeing various social media reports of her outings, Jain said he was compelled to file a civil suit against Nusrat on March 8 for annulment of the marriage.

Concluding his statement, Nikhil requested the media to refrain from making comments on personal matter and sub judice matters.

Nusrat, in her statement, had also alleged that her assets and jewellery had been illegally held back by Nikhil.

Without a wall, garbage yard poses risk to wildlife

Saudi Aramco valuation set at up to $1.7 trillion, no overseas roadshows for IPO

Wow! Check out these scarfmasks!

During talks with Trump, Modi targets Imran, says ‘incitement of anti-India violence not conducive to peace’

COVID-19 and its mind games with the young and old