A video clip showing a woman lying motionless on the ground at the Muzaffarpur railway station in Bihar, her son playing with the cloth covering her — unaware that his mother had died became an emblem for the trauma faced by lakhs of migrant workers returning home to escape the lockdown distress. 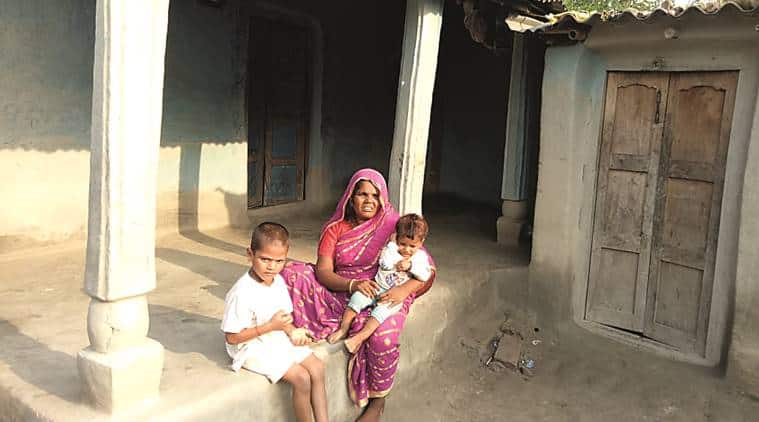 IN JUST a few seconds, the video clip became a powerful emblem for the trauma faced by lakhs of migrant workers returning home to escape the lockdown distress. It showed a woman lying motionless on the ground at the Muzaffarpur railway station in Bihar, her son playing with the cloth covering her — unaware that his mother had died.

Today, that image has a name, a devastated family, a single-room asbestos-roofed house in Katihar’s Maradangi village, and a cloud of unanswered questions.

Caught in the swirl are Arveena Khatoon’s two sons — Armaan (4) and the child in the video, Rahmat (18 months) — and her stunned parents, Shairoon and Voka Mir, a landless daily wager. Arveena’s husband had deserted her two years ago.

“Now I have to become a mother all over again for these children,” says Shairoon. “Her death in front of my eyes keeps disturbing me,” says Mohammed Wazir, Arveena’s brother-in-law who accompanied the 35-year-old and her children on the train journey.

The death has shaken the state, too.

Bihar’s Social Welfare Department has assured Rs 4,000 per month to Arveena’s parents for her two children, assistance under the Mukhyamantri Awas Yojana and a one-time grant of Rs 20,000 from the CM’s family benefit scheme. The family has also got Rs 5 lakh from Leader of Opposition Tejashwi Prasad Yadav.

But the death has left a trail of questions, too.

Wazir claims Arveena died because she “did not get proper meals” on the Shramik Special they boarded from Ahmedabad on May 23. Her family says the body was handed over “without a post-mortem” and that “no sample was taken for a Covid test”.

In its inquest report, the Railway Police describes it as a “natural death” on the train in Chhapra while citing witnesses to also mention “food poisoning” as a probable cause. And the Katihar administration says there was no post-mortem done because the family had conducted the burial “without informing” them.

The answers are hard to find.

Wazir had initially told reporters that there was “no lack of food” on the train. Speaking to The Indian Express on Friday, he says: “I was not in my senses at that time, I did not know what I was speaking. We had the first meal in Ahmedabad on May 23 and the second only in Muzaffarpur on May 25.”

Officials question the claim. Katihar District Magistrate Kanwal Tanuj says “the body was buried without the administration being informed”. Tanuj, however, assures that the “family will be allotted land to build a home”.

For Shairoon and Mir, sitting together outside their home on government land, none of this has sunk in.

“She was our third daughter and we had got her married to a man from UP’s Bareilly seven years ago through a broker. Her husband, Mohammed Islam, took her to Bareilly only twice and divorced her two years ago, when she was pregnant with Rahmat,” says Shairoon, 55.

“We have no agricultural land and my husband cannot do any strenuous physical work… it was getting difficult to keep her with us. There is hardly any job for women here,” she says.

It was then that Wazir, who is married to one of Arveena’s three sisters, suggested that she stay with his family in Ahmedabad and find work.

“She came with her children eight months ago, and started work as a helper to masons at construction sites, earning about Rs 300 per day. She was happy. We were sharing a rented accommodation… my wife and son, and Arveena with her two sons,” says Wazir, adding that he used to earn Rs 7,000 every month as a construction worker in Ahmedabad.

“But the lockdown changed our lives so quickly,” he says.

Arveena father says he had to borrow Rs 3,000 for his daughter last month. “But as the lockdown continued, with no hope of things becoming normal, they decided to return to the village for work,” says Mir, 60.

On Monday, with Rahmat playing nearby, the body was kept on the platform for about an hour-and-a-half till an ambulance arrived. “I was waiting to receive my daughter. But she came home in a coffin,” says the father.

Delhi govt working on online hospital management system to do away with long queues: Kejriwal

News updates from Hindustan Times: Jamia Millia Islamia V-C backs her students after violent protests in Delhi and all the latest news at this hour