With increasing pressure on the Centre to vaccinate all citizens, there are expectations that External Affairs Minister S Jaishankar would be able to make progress on procurement at his likely meeting with vaccine manufacturers in the US. 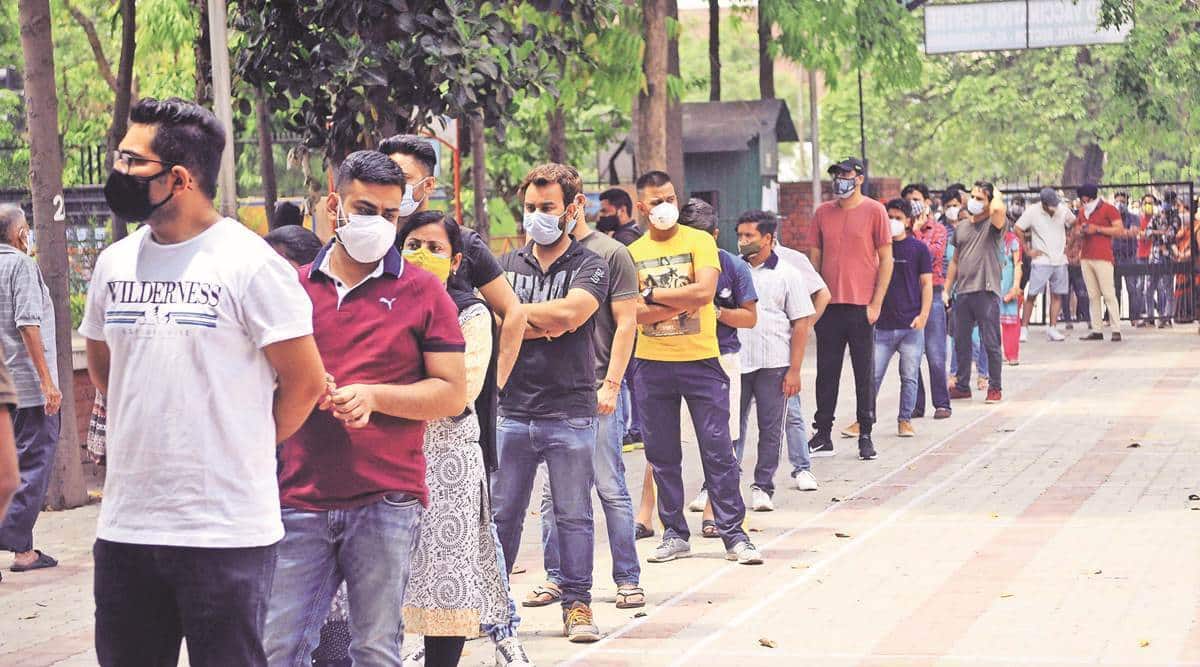 AFTER GLOBAL VACCINE manufacturers told states they will deal only with the Union government, states are again demanding in chorus that the Centre import and distribute vaccines to all states without losing time.

With increasing pressure on the Centre to vaccinate all citizens, there are expectations that External Affairs Minister S Jaishankar would be able to make progress on procurement at his likely meeting with vaccine manufacturers in the US.

He left for the US on Monday and will meet senior US administration officials including US Secretary of State Anthony Blinken.

After Moderna conveyed to Punjab last week it won’t sell directly to states, Delhi Chief Minister Arvind Kejriwal Monday said both Pfizer and Moderna have made it known to Delhi that they will communicate only with the Union government.

In a letter to the Prime Minister, Vijayan wrote, “We also reiterate the request that vaccines may be provided free to all states as it should be treated as a public good from which none should be excluded.”

Several states including Rajasthan, Uttar Pradesh, Tamil Nadu, Punjab and Uttarakhand, and even the Brihanmumbai Municipal Corporation, have floated global tenders to procure vaccines since both Serum Institute of India and Bharat Biotech, manufacturers of Covishield and Covaxin have limited capacity and are unable to meet India’s demand.

While Delhi is also in the process of finalising a global tender, Chief Minister Kejriwal said, “Now there are a lot of vaccines in the international market – Johnson and Johnson, Moderna, Pfizer, and many more. The Central government should talk to them and import and distribute among the states.”

Deputy Chief Minister Manish Sisodia also lashed out at the Centre for its “poor planning”. “When they asked us to buy from manufacturers in India, we placed orders but the supply is being regulated by the Centre. The Centre puts curbs on how much we can get from private companies. The international manufacturers are saying they are talking to the Centre only. I ask the Centre to show some seriousness since this is a very serious disease,” he said.

In his letter, Vijayan said the country was facing a severe impact of the second wave. “… in the long run, the best way to resist the pandemic is building herd immunity. In order to achieve this, we need to have a universal vaccine drive.”

Delhi’s Deputy CM Sisodia also pointed out that while other countries had supported manufacturers and pre-ordered, India was lagging behind. “Across the world, countries kept an eye on vaccine development… US started investing in March 2020. Government of India kept sleeping, and is sleeping even now,” he said.

Delhi has had to largely shut vaccination centres for those in the 18-44 category as vaccines have run out. Kejriwal has said on several occasions that the city needs 80 lakh vaccines a month.

“Delhi vaccinated in mission mode and set up 400 centres for the 18-44 age group and 650 for the 45+ age group. But because of the Centre’s poor arrangements, sites for the 18-44 age group have shut in Delhi. For the 45+ category, only Centres where Covishield is being given are functional. And this is not just in Delhi, the entire country is facing this issue because of the Centre’s poor planning. They are responsible for this mess,” Sisodia said.

King Kohli back on top of the world

Bewitching in black! Blame Sonakshi Sinha for the rise in the temperature today – view pics