Meanwhile, Russian President Vladimir Putin said the withdrawal of US forces and its allies from Afghanistan has led to a new crisis. 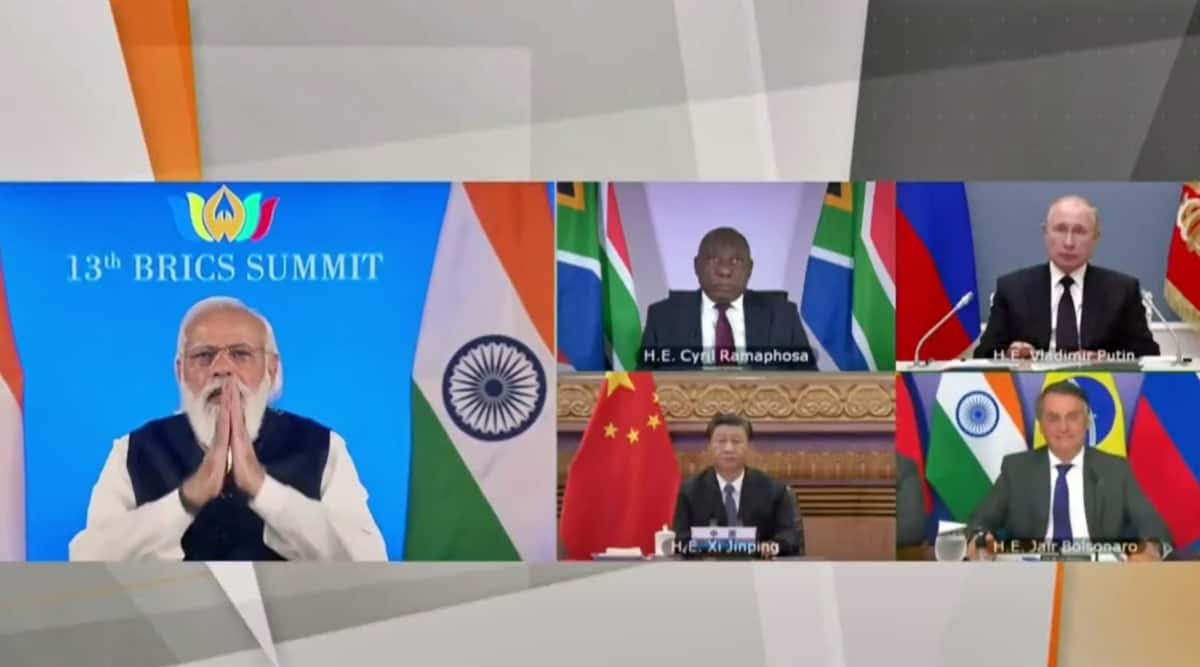 The summit comes in wake of the Taliban takeover in Afghanistan.

In his opening remarks, Prime Minister Modi said that BRICS made many achievements in the last one and a half decades. “Today we are an influential voice for the emerging economies of the world,” Modi said in his address. He also thanked members for providing full cooperation to India during its chairship.

“Despite the Covid-19 situation this year, over 150 BRICS meetings and events were organised. Of these, over 20 were ministerial-level. We tried to expand the BRICS agenda. BRICS achieved many firsts this year…Our Water Resources Ministers will meet in BRICS format for the first time in November,” Modi said.

Meanwhile, Putin said the withdrawal of US forces and its allies from Afghanistan has led to a new crisis. “It is still unclear how this will affect global and regional security. It is for good reason that our countries have paid special attention to this issue,” Putin was quoted as saying by ANI.

“Afghanistan should not become a threat to its neighbouring countries, a source of terrorism and drug trafficking,” Putin added.

This is the second time Prime Minister Modi is chairing the BRICS Summit. Earlier he had chaired the Goa Summit in 2016.

Now RGV to charge for the trailer too!

The truth about Tyler Cameron and Gigi Hadid’s relationship

Claim of ‘no deaths due to lack of oxygen’ very unfortunate and sad: Mayawati