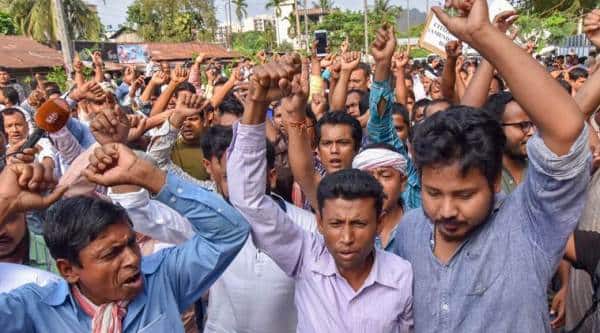 In the face of severe criticism from tribal parties against Union Cabinet approval for Constitutional amendment in upgrading 10 autonomous district councils of Northeast India, Tripura’s ruling BJP has claimed the decision is a ‘historic’ and ‘landmark’ move for tribal development in the region.

Tripura Law Minister Ratan Lal Nath termed the Union Cabinet decision ‘historic’ and ‘landmark’ move and said it would go a long way in fulfilling the aspirations of the indigenous people living in Northeast India. He claimed that after being upgraded to a territorial council, Tripura’s tribal autonomous council would have no dearth of fund flow for development works.

BJP Scheduled Tribe (ST) Morcha earlier moved a demand for renaming the TTAADC as Tripura Tribal Autonomous State Council and providing it additional powers, direct funding etc. When asked if they have veered away from the demand, Rampada Jamatia, who is also president of the party’s state ST Morcha, said name didn’t carry any importance.

“We demanded Tripura State Council. Name doesn’t matter but what matters is that more financial powers would be granted to the Tripura autonomous council,” he said.

Meanwhile, Tripura’s ruling ally Indigenous Peoples Front of Tripura (IPFT) has claimed that a territorial council would not solve problems of tribal people of the state. IPFT spokesperson Mangal Debbarma said his party would stick to demand of ‘Tipraland’, a proposed separate state for tribal communities.

Indigenous Nationalist Party of Twipra (INPT), another prominent tribal party of the state, claimed the Union Cabinet decision was ‘jumla’ to woo tribal voters in Northeast states before the forthcoming general election.

National Conference of Tripura (NCT) president Animesh Debbarma echoed the sentiment and said the decision is ‘eyewash’ to win over tribal voters ahead of Lok Sabha polls.

However, CPI(M) tribal frontal wing Tripura Upajati Gana Mukti Parishad (TUGMP) chief Jitendra Chaudhury welcomed the Union Cabinet move as ‘apparently positive’ and said he would wait for the details in complete bill which is expected to be placed in the Lok Sabha session starting January 31.

The amendment would mandate the Finance Commission for recommending devolution of financial resources to these 10 autonomous councils apart from introducing provisions of transferring 30 additional subjects to the councils.

It also said that seats would be increased in all these territorial councils except the one in Tripura.

One nation, one permit for tourist vehicles