There is only one aircraft carrier — INS Vikramaditya that was commissioned in 2013 — at the moment while a second Indigenous Aircraft Carrier (IAC-1) is under construction, which, according to Admiral Singh, will be ready by 2022. 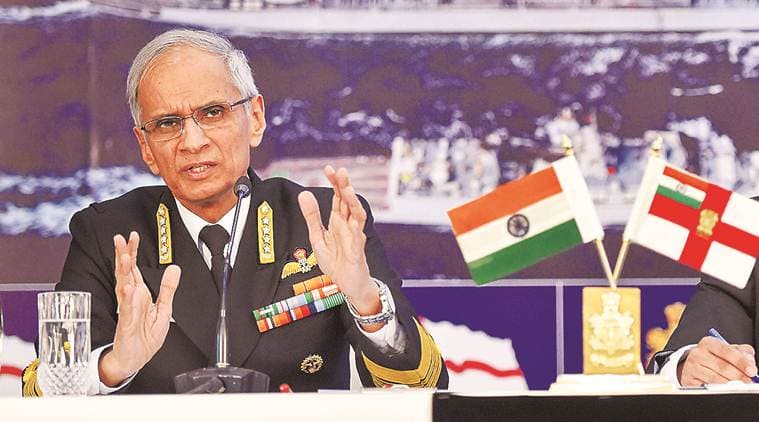 Navy Chief Admiral Karambir Singh Tuesday said the Navy was preparing its case to convince the government to have three aircraft carriers so that two carrier battle groups can be deployed in the Indian Ocean Region at any given time even as the share of the Indian Navy has reduced in the defence budget.

There is only one aircraft carrier — INS Vikramaditya that was commissioned in 2013 — at the moment while a second Indigenous Aircraft Carrier (IAC-1) is under construction, which, according to Admiral Singh, will be ready by 2022.

“As Naval Chief I am convinced that the country requires three aircraft carriers so that two of them are operational at any given time. We are just preparing our case, we are finalising our requirements to go up to the government for the Acceptance of Necessity (AoN). Once the AoN is given then we will get into the consultancy of the exact contours of the carrier,” he said.

The Navy chief earlier pointed out that the Navy’s share of the defence budget “has declined from 18 per cent in 2012 to approx 13 per cent” in the current financial year. “While, we have projected our requirement to the government, we remain committed to progress force modernisation, using the available resources optimally,” he said, adding that “in the face of shortages, emphasis is on prioritisation, rationalistion and economy of expenditure”.

On how the Navy will cope with the reduced budget, Admiral Singh said that “our planning is done based on the capabilities we require for the country and they are balanced out with threats, budgetary limitations”. “Based on that we make the maritime capability perspective plan,” he said.

Expressing hope of getting more funds, the Navy Chief said that “our budget has declined, but we projected this and our hope is we will get some money and will prioritise our requirement”.

The Navy Chief pointed to “another milestone” of the “induction of women pilots in MR stream, which is the mainstream maritime surveillance wing of the Naval Air Arm”. He said that three women officers have been selected to undergo pilot training and Sub Lt Shivangi successfully completed her Stage II training at Kochi on Monday, “making her the first woman pilot of Indian Navy”.

The other two officers, he said, will be graduating this month.

A budget breather for RTC

3 persons test positive for COVID-19 in Jharkhand, total at 164

3 members of a family die in accident

‘If you poked Sourav Ganguly, you were going to get it back’: Graeme Smith on former India captain

Video: Bachchans’ home gets sanitised
We and our partners use cookies on this site to improve our service, perform analytics, personalize advertising, measure advertising performance, and remember website preferences.Ok