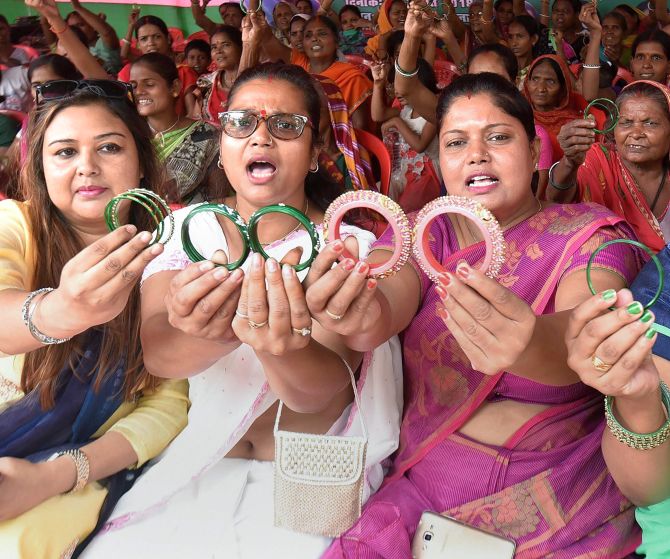 Six officials of Bihar’s social welfare department, which has drawn flak after the sexual abuse of girls at a state-funded shelter home in Muzaffarpur came to light, have been placed under suspension on account of “negligence and dereliction of duty”.

Notifications to this effect were issued on Saturday.

The officials put under suspension were posted as assistant directors of Child Protection Units in Muzaffarpur, Munger, Araria, Madhubani, Bhagalpur and Bhojpur districts.

All the officials, suspended with immediate effect, have been charged with “failure to take adequate legal action” with regard to “assault, indecent behaviour and other
undesirable activities” at shelter homes within their respective areas of jurisdiction.

The Muzaffarpur shelter home incident had surfaced in a social audit conducted by Mumbai-based Tata Institute of Social Sciences.

An FIR was lodged by the state social welfare department in June, which led to the arrest of 10 people.

Medical reports have confirmed sexual abuse of more than 30 girls formerly lodged at the shelter home, which has since been sealed. The case has been handed over to the CBI.

The suspension orders also pointed out that TISS had flagged anomalies, which the officials “did not bring to the notice of higher officials in inspection reports”.

The six officials were directed at a state-level meeting in May to take necessary action in the light of the audit report’s findings, but their failure to do so resulted in lack of timely action against the guilty, which has caused “an embarrassment to the department and the government”, the suspension orders added.

Sasi Kumar goes down to Baghdatis

Ahead of pro-Khalistan rally, U.K. bats for right to protest

Opposition parties slam PM for going ahead with poll programme

RUMOUR HAS IT! With 45 lakh a week, Anup Jalota becomes the highest paid contestant of Bigg Boss 12 followed by Karanvir Bohra