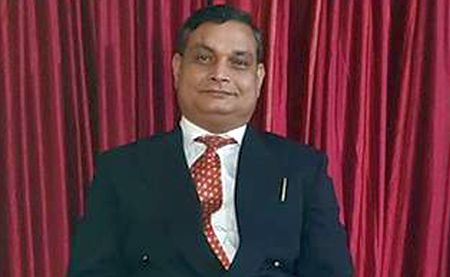 Brajesh Thakur, the main accused in the child sexual abuse case, has been resting it out for the past 40 days.
M I Khan reports from Patna.

Brajesh Thakur, the main accused in the sexual abuse involving 34 girl inmates at a shelter home in Muzaffarpur, Bihar, managed by his NGO Sewa Sankalp Evam Vikas Samiti, is resting in a hospital ward and is not in jail.

Thakur, 50, was arrested on June 3. On June 27, he was shifted to the Sri Krishna Medical College and Hospital in Muzaffarpur where he remains.

After the issue surfaced in the local media, Muzaffarpur Central Jail Superintendent Rajeev Kumar Jha asked for a report on Thakur’s condition from the jail’s medical officer.

In his report the jail medical officer stated that Thakur suffers from high blood pressure and that his pulse rate was not normal.

Thakur, whose NGO ran several shelter homes in the state, is one of the 10 people arrested for the alleged rape and torture of the minors over the past four years.

The girls were allegedly drugged, raped, forced to sleep naked and scalded with boiling water by Thakur and his staff, a police chargesheet revealed.

“Why has Thakur been allowed to remain in hospital when his place is in jail?” asks Rashtriya Janata Dal spokesperson Shakti Singh Yadav.

“This reveals how well connected Thakur is with the top brass of the state government,” Yadav alleged.

The Central Bureau of Investigation, which is probing the case at the shelter home, is yet to take Thakur into remand to interrogate him.

According to sources, a senior police officer received calls from past and present Union ministers soon after Thakur was arrested.

US will surely understand: Jaishankar on S-400 deal

Man slides inside tiny hole with help of others to rescue goat. ‘It takes guts,’ say people