What is this plan, and why does the city need one? How vulnerable is Mumbai to climate change? 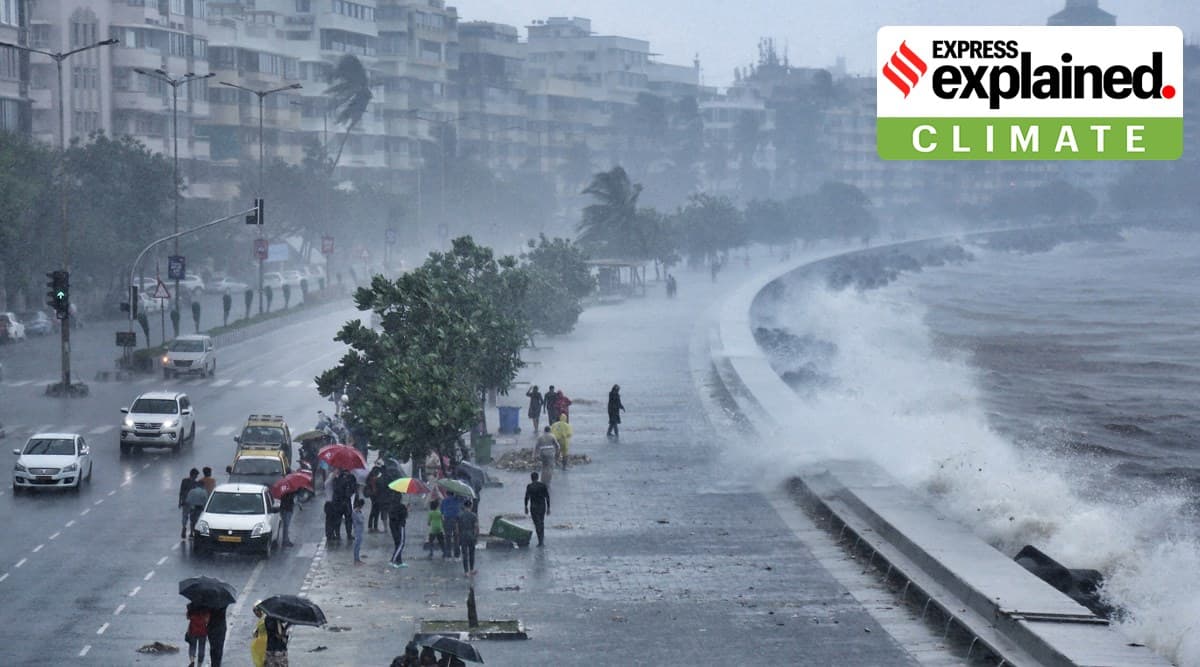 The Brihanmumbai Municipal Corporation (BMC) is drafting a Mumbai Climate Action Plan (MCAP) in a bid to tackle climate challenges. It recently launched a website for the same. What is this plan, and why does the city need one? How vulnerable is Mumbai to climate change? The Indian Express explains:

What is the Mumbai Climate Action Plan?

The plan is currently being drafted. On Friday, a website was launched seeking suggestions and ideas from citizens and experts on climate action. Entries are accepted till September 20. The plan is expected to be ready by November ahead of the United Nations Climate Change (COP26) conference.

Why does Mumbai need a climate action plan?

As per a study conducted by the World Resource Institute (WRI) India on Mumbai’s vulnerability assessment, the city will face two major climate challenges — the rise in temperature, and extreme rain events which will lead to flooding.

The city has seen a constant rise in temperature after 2007, and a substantial increase in intense rainfall and storm events in the last five years.

A recent report from the Intergovernmental Panel on Climate Change (IPCC) has warned that at least 12 Indian coastal cities including Mumbai will face sea rise of 0.1 metres to 0.3 metres in next three decades due to climate change. Before this, in February 2020, a report from McKinsey India stated that by 2050, Mumbai will see a 25 per cent increase in the intensity of flash floods and a 0.5 metre rise in sea level, which will affect two to three million people living within 1-km from the coastline.

Mumbai’s climate action plan will help set a vision and implement strategies to fight these climate challenges with mitigation and adaptation steps.

This has been done following Mumbai’s commitment to C40 Cities climate leadership group. Mumbai joined C40 Cities group in December 2020. There are 97 cities across the world connected in C40 Cities, who are pushed to develop and implement climate action plans to address climate change by reducing greenhouse gas emission significantly. What are the climate challenges for Mumbai?

As per analysis of the India Meteorological Department (IMD) data, there has been a steady rise in air temperature over the past 50 years, with uneven increase in night time temperatures, and seasonally, faster warming of the winter months – from November to February – compared to the summer months.

Meanwhile, rainfall trends for the past 10 years show an increase in extreme-rainfall events, resulting in frequent water logging and flooding. Data collected from the BMC’s automatic weather stations (AWS) suggested that Mumbai has seen, on an average, six heavy (64.5 – 115.5 mm), five very heavy (115.6 – 204.4 mm) and four extremely heavy (> 204.5 mm) rain events per year. From 2017 to 2020, there is a steady increase in the number of extremely heavy rainfall events.

What is the greenhouse gas emission of the city?

The data show that Mumbai’s greenhouse gas emission was 34.3 million tonnes in 2019, and of which 24.23 million tonnes or 71 per cent came from the energy sector which is mainly based on coal. At least 24 per cent or 82,21,902 tonnes is from transport, and the remaining 5 per cent or 18,53,741 tonnes from solid waste management.

The maximum contribution from the energy sector was mainly due to domestic and commercial usage of electricity. As per the data, 95 per cent of Mumbai’s electricity is coal-based and needs to be shifted to renewable energy to bring down emissions.

Data for emissions for the transport, waste, and energy sectors were collected from BMC departments, other agencies, state and regional authorities, and private companies. The greenhouse gas (GHG) inventory for the MCAP was set for the base year 2019, which is the last complete year pre-pandemic.

How does BMC plan to tackle the climate challenges?

To minimise the impact of climate change, the MCAP will focus on reduction of greenhouse gas emission by sectors, and consumption patterns, for the near term (2030), medium term (2040) and long-term (2050).

For the next couple of months, BMC and WRI India will conduct a series of stakeholder consultations to seek feedback and recommendations from organisations and sector experts for the six key areas.

Sugarcane sale picks up ahead of Pongal festival