Visuals show an overflowing river Manjhi river in Dharamshala, wiping away nearly 10 shops in the area. Meanwhile, three people were killed at a village in Uttarakhand after their house collapsed in a landslide. 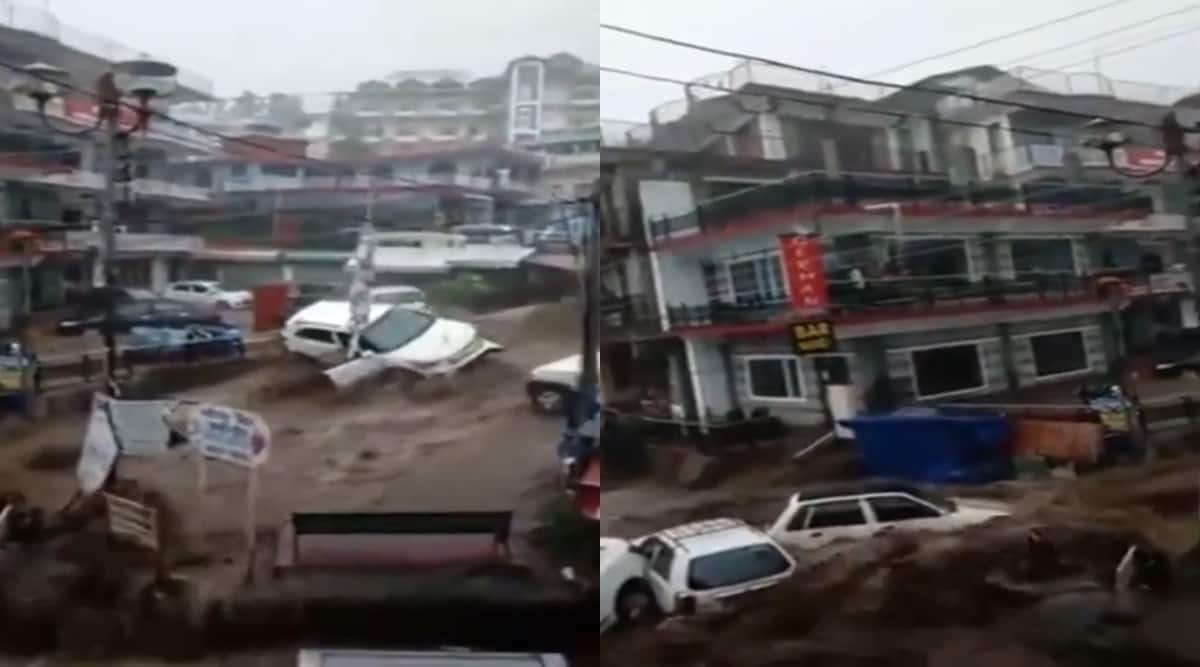 As the southwest monsoon continues to elude Delhi, Punjab and Haryana, it is wreaking havoc in parts of Himachal Pradesh and Uttarakhand.

In Shimla, the national highway near Jhakri in the Rampur area has been blocked due to the heavy downpour, ANI reported.

The state has been reeling under the threat of a surge in coronavirus cases as tourists flock to popular hill stations like Manali and Shimla, and even lesser known retreats at Naggar and Jibhi. Himachal Pradesh Director General of Police Sanjay Kundu had quipped on Saturday that the prolonged work from home (WFH) culture has turned into ‘work from Himachal Pradesh’.

States such as Uttarakhand and Jammu and Kashmir, too, witnessed torrential rain. Visuals from ANI show debris from a landslide blocking the Rishikesh-Badrinath national highway number 7 near Chamoli. In a separate incident, three people, including an eight-year-old boy, were killed at a village in Uttarakhand after their house collapsed in a landslide caused due to heavy rains.

Whereas, restoration work is underway in the Watlar area of Kashmir’s Ganderbal district after a heavy rainfall caused damage to the roads, ANI further reported.

The monsoon has also claimed the lives of twenty eight people in separate incidents of lightning in Rajasthan and Uttar Pradesh, news agency PTI reported.

20 nominations so far for Tirupparankundram

Vaccination : Over one lakh senior citizens take the jab in one week

Death toll due to acute encephalitis rises in Bihar’s Muzaffarpur

The electricity system of the future will be more decentralised

Is There Still Sex in the City? to shed light on sex, dating, and friendship in New York City after 50 | Bollywoodlife.com