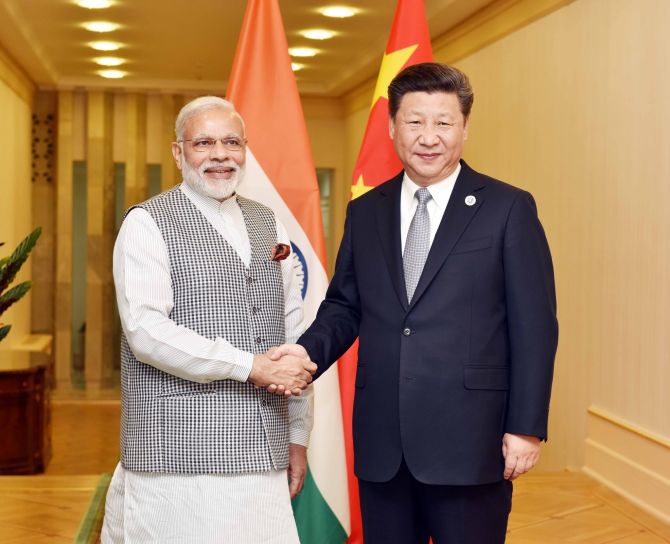 Chinese President Xi Jinping and Prime Minister Narendra Modi will meet on the sidelines of the G20 meeting in Argentina next month, China’s Ambassador to India Luo Zhaohui said on Monday.

Luo was speaking at the inauguration of the first Joint India-China Training Programme for Afghan diplomats in New Delhi.

He said the event was just the first step in Sino-India cooperation on Afghanistan and collaboration will deepen in future.

Prime Minister Modi and President Xi will meet on the sidelines of the G20 summit in November, the Chinese envoy said.

Modi and Xi have met twice after their informal summit in Wuhan this year — at the Shanaghai Cooperation Organisation summit in June in Qingdao, China, and at the BRICS Summit in Johannesburg, South Africa, in July.

The first India-China Joint Training Programme for Afghan diplomats began Monday and will continue till October 26, according to the Ministry of External Affairs.

The joint training programme is being held after an understanding for such a cooperation was reached during the informal summit between Modi and Xi in Wuhan city.

Blowing the myth that organic vegetables are costly

‘Remove Piers Morgan’ is trending, but for all the wrong reasons