On March 8, the Reserve Bank of India launched a renewed payments service for feature phones.

Although exact data on the number of feature phone users is not available, estimates suggest there are nearly 400 million such users in the country.

Unified Payments Interface has been successful among smartphone users in the country.

A Business Standard analysis shows that by the end of December 2021, India had 389 million users who did not have access to mobile Internet, while there were 765.8 million mobile Internet users in the country.

But given that pace of addition has slowed down drastically, the new service will still be helpful in onboarding more users for digital payments.

Further analysis of data from the Telecom Regulatory Authority of India (Trai) shows that the pace of mobile Internet users’ addition has been declining for the last five years, and dipped to single digits in 2021.

Last year, the government was able to add only 5.6 per cent more mobile Internet users. 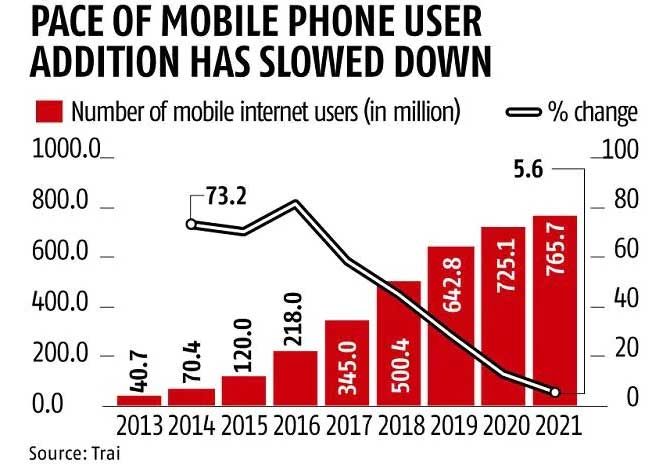 Not only has the pace reduced drastically, data indicates that it is well below the expected values from different estimates of the number of smartphone users.

The Indian Cellular and Electronics Association had said that India is expected to get 829 million smartphone users by 2022. 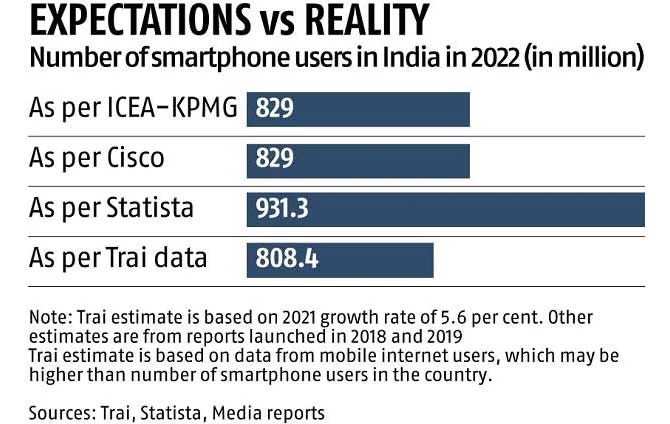 The number of smartphone users may be even less, given that some feature phones have mobile Internet capability.

A Deloitte report released earlier this year estimates India to have 1 billion smartphones by 2026, in line with the country’s current growth in mobile internet users.

The report estimated that given the proliferation of smartphones, the pace of replacement of feature phones would decline in rural and urban areas.

However, the launch of smartphones at an affordable price band may upend these forecasts.

*Kindly note the image has been posted only for representational purposes.

Efforts are on to teach engineering in Kannada, says CM