The allegation came days after a section of media reported that 15 personnel of the Assam Rifles forced their way through a check gate at Vairengte on the Mizoram-Assam border by allegedly refusing to comply with the entry and screening protocol in place to contain the spread of COVID-19 in the state. 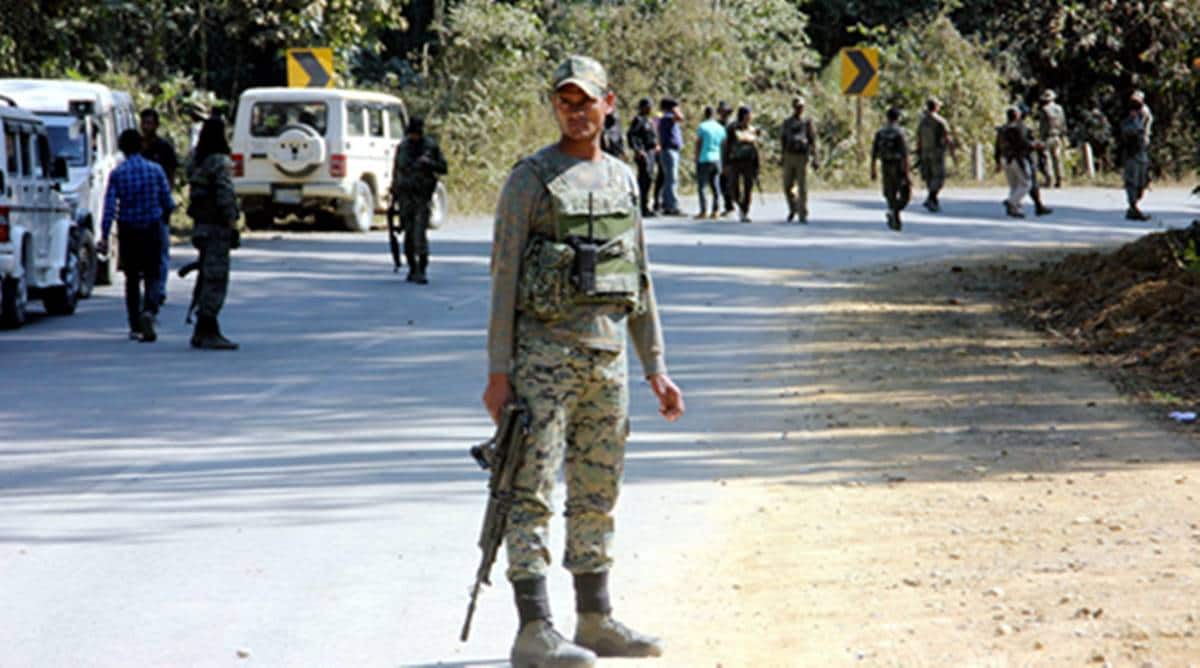 The Assam Rifles has accused the Mizoram government of violating the directions of the Ministry of Home Affairs (MHA) by allegedly restricting the “operational movement” of the paramilitary force in the state, a statement said.

The allegation came days after a section of media reported that 15 personnel of the Assam Rifles forced their way through a check gate at Vairengte on the Mizoram-Assam border by allegedly refusing to comply with the entry and screening protocol in place to contain the spread of COVID-19 in the state.

The government of Mizoram denying entry to Armed Forces in the state has “clearly violated” the directions of MHA, which has “serious implications for national security and is a cause of grave concern”, the statement said on Wednesday.

The guidelines issued by the MHA, has clearly made exceptions in respect of Defence and Central Armed Police Forces, it said.

However, the Mizoram government said in a letter, the act of “wilful disregard” of safety protocol on the part of Assam Rifles has “seriously compromised” the safety of the people and negated the sincere efforts of the state government to contain the spread of COVID-19.

The Assam Rifles statement said, “The restrictions imposed by the state government on the operational movement of Assam Rifles is seriously hampering the smooth functioning of the force impacting the primary task of guarding the border.”

The Assam Rifles has not caused any community spread of COVID-19 in the state and has been managing its coronavirus patients at its own quarantine centre at Zokhawsang near Aizawl, it said.

The statement further said that the state government had been approached several times and requested to pass suitable instructions at Vairangte entry gate and all other entry points to allow “unobstructed movement” of the armed forces.

Claiming that the personnel of the paramilitary force were not asked to undergo any medical test at Vairengte on August 18, the statement said, “Assam Rifles has always assured the state government that all its personnel entering the state will be put through the mandatory COVID-19 quarantine protocols and has never denied to undergo any medical test by state medical authorities.”

Meanwhile, the state Home Department in a letter to Brigadier Vinod S, the DIG of 23 sector Assam Rifles, on Wednesday informed him about the security personnel crossing the state border without complying to medical screening at the check gate.

The DIG was urged to ensure that such an act was not repeated by Assam Rifles personnel at a time when the state is coping with the rising number of COVID-19 cases.

The letter said, on Tuesday, at least 15 Assam Rifles personnel from 46 Battalion “forced” their way through the border gate allegedly refusing to comply with the entry and medical screening protocol set up by the state government.

“Despite various regulations, orders, guidelines and instructions issued by the state government and repeated appeals to curtail avoidable inter-statement movement of troops, the Assam Rifles has been less cooperative,” the letter said.

The entry of as many as 1,124 Assam Rifles personnel was facilitated from May to August 10 and 10 per cent of them have tested positive for COVID-19, the letter said.

Mizoram Chief Minister Zoramthanga had earlier appealed to Prime Minister Narendra Modi to temporarily withhold inter-state movement of all paramilitary personnel during August to contain the further spread of COVID-19 after a large number of coronavirus cases in the state were found among personnel of the security forces, a separate statement issued by the department said.

According to the Health Department, at least 339 security personnel have tested positive for COVID-19 so far, accounting for 38.83 per cent of the total 873 cases.

Of the 339 security personnel, 101 were from the Assam Rifles, 230 from BSF and four each from the CRPF and the Army, it said.

Was Carl Sagan right about life on Venus? India can help find out more

The UN must reform to stay relevant